7 Clear Signs That A Scorpio Man Likes You (Is he Attracted?) 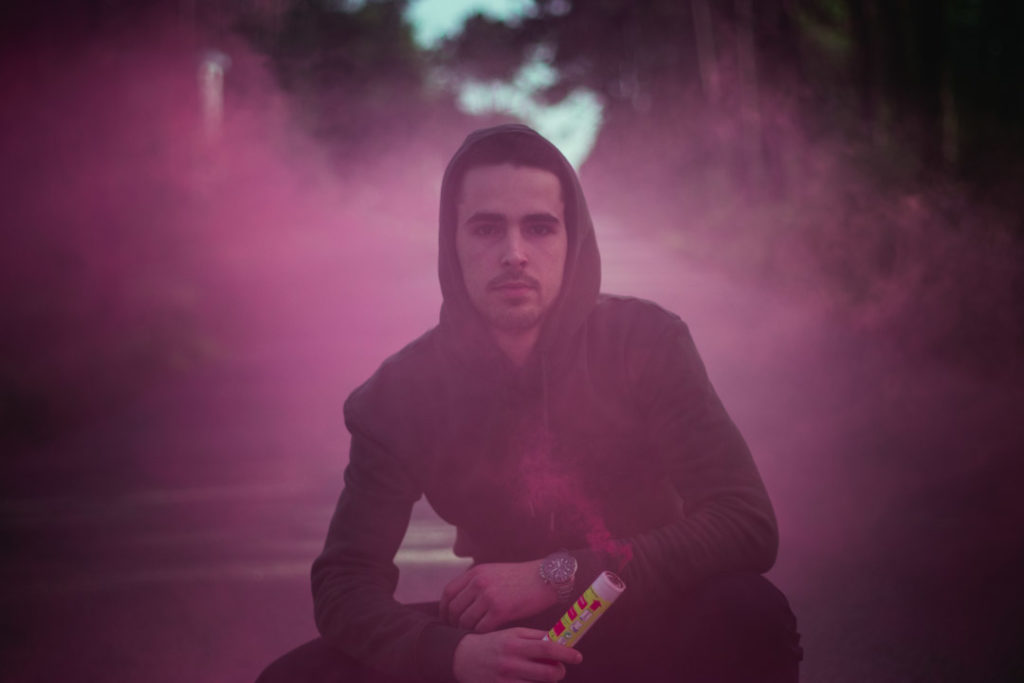 So, you’re wanting to know if a certain Scorpio guy likes you.

And if he does? Well, I hope you know what you’re in for! These guys are intense right out of the gate in relationships.

But before we get too far into contemplating the potential relationship – let’s sort out whether he’s truly attracted to you. Because these guys can be tough to read.

Lucky for you, I’m a Scorpio man myself! Yes, this site is made by a Scorpio. I know how all of the signs act when they have a crush, but I know Scorpio guys especially well. And by the end of this article, you will too.

So buckle up and get ready to dive into this cautious and complicated man. You’re about to discover all the subtle clues he reveals when he’s interested in a woman.

This is #1 for a reason. Eyes are the windows to the soul and can tell so much about a person – especially if that person is a Scorpio! These guys have the most intense eyes in the zodiac.

If a Scorpio man likes you, you can glimpse his longing for you when you lock eyes with him. If you catch eye contact with him and he holds your gaze, expect to feel a flutter or a shudder because of how transfixed and penetrating his eyes are as they bore into you. You might even feel caught off guard and a little perplexed. How can he infuse so much emotion into his steady gaze?

If he averts his gaze from yours, it can also be a sign of much you affect him. Shy Scorpios won’t be able to hold eye contact for long with a woman they’re into. The important thing here is how strong his reaction is to you when you meet eyes. Is he calmly looking at you and then glancing away unflustered? Or do his eyes dart away super fast, almost like he doesn’t want you to “see” him or that he’s been looking at you?

Another thing you can look at: is he’s catching glances at you when you’re not looking. Scorpio guys silently observe the people around them, especially a crush. Their nature is like a predator. I don’t mean that in a negative way, just that these guys examine the target of their affection intensely in an effort to understand them. Like a leopard stalks the patterns of its prey.

So, what are his eyes doing?

Related: 4 Key Steps to Get a Scorpio Man to Chase You

2. He regularly initiates conversations with you

A Scorpio who’s crushing on you will want to talk with you a lot. These guys are the Zodiac’s investigators and tend to be consummate romantic detectives.

When a Scorpio is into you he’ll look for endless opportunities to peer into your mind. He won’t harass you or try to initiate conversation constantly. He’s far too calculating for that and doesn’t want you to feel like he’s coming on too strong. But he will take advantage of any realistic chance to get you talking.

When talking with a Scorpio guy who’s into you, expect him to ask you a lot of questions about your life. And expect these conversations to progress into you revealing deep and vulnerable information about yourself. These guys have a knack for getting to the heart of your life experience. He does this because he wants to understand if you’re a good fit for him.

Also, expect him to text or call a lot when you’re not around.

3. He’s respectful and shows genuine interest in you as a person

Scorpio guys are generally quite deep and seek partners who are deep as well. They rarely enjoy superficial people, relationships, or romances. At least not in the long-term.

If he likes you, he’ll display his depth early on with genuine interest, attention, and immersive focus. He’ll want to know about your past, your current life, your future. This includes connecting with your deepest emotions and potentially your biggest traumas. These guys move quickly in this arena.

Even when he presses for sensitive information about you, he won’t be crash or pushy about it. There’s patience to Scorpio. He knows what he wants and will confidently work through the process of seduction in a relaxed manner that respects your boundaries and process. (The good Scorpios will do this, at least).

Some other ways he may exhibit a genuine interest in you:

4. He opens up his body language with you

Scorpios prefer to keep their cards held close to their chest. This is why it can be hard to figure out when they’re attracted to you.

But, like all men, they tend to signal their interest in a woman with their body language. This can be a conscious maneuver on their part, but many times it’s done unconsciously.

How do when a Scorpio man is signaling attraction via body language? Here’s what to look for:

5. He’s getting physically closer to you

A Scorp guy who’s into you will bridge all gaps between you. First, he will start in with your mind. Then he’ll move on to your physical body.

Are you noticing that the physical gap between you has been getting narrower and narrower? Is he finding innocent reasons to get closer to you? Is he standing closer? Leaning towards you when you talk? Pressing into you?

You can test his desire for physical closeness by getting a little closer to him yourself. How does he respond?

6. He creates opportunities to spend time with you

A Scorpio guy who’s into you will work to spend time with you.

Here are some examples of ways he will try to spend more time with you:

7. He treats you differently than other women

This is the most important section of the article. Because nothing that’s written above matters if he naturally acts in those ways with many women in his life.

To really be sure that he likes you, you’ll want to verify that he’s showing attraction-signaling behavior to just you (or possibly a couple of women that he’s potentially interested in) – but no more.

Here are some examples of him treating you differently:

Related: How a Scorpio Man Tests You

So, after reading this what do you think? Do you think he’s interested in you, or not? Do you have more questions?

12 thoughts on “7 Clear Signs That A Scorpio Man Likes You (Is he Attracted?)”