10 Clear Signs That a Taurus Man Likes You (Is He Interested?) 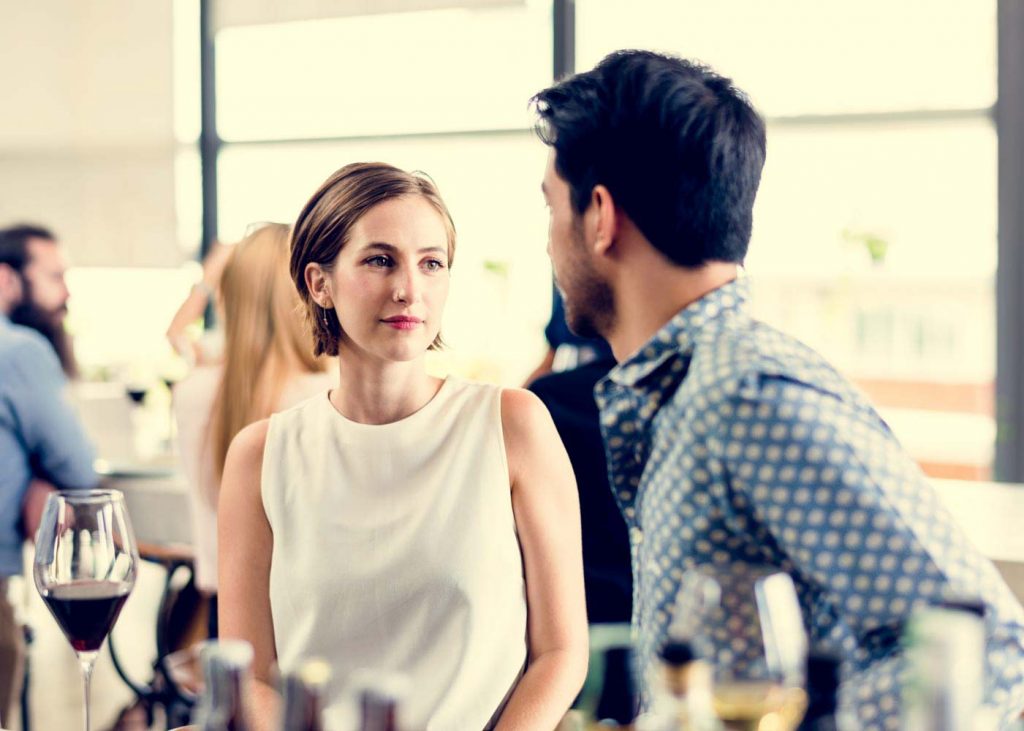 The Taurus man is sweet, level-headed, and genuinely romantic. But he can also be shy and cautious. He will hide his feelings for someone until he believes that the attraction is mutual. This makes it challenging to discover if a Taurus man has developed romantic feelings for you or not.

In this post, you’ll learn the signs and signals that a Taurus man likes you and wants to become more than just friends.

1. He focuses on you with his eyes

When a Taurus man likes you, his eyes linger on you longer than expected.

If you make eye contact with him, he either holds his gaze with yours until you look away (if he’s confident). Or, more likely, he will break eye contact and look a little bit uncomfortable. Taurus men can be shy and nervous around a crush, so the chances are that he’ll look away.

The essential factor in gauging his attraction is how strong he reacts to making eye contact with you. It doesn’t matter if he confidently holds eye contact or quickly averts his eyes – the important thing is the potency of his reaction. The stronger his response, the more likely it is that you’re having an effect on him and that he likes you.

A Taurus man that likes you will continue to look your way until your eyes meet again. This time he will hold his gaze to signal some male dominance in an attempt to draw you in. If he averted eye contact with you at first, pay attention to how he reacts next.

Additionally, check to see if he’s glancing at you when you’re not looking. When this man is interested in you, he will look at you a lot more than usual. If you’re doing an activity with him and he keeps glancing at you to see if you’re enjoying yourself, this means he’s invested in your enjoyment and is sure to have feelings for you.

Another tip: If you’re at a gathering together and something entertaining or unusual happens, check to see who he looks at first to share a reaction with. If it’s you, this is an added sign of his interest.

Taurus men are highly physical and sensual people. They’ll typically use their body language to display interest in a potential partner.

Look for these signs of interest from a Taurean man:

It’s helpful to compare how he acts around you to how he acts around others, especially other women. So while in a group together, be aware of his interactions. See if he slumps a little or otherwise reactively shifts his body or expression. To test his reaction/body language response to you, mention that you might be interested in/have interest from another guy.

3. He showers you with a ton of compliments

Taurus men tend to be thoughtful, complimentary, and sweet. When attracted to a woman, they’ll often show their interest through affectionate remarks.

He might compliment your hair, style of dress, personality, or some other feature about you. He’ll also be complimentary of any changes in your looks. This shows he’s paying close attention to you.

Now, the more he chooses to compliment your personality or skills over your looks, the more you mean to him. Any man can compliment a woman’s looks to get something from her. Still, a man who has powerful feelings for you will praise the deeper qualities of your personality.

4. He’s respectful and shows genuine interest in you as a person.

As mentioned, Taurus men are typically thoughtful and sincere individuals.

They care a lot about their friends and consistently seek to be supportive and caring.

When a Taurus man likes you, he will be genuinely intrigued by all aspects of your character. He might ask many questions about you and your history and remember numerous details you’ve shared (Taurus are known for their memory). He’ll also give you his undivided attention (no phone), take an interest in some hobbies that you like, and confide in you emotionally.

If your Taurus guy is doing these things, it’s a sign that his interest in you goes beyond simple attraction. He’s into you.

Related: 7 Obvious Signs a Taurus Man is Using You

5. He treats you differently than other women.

If he’s doing this, it’s a massive clue that this Taurus guy likes you.

Here are some signs that he’s treating you differently:

He goes out of his way to help you with things, but not for other women.

He pays you a lot more attention than the other women around him.

He compliments you more than the other people around him, especially the women.

He trips over his words with you or says strange off-cuff things but doesn’t do so with other women.

He laughs at all of your jokes, funny or not, but won’t be so quick to laugh at another woman’s humor.

He reacts to you immediately with a smile or soft gaze yet hardly reacts with other women.

He teases you and is playful and jokey with you, but not so much with other women.

He seems to show off or want to be seen by you, but not with other women.

He’s conversationally engaging and plays linguistic games with you but doesn’t do the same with others.

He lets you win at games or competitions but doesn’t allow other women to beat him.

He showers you with comfort & food (Taurean favorites) but doesn’t seem to extend this invitation to other women.

6. He invites you into his routine and inquires about yours.

Routine is sacred to the Taurus man. Taurus is the ultimate creature of habit and tends to keep the same controlled routines for long periods, even for years at a time.

If a Taurus man invites you into his schedule or asks about your routine, it means you’re standing out to him and that he thinks you might be worth adding to his highly arranged life.

He might tell you what he’s doing and invite you to join him (either directly or indirectly). He might hint that he wants you in his weekend plans by asking what you like to do on the weekends.

Since he is so conscious about habit and routine, he will ask for details about yours: when you go to sleep, when you work, when you are available, etc. This way, if he calls or contacts you, he can sync up with the best times for you.

Spending some quality time with you is the next step for the Taurus guy that’s into you.

He will initiate texting or phone conversations, offer to help you with all kinds of things, and invite you to be included in his daily plans or more significant events. He’ll try to involve himself in your activities. He might ask to meet your friends or accompany you to the store.

Food is always a comfort area for Taurus men. These guys love to eat and often also enjoy cooking. So expect him to invite you for some good cuisine if he’s into you.

The Taurus man is ruled by the planet Venus. He’s also an Earth sign, which is the most sensual of the four elements. With Venus and Earth, nature has created a highly physical and sensual man.

It is natural for these men to ease into showing their interest in a woman by touching them. Taurus men learn early on that touch is a potent indicator of attraction and an effective way to progress toward romance. He might find a reason to touch you or “accidentally” make contact with you.

Here are some ways he might touch you if he likes you:

Any physical contact listed above or other forms of touch are significant signs of his interest in you. Men usually won’t touch a woman who they’re not into. For one, they won’t want to, and he also wouldn’t want to give the wrong impression.

You can test his desire for physical touch with you by touching him and seeing how he reacts. Does he move closer to you? Does he touch you back? Does he flinch and start acting nervous? No matter if it is a positive or negative reaction – the important thing is how strong his response is. If he reacts in an outsized way, that means you affect him.

9. He shows signs of jealousy, possessiveness, or protectiveness.

Taurus men are highly protective of the people in their life, especially their partners. It’s a vital part of his nature.

Suppose you spot him being territorial, possessive, or jealous over you. In that case, that’s a massive signal that he’s attracted to you and wants you to be his

Pay special attention when you are with him around other attractive men. He might seem uncomfortable and get closer to you.

Related: What Sign is the Best Match for Taurus?

10. He gets particularly nervous around you.

Taurus men aren’t the most natural flirts. They can be inward, a bit shy, and afraid of rejection. It’s often challenging for them to open up to a woman and feel confident in their presence.

If your Taurus man is fidgeting, stammering, clumsy, or engaging in nervous laughter while talking to you, that’s a sign he likes you. He might also get quiet, have darting glances, or run out of things to say.

If he is coming off as detached or self-centered, remember that it might not be because he’s a jerk, he might be nervous.

1 thought on “10 Clear Signs That a Taurus Man Likes You (Is He Interested?)”