Which Zodiac Sign is the Craziest? All 12 Signs, Ranked 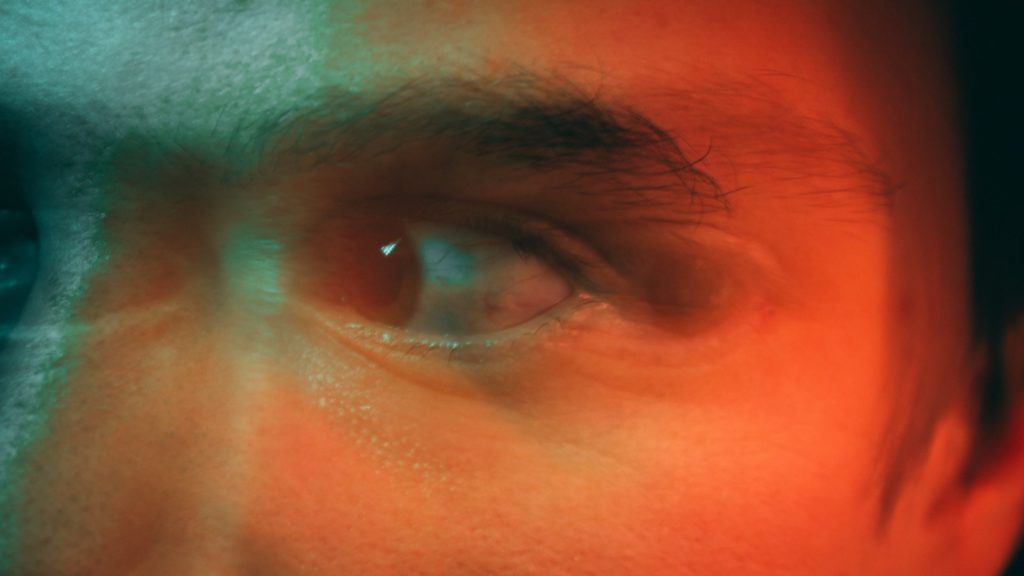 Crazy is quite a loaded word, which makes this article a tough one to write.

In this article, we’re not talking about crazy in the sense of a mental breakdown.

More the zany, fun, quirky, or irrational behaviors that make a sign seem “crazy.” The people that aren’t afraid to let their inhibitions go.

Don’t worry if you’re at the top of the list. Crazy can be a good thing! Look at Albert Einstein – he was undoubtedly a bit zany, but he was also a genius.

Curious how “crazy” you are? Read below to see all 12 signs from most to least crazy.

Are you surprised to see Aquarius first on this list? If you have one Aquarian friend, then probably not. Aquarius is the type to show up to the party wearing a giraffe onesie with a tutu and flip flops – without caring what anyone else thinks. Crazy is their middle name.

Aquarius is ruled by Uranus, the planet of sudden shock and upheaval. The basic urge of Uranus is about individuation, differentiation, originality, and rebelling against anything conventional. And that’s precisely what you get with an Aquarius; a unique, zany individual.

Aquarians have a compulsive need to be different from the people around them. Their individuality is one of the main reasons people think they’re a bit “out there.”

Their charm and quirkiness are always unconventional. Their intelligent minds, combined with their drive to be distinct, can make them very innovative, and they’re good at coming up with all sorts of ingenious ideas.

That unconventional, frenetic energy can even be too much at times. It can be challenging to follow an Aquarian’s train of thought since they bounce around often disjointedly.

Being an air sign, they’re very adaptable to their surroundings. Air is not stuck in a single form like other elements. They are genuinely unpredictable.

Aquarius is the ultimate free spirit of the Zodiac. And in general, free-spirited people tend to be perceived as a little crazy. Think hippie living in a van driving to wherever they’re called to next. Aquarius is always taking the path least traveled.

Second on our list is Gemini, the sign of the twins. Geminis are notorious for their frantic natures and split personalities.

Gemini’s never-ending internal battle between emotions and intellect makes them one of the craziest zodiac signs. They’re constantly going back and forth in their heads and can struggle to channel their sporadic emotions effectively.

Frequent mood swings and tantrums can be a daily occurrence for them. They’ll go from 0 to 100 in seconds before anyone around them realizes what’s going on. They love to talk, ask questions, and debate with you, but their behavior can devolve into madness in a split second.

Geminis are walking balls of contradiction. For example, they love the idea of routines but become hopelessly bored when trying to establish one. They’re one of the more light and fun signs, but there are usually all kinds of crazy shenanigans brewing in their heads.

You’ll often see a Gemini smiling, but you can never be sure what craziness lies behind that grin.

Oh, fiery Aries. If there’s one sign that wants to be first on this list, it’s Aries. They’re the first in the Zodiac, after all. This crazy fireball of a sign comes in at number three primarily because of their impulsive nature.

Aries hates to be bored. They’re always looking for something new and different, something that promises excitement and adventure. It’s easy to struggle when trying to keep up with their non-stop chaotic pursuits.

Making crazy, off-the-wall plans are a norm for Aries. If they want to drive halfway across the country to go to Disneyworld, they’ll do it. They’ll make a snap decision and carry it out immediately. There’s no weighing of all sides with Aries.

It’s all fun and games with them – until it’s not. Aries has a short fuse, and the slightest thing is enough to set them off.

If Aries gets mad, don’t leave anything valuable in their sight. When enraged, they have no self-control and will destroy the first thing they see.

Crazy, right? Aries doesn’t think so. They’ll get over it in a few minutes while you’re still fuming inside. “Act first, think later” is Aries’ motto.

Another crazy-maker is Scorpio. Sure, Scorp might appear calm, cool, and collected. But underneath that facade brews a deep emotional intensity waiting for an outlet.

Scorpios often have deep insecurities and care a lot about the opinions of others, even if they won’t admit it to themselves. If you provoke a Scorpio, watch out! They’re always primed to snap and destroy anyone who emotionally wounds them. Crazy-eyed vengeance is what Scorpio does best.

These behavioral extremes are a result of Scorpio’s black and white thinking. Their mind gets fixated on something, and their obsessive thinking makes them lose sight of reason (Scorpio is a water sign, after all).

This is especially true when it comes to the emotion of jealousy. The poisonous flames of a jealous rage can quickly push Scorpio to take the most reckless option available.

Sagittarians know how to live wild and free. You will undoubtedly have some of the craziest experiences with them as their wild side is always switched “on.” And don’t try to stop them; they’re impatient, have a hot temper, and can go crazy on you in a flash.

Sagittarius lives to party and displays one of the most outgoing (and sometimes obnoxious) brands of craziness on our list. They love accomplices for all their off-the-wall stunts and will up the craziness to entice more people to join in the fun. They’ll be the ones taking center stage at all times. That guy standing on the roof, getting ready to jump off into the pool? Yeah, probably a Sag.

Leos are known to be the life of the party. They’re passionate and continuously broadcast that trademark dramatic flair.

Leo loves being the center of attention. They’re loud and always doing brazen, funny things to stand out in a crowd.

The craziness of Leo arises from their constant vying for attention. They want to be praised for every action they take, even the most minor ones. They’ll take extreme measures to keep any onlooker’s eyes glued on them.

Leo’s attention-seeking shows up in their fashion sense as well. They’re known for wearing flashy clothing and over-the-top jewelry and accessories. The crazier, the better if it gets people to look at them.

Beware of pointing out Leo’s flaws. Most Leos have a big ego that bruises easily. Want to see them at their wildest? Make them feel like they’re being attacked, and the fireworks will fly right on cue. Just make sure to stay at a safe distance.

Simply put, Virgos do not like craziness. But that doesn’t mean they aren’t a little crazy. Virgos have inborn anxious energy that comes from a need to control everything in their life.

They’re perfectionists and have countless preconceived notions about how everything should be. This leads them to develop a ton of OCD compulsivities, such as planning out every detail of the day and checking five times to make sure all the doors are locked. They’re also often health freaks and can take 20 different supplements in the morning to stay healthy. It looks a little crazy from the outside, but the Virgos reading this will nod their head knowingly.

Of course, life isn’t always perfect, and nothing ever goes as planned. That’s when their crazy side truly comes out to play. When shit hits the fan, Virgo’s short temper comes to the surface and usually leads to them lashing out unexpectedly. They are, however, lower on the list of the craziest zodiac signs because their freakouts tend to be a rare occurrence.

Cancers show up lower on this list, mainly because they are creatures of comfort. They don’t come across as too crazy because they’d have to step out of their comfort zone. Usually, only those closest to them get to glimpse their crazy side.

Cancer’s emotionality and deep moodiness is, of course, their craziest attribute. Cancer is very sensitive, and you never know what will set off one of their sudden mood swings.

Pisces’ craziness lies in their delusional nature. They’re prone to lie and manipulate and can be reckless during times of emotional stress. They’ll get lost in their fantastical thinking, especially when dealing with emotional overwhelm.

Pisces are daydreamers and tend to get lost in their inner world. You’ll likely find them writing poetry that makes no sense or simply staring at the sky for hours. They’re a little out there.

Libra ranks low on this list as one of the craziest zodiac signs because, for them, life is all about balance and harmony. It’s only when things start to feel discordant that they begin to lose their cool.

With Libra, it’s more likely they’ll drive everyone around them crazy with their inability to make a decision. They go back and forth, weighing all their options a million times, considering all sides.

Most people don’t think of Taurus as being that crazy, as they typically come across as grounded and calm. Yes, they can lose their temper at times, and it’s pretty explosive when they do.

But it’s ultimately their stubbornness that’s their craziest quirk. A Taurus will often dig their heels in even if it doesn’t make sense to prove their point, to the detriment of all involved.

Down-to-earth Capricorn is over-the-top practical and can be perceived as overly serious, boring, and actually in need of a bit more craziness in their life.

If there’s one trait Cap has that seems crazy, it’s how consumed they are with achieving. Capricorns are rarely emotional and are too focused on work to let other things get in the way, which can quickly throw their lives out of balance.

So there you have it. We’re all a little crazy. But to quote Henry Rollins, “You need a little bit of insanity to do great things.”

Where does your sign fall on the list? Do you feel more or less crazy than your ranking? Let us know in the comment section below!

1 thought on “Which Zodiac Sign is the Craziest? All 12 Signs, Ranked”