7 Fundamental Reasons Why Capricorns Are So Cold 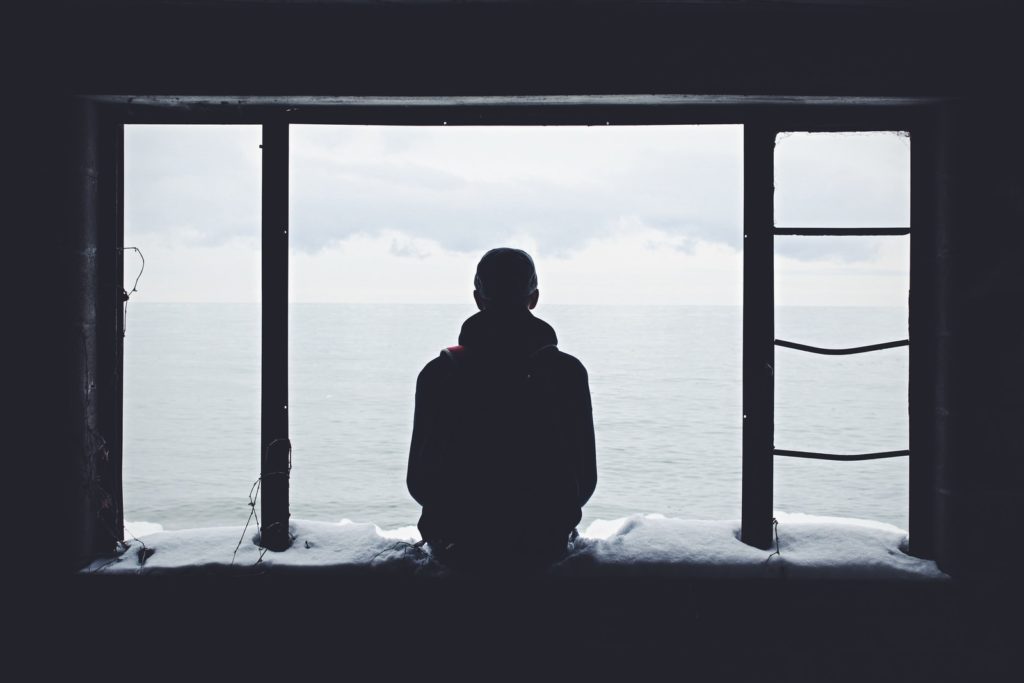 Capricorns aren’t cold 24/7, 365 days a year. But it’s still a trait they’re notorious for. They can have a stickler attitude and often appear uncaring or calloused, but there’s much more to their distant personality traits than meets the eye.

So why are Capricorns so cold? Let’s take a cold plunge into their icy soul.

From an early age, Capricorns understand that life is full of difficulty and suffering. They are very suspicious when things feel too easy, and often feel unsettled when things are going well.

Some signs, like Pisces, often view life through rose-colored glasses, only seeing things in a positive light. Not Capricorns. Instead of enjoying the ease of situations, they simply wait for the next thing to go wrong. This internal pessimism contributes to the coolness they often display. They tend to have a more realistic, albeit gloomy perspective.

Don’t go to a Capricorn with your high hopes and dreams expecting them to validate your whimsical ideas. They’re liable to take a sledgehammer and shatter them to pieces. Cap doesn’t mean to disregard your emotions, they just see their (often pessimistic) realism as the right approach in all situations.

This sign pulls things apart and dissects them in order to find every potential weakness. They do this because they want to help you improve your plans and ideas; but what they tend to overlook is your emotional sensitivity, which makes them come off as heartless.

It probably feels like Capricorn is trying to make you feel inept for dreaming big. But in their mind, they’re just trying to prevent you from experiencing failure and disappointment.

Remember too, whether they’re male or female, that Capricorn is the “father” of the zodiac. Their hard-nosed approach comes from an innate desire to guide and take care of people. Cap isn’t the sign you want to cry to. Looking to vent? A Cancer is more likely to console you.

Capricorns are often frigid and guarded due to their deep fears of becoming vulnerable. When they’re feeling overexposed, they’ll cope by turning cold.

It might not seem obvious, but Capricorns are very sensitive. Their early lives are often full of struggle, and they quickly learn to put up thick walls to prevent going through that pain again.

This is also why Caps can be very picky with whom they spend time with. It’s a guard tactic to see if people are willing to stick around and break through that front. They want to make sure you’re someone worth investing in.

This means they might put you through plenty of tests to see how well you respond. One of these is by being cold toward you to see what you do. Will you patiently wait around or will you bolt without a second thought. Can you tell Caps may have some trust issues?

If you do overstep a Capricorn boundary, don’t expect to stay in their life much longer.

And if you get angry at their quick dismissal of you, don’t think you can teach that Cap a lesson.

Most of their jokes end in someone dying. They feel like this is funny, but it can feel off-putting and heartless to others.

Sarcasm is another one of Capricorn’s specialties – it’s their second language. Just know they don’t realize their words can actually be hurtful. To them, it’s just light-hearted fun (most of the time).

They can also be alarmingly blunt. Capricorns will call you out on your b.s. and bring you back down to earth in a flash. You’d be hard-pressed to find a single Capricorn that sugar coats things. They see their bluntness as a valuable communication tool, but it’s not fun to be on the other side of.

4. Their ambitiousness and goal-oriented nature

Capricorns are highly ambitious. They’ll seize any opportunity life gives them, and they won’t stop working hard until their goal is reached. According to Capricorns, being too emotional will stop them from achieving success in life.

This zodiac sign is associated with the mountain goat for a reason. Capricorns are very hardworking people. They do not mind getting their hands dirty if it means they’ll be rewarded in the end.

They don’t like outside influence and usually stick to their decisions once their mind is made up. This can make them seem inconsiderate, dismissive, and cold. They treat business strictly and seriously. Once they start a project, they will focus on it 200% until it’s accomplished, and no one is going to get in their way.

They do not mind stepping on a few toes. Because of this, they can end up burning bridges on their way to the top

5. Their obsession with rules and structure

Capricorn is ruled by Saturn – the planet of social order and conformity. Saturn is also known for its cold rings of ice.

As the father of the zodiac, it’s the Capricorn’s job to create structure. Telling people what’s acceptable and what’s not. They are like the government: a lot of people resent the governmental structure, but without it, we wouldn’t have programs that help people in need like food stamps.

Capricorns like following established rules and sticking to them, which can make them seem close-minded or callous. Because of their assuredness, you might be offended that they aren’t open to your ideas. Especially when they’re acting like a control freak and dictating the “correct” ways that things should get done.

6. Their infatuation with their reputation

Caps obsess over good reputation being a key to success. They like to be taken seriously, and their image is always on point. They prefer to be thought of as practical, logical, and in control.

They know that maintaining a strong image means they cannot allow themselves to show their emotions much of the time. So naturally preoccupied with status, Capricorn learns early on to never let their emotions get the best of them. They’d rather come off as cold than let their prestigious reputation erode.

Once they feel comfortable that everyone knows their status, they have an easier time opening up and joking around.

Capricorns can be a letdown for people who like a more effusive style of love. Their love language is much more physical and practical.

Unlike many of the other signs (other than Virgo), Caps have a love language comprised mostly of acts of service. They might be good at helping out with chores and tasks or see changing the oil in your car as a way to show how much they care.

They want to be a good provider and make sure both of you have your physical needs met. ‘Isn’t that enough’, they think?

They love to give advice and can struggle to emotionally nurture. Instead of listening and empathizing, your Cap may just try to fix the problem, which can make it feel like they’re disregarding you emotionally. Tough love is their MO.

While Capricorns can be icily cold, they still have their place in our lives. They add a mature and structural support within the Zodiac wheel.

They can be hardened in their thoughts and ideas, but they have a quiet ability to see the big picture and are calm under pressure. Capricorn cuts through the muck and picks a path forward. This is valuable.

Once you break through that Capricorn ice and gain their trust, Capricorns make the most loyal friends. And remember, your Capricorn needs emotional support too. Capricorns may never be the most effusive people on Earth, but they are still people.

1 thought on “7 Fundamental Reasons Why Capricorns Are So Cold”