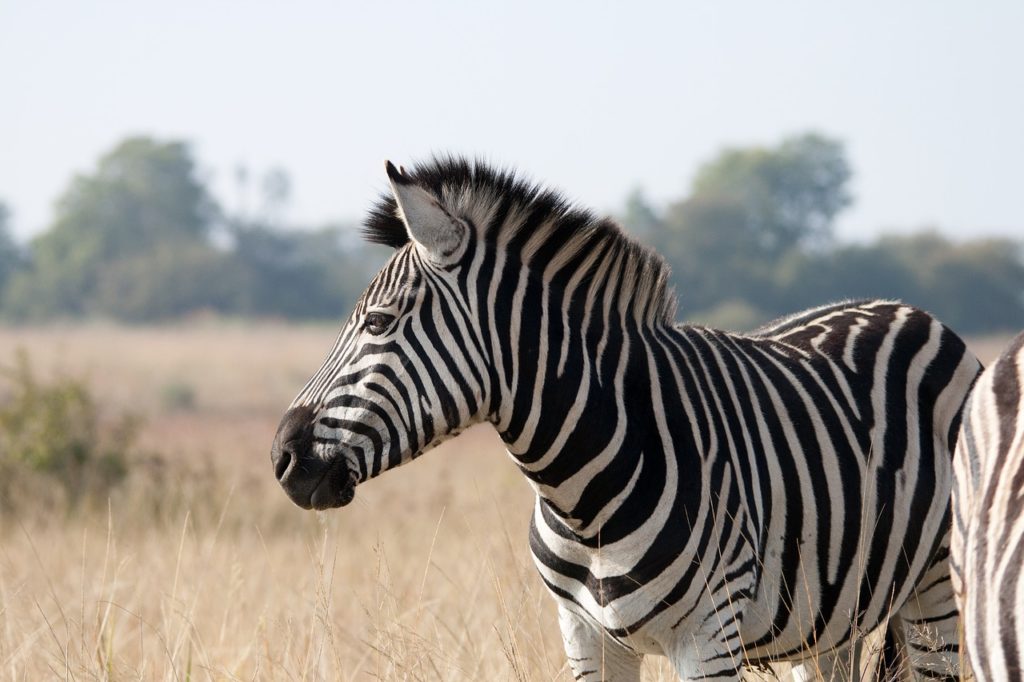 Aquarius is the consummate quirky character of the zodiac. Their personalities are diverse, multi-faceted, free-thinking, and love to feed on knowledge.

Aquarius is one of the few signs that doesn’t have an animal as its base symbol, like Scorpions for Scorpio or lions for Leo. Aquarius’s symbol is the water bearer. But that doesn’t mean there aren’t a wide variety of spirit animals for this sign.

The Aquarian spirit animals on this list share several common traits with the zodiac sign. Inventiveness, intelligence, playfulness, and eccentricity all shine in varying degrees among the animals listed below.

Let’s get to the list and break down each Aquarian spirit animal. 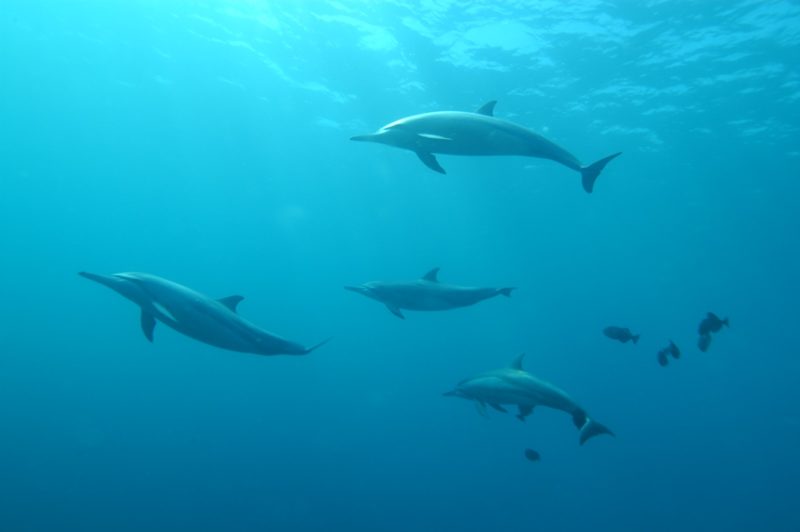 First up on our list of Aquarian spirit animals is the spirited dolphin.

Here are some similarities that dolphins and Aquarius share that make them the perfect spirit match:

Intelligent. Dolphins and Aquarians are both universally associated with high-functioning mental capacities. The Celts, in particular, appreciated dolphins for their wisdom. They believed that dolphins would open new doors of opportunity and fortune. Aquarius, too, is associated with progress, intelligence, and innovation. While dolphins bring great intelligence to the sea, Aquarians bring visionary ideas for the good of humanity.

Charismatic. Dolphins and Aquarians both easily capture the attention of those around them. They have a calm, collected, all-knowing vibe that’s light, endearing, and magnetic.

Explorative. Aquarius is one of the most freedom-minded and experimental signs. These people love to try new things, including traveling to new places where people and customs differ. They explore all around the ocean and experience many different aquatic environments. Dolphins, of course, need to feel free and move continuously.

Ethereal. The Greeks were very fond of dolphins, even to the point of worshipping them. They felt they were supernatural creatures with a strong connection between the sea and divine forces. Seeing one was judged to be a powerful sign of good luck. Aquarians, too, are often viewed from a similar lens. There’s something otherworldly about their somewhat eccentric and odd relationship to life. And the sudden insights they bring to the world can feel like they’ve sprung from a different place than earth altogether.

Energetic. Dolphins and Aquarians are both full of energy. They’re always flittering about, scoping out situations, exploring, and indulging their curiosities.

Playful. Playfulness is a defining characteristic of both the dolphin and the Aquarian being. Neither takes life too seriously and never lets the heavier aspects of life get them down. Having a good time is just too important, and they know how to cheerfully lift the moods and lighten the spirits of those around them.

Communal. Dolphins and Aquarians both do well in groups. They are excellent with their contemporaries and know how to nurture friendships well. They’re very generous, understanding, and accepting.

Stubborn. While overall altruistic and great to be around, dolphins and Aquarians can also be quite stubborn when they feel opposed. While Aquarius loves change and innovation, they are, after all, a fixed sign. And it’s not uncommon to see them behave contradictory when their entrenched habits and beliefs are called into question. 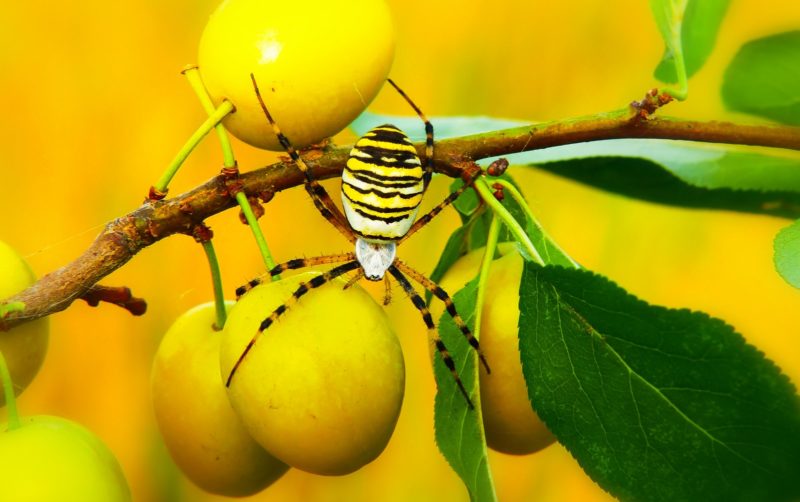 Next up, we have an Aquarius spirit animal that differs substantially from the dolphin.

The spider is in no way playful or cheerful, but it still shares several notable similarities to Aquarius, making it a noteworthy spirit animal match to the sign.

Here are some of the most prominent similarities between Aquarius and the spider:

Individualistic. While Aquarian people can be great with groups, they’re often loners at heart. They lead their life in a very independent and unorthodox way, and in a way that no one but them can truly understand.

Related: 11 Signs That an Aquarius Man is in Love

Patient. Traditionally ruled by Saturn, Aquarius is one of the more patient signs in the zodiac. There’s a deep trust found in many Aquarian people that things will work out in the long run. Spiders, too, share this deep trust in the process. They patiently weave their webs, knowing that the hard work they put in now will yield results down the road.

Complex. Aquarius is one of the most complex signs in the zodiac, perhaps only behind Scorpio. Aquarius’s modern ruler, Uranus, provides the sign with a vast breadth of potential expression. Spiders, too, carry a wide variety of energies. They balance the dark and light just as well as Aquarius.

Aloof. Spiders and Aquarius people can both be friendly but will also keep others at arm’s length. There’s an offish quality to each that never seems to let strangers fully into their inner lives. 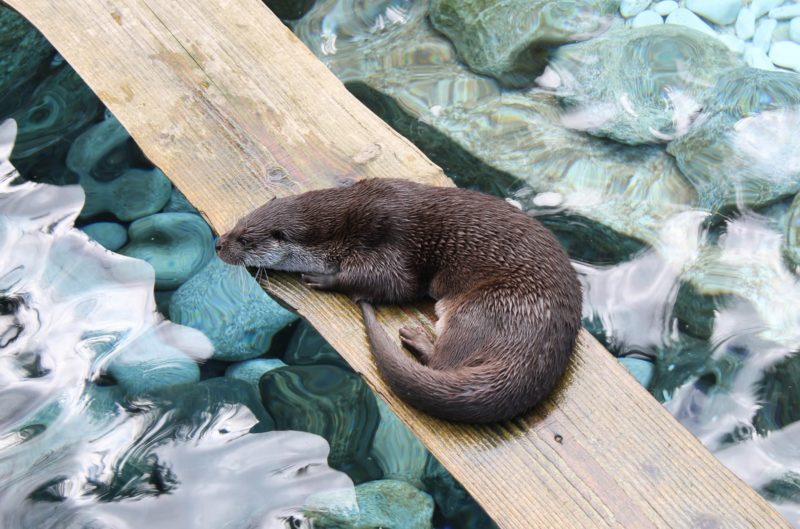 Next up on the Aquarian spirit animal list, we have the perennially cute and always endearing otter.

Here are the qualities that Aquarians and otters share which make them a clear spirit animal match:

Gregarious. Otters navigate their social surroundings quite well and can move effortlessly between groups. Aquarius also share this trait in their work and play environments.

Self-reliant. While otters are sociable and usually live in group settings, they do it out of necessity. They’re naturally adaptable and quite capable of managing life independently. Aquarius, too, flitters between social environments and long bouts of solitude.

Quirky. Just look at an otter for a few seconds and see how different they behave compared to the world around them. They dance to the beat of their own drum and are shameless about it, all while navigating both the land and sea with ease. Aquarius, too, prides themself on their non-conformist attitudes and behavior.

Peaceful. Neither Aquarians nor otters are aggressive Warbringer. They prefer to keep the peace and remain calm and detached from the world. Their zest for life fulfills them, and they’re not filled with a hunger to conquer or fight for territory. 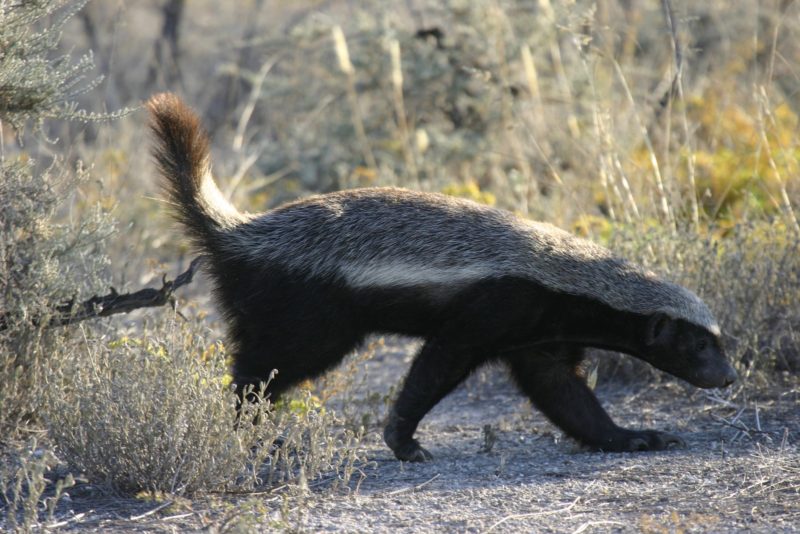 Next up, we have the notorious honey badger. These scrappy loners are incredibly resilient and versatile. They’re also complex emotionally, to the point of being pretty erratic and unpredictable, just like Aquarius.

Honey badgers like to come across as stoic and in control and hate looking vulnerable. Because of this, they aren’t too in touch with their feelings compared to other animals.

There is a significant parallel here to Aquarius, who likes to approach life mentally and usually avoids their emotional side, often to a fault.

The honey badger has a lot of obstinant energy, just like with Aquarius. They like to follow their inclinations and don’t care what the rest of the animal kingdom is up to.

While Aquarius is aware and considerate of others’ opinions and society as a whole, they will do what they think is best for them, regardless of any contrary advice that society or other people tell them. 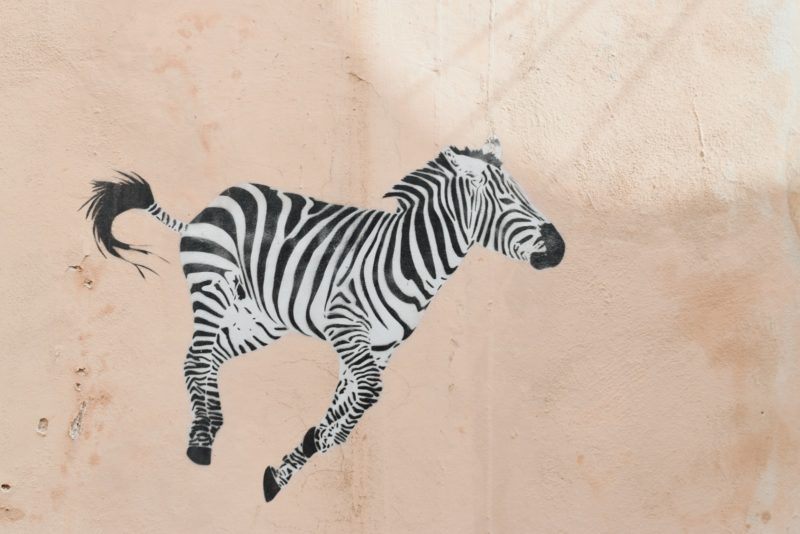 Last on our spirit animal list, we have the Zebra.

Zebra’s unique looks make them a perfect animal match for Aquarius. While their bodies resemble horses, their loud coloring gives them a unique and striking presence.

Aquarius, too, may look like everyone else on the surface, but inside they are as unique as a zebra. You’ll often find Aquarian people dressing entirely quirky and unique ways that stand out just as much as a zebra’s coat.

And unlike Aquarius’s opposite sign, Leo, Aquarius doesn’t stand out from the crowd to seek attention. They do it from an inborn desire to display their authentically unique qualities.

The Zebra, too, isn’t trying to look for attention – that would be deadly in the savannah – their coloring is an ingenious and unique way to help keep them safe in the wild.

So there you have it, five animals that make the perfect spirit match for the sign of Aquarius.

What did you think of the animals on this list? Do they resonate with you as an Aquarian? Or do they match the Aquarius people in your life? Or perhaps we missed some important animals?

Let us know in the comments below!