What are the Most Dangerous Zodiac Signs? (Top 5 Signs, Ranked) 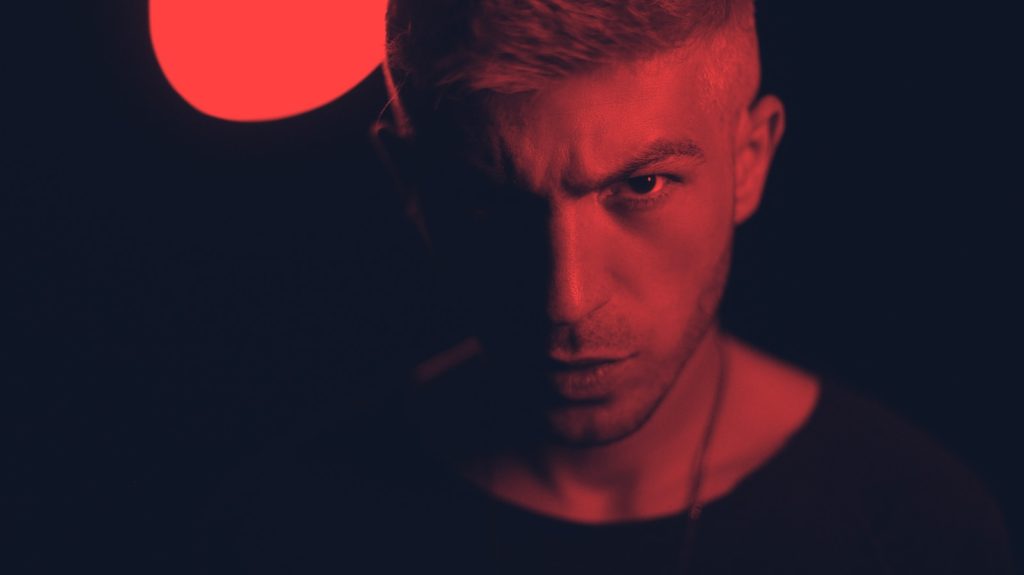 So let’s take a closer look and rank the top 5 signs you’d want to watch out for the most (clue, Cancer is not at the top of our list).

Note that the following sign ranking does not apply in some universally applicable way to everyone. There’s a whole lot more to astrology than just the sun sign.

While someone’s sun sign may incline them to be a bit more aggressive, deceitful, or otherwise dangerous; it’s the chart as a whole that dictates how dangerous someone actually might be.

With that said, let’s dive into the list of the most dangerous signs in the zodiac.

How many of you are surprised to see Scorpio top the list here? Very few, I’d imagine. Scorpio is co-ruled by Mars (aggression) and Pluto (Destruction), after all, and has a reputation for it.

Here are some of the key traits Scorpio possesses that place them squarely at the top of this list.

Power-hungry & Controlling. Scorpio is naturally dominating and loves power games. They need to feel in control of their own life and enjoy having control over other people, as well. Scorpio people tend to crave positions of authority where they can demonstrate their power over their chosen arenas of life and the people around them. Because of this craving of theirs, the more insecure Scorpios can be quite dangerous when they feel that their power or position of authority is threatened. This is the most problematic when they are set on controlling another person, which can be an easy pattern for them to fall into.

Intensely reactive to potential threats. Scorpio is incredibly survival-minded and always on the lookout for potential threats to their safety. If they feel that their security is threatened, they can go into a frenzy and lash out with incredible violence, unleashing hurt in every direction.

Vengeful. Scorpios often internalize their hurts, allowing them to seethe indefinitely. They are master plotters, and their strategic-mindedness finds great satisfaction in cultivating malicious intent for those who’ve wronged them. Their vengefulness is ultimately what lands them so high on this list, in particular for how subtle they can be when nursing their grudges. You might not even know that a Scorpio has it out for you, and you won’t see it coming when they eventually stab you from behind. It may seem like they’re simply crazy when they strike without warning, but what you might not realize is that they’ve been planting the seeds for their attack for months, years, or decades. They never forget grudges. It’s not Scorpio’s mantra to forgive and forget.

Cruel-minded. Despite being a feminine sign, Scorpio can think and act in ways that are far more brutal and cruel than even the most masculine signs in the zodiac. It’s the nature of their planetary rulers, Mars and Pluto, that makes their unconscious sing with all of the most reprehensible possibilities that the human mind is capable of conjuring up.

A tendency to self-isolate. Scorpio is a mostly solitary sign. This mostly favors them, but it can also be a recipe for disaster when a Scorpio is mentally unwell. It’s easy for these sensitive souls to feel unappreciated or left out, and they can build up all kinds of persecution complexes when they’ve locked themselves away for too long. Watch out for the truly lone wolf Scorpio.

Next up in most dangerous signs, is none other than fiery, Mars-ruled Aries. Like fellow Mars-ruled Scorpio, Aries is brimming with aggressive potential.

Unlike Scorpio, Aries is much more upfront about their potentially dangerous side. They’re openly aggressive, volatile, and usually physically strong and agile.

Here are some of the Aries traits that put them cleanly in the number two spot for the most dangerous sign:

Impulsiveness. Aries are hotheaded and known for their temper issues. They’re liable to land in fits of blind rage when wronged. Aries’ symbol is the ram, after all, and it’s not uncommon to see them charge at an enemy just as fiercely as the wild animal. Aries isn’t afraid to get into conflict with people who are bigger or stronger, either. They’re pretty fearless in the face of threats.

A love of physical aggression. Aries people tend to like a lot of physicality. As kids, they’re all about wrestling and play violence. As they grow up, violent sports become extra appealing ways for them to let out their aggression. And then, many Aries graduate to military positions. They make great warriors. It’s not uncommon for Aries to enjoy getting into real fights just because they think it’s fun. While they’re more playfully indulgent with violence, they can still burst into a rage and cause some real damage when they’re triggered.

While Aries is perhaps the most physically dominant sign, they land below Scorpio mostly because they’re not as fundamentally dangerous. They don’t hold grudges like Scorpio and don’t plot someone’s demise with quite the level of calculation that a Scorpio might.

Third up on our list, we have Taurus, the bull.

Some might be surprised to see Venus-ruled Taurus here. What makes them so dangerous? They seem pretty docile and agreeable much of the time, preferring to indulge in leisurely activities rather than look for fights.

But, if you’ve seen a Taurus in full-blown rage mode, you’ll immediately understand their place on this list.

While most of Taurus’s life is calm and sanguine, you can throw that sentiment straight out the window when they’re enraged. Their famous patience is only outshined by their famous tantrums. If they got mad even 10% more often than they do, then they might be number one on this list. Thankfully, it’s very hard to push them to that place, and they usually fire plenty of warning shots before they get there.

You wouldn’t expect it, but Taurus can be quite cruel when they are pissed off. They can bully and hurt others when their boiling point has been reached.

Most people won’t see this side of Taurus, as their calm and collected disposition usually rules, but when their anger emotions overwhelm them, they lose touch with reality and go off. Watch out.

One word: crimes of passion.

While Cancer is usually too emotional to really be a threat, they can sometimes shift into some ridiculously volatile rages that catch others, and themselves, off guard.

Of course, Cancer doesn’t have a fundamental desire for or liking of violence. But troubles arise when a Cancer who isn’t grounded or hasn’t been properly nurtured suddenly finds themselves confronting destructive impulses emerging from within. In the midst of heightened emotions, Cancers usually struggles to control themselves, and violent urges may suddenly turn into violent actions on an impulsive whim.

The most common way to bring out Cancers’ violent side is to threaten their loved ones. Cancers have huge protective instincts and can be entirely unpredictable and explosive when they feel betrayed or threatened.

Last on our list of the top five dangerous signs is none other than shiny, Sun-ruled Leo.

Many people may feel intimidated by Leo, but few realize how dangerous they can be at times. Yes, they can be quite emotional, and their pride and narcissistic side may come across as harmless, but it’s not the direct confrontation you need to worry about with Leo.

Leo rarely goes directly out of their way to hurt people. They feel they’re above such skirmishes, as in their own mind, they’re invariably better than everyone else; especially people who engage in petty squabbles.

But when Leo feels that their position is threatened, they can work deceptively hard to make sure you remain beneath them. They are experts at the social game, and know how to leverage their influence to keep others in place. They love status and they love to be the dominant one, and they know how to hold a grudge.

If you have a particularly prideful (or insecure) Leo, they might not shy away from direct confrontation. And when you corner them (or make them feel cornered), they can lash out like a trapped lion and knock you down without remorse.

Sagittarius. Sagittarius is the least violent of the fire signs. Though their outspoken bluntness and hot-tempered nature can really sting. Their dogmatism and sense of superior morality can also lead some Sagittarians into positions of influence which they can spread noxious views from (looking at you, Steve Bannon and Anne Coulter).

Aquarius. The water-bearer is mostly a peace-loving sign, but the danger they present comes from their cold and cerebral approach to life. If you have an Aquarius who’s become too detached from their emotions, they can nurture some unsavory hidden complexes that come forth in dangerous ways. Mostly, though, Aquarius just avoids conflict and steps away from people and situations that make them feel uncomfortable. They’re more of a runner than a fighter.

Capricorn. Capricorn people certainly have the potential to be cold-hearted and violent. But they’re usually to pragmatic and practical-minded to get lost in conflict. They’re all about self-control and prudence, and rarely let their emotions get the best of them.

Libra. Libra’s are too into people-pleasing to be truly dangerous unless they are incredibly unstable. They can be a bit of a bully due to social pressure, but overall, they’re polite in nature.

Virgo. Like Capricorn, Virgo’s practical nature makes them steer clear of too much emotionality or violence. They like to solve issues with their minds before entering into dangerous alterations. They may judge the hell out of you, though.

Gemini. Rarely dangerous, but this sign can be pretty sneaky. They’re known to be duplicitous and thieving, with the intelligence and charm to pull it off. But ultimately, they’re more bark than bite.

Pisces. Compassion and gentleness pump through Pisces veins. They don’t like to harm others. They may manipulate, as water signs do, but rarely will they carry out any of the evil plans they occasionally daydream about.

There you have it, the top dangerous signs in the zodiac… and everyone else.

What did you think of this list? Do you think it’s total crap, or on point? Let us know in the comment section below!