Which Zodiac Sign is the Smartest? The Top 5 Signs, Ranked 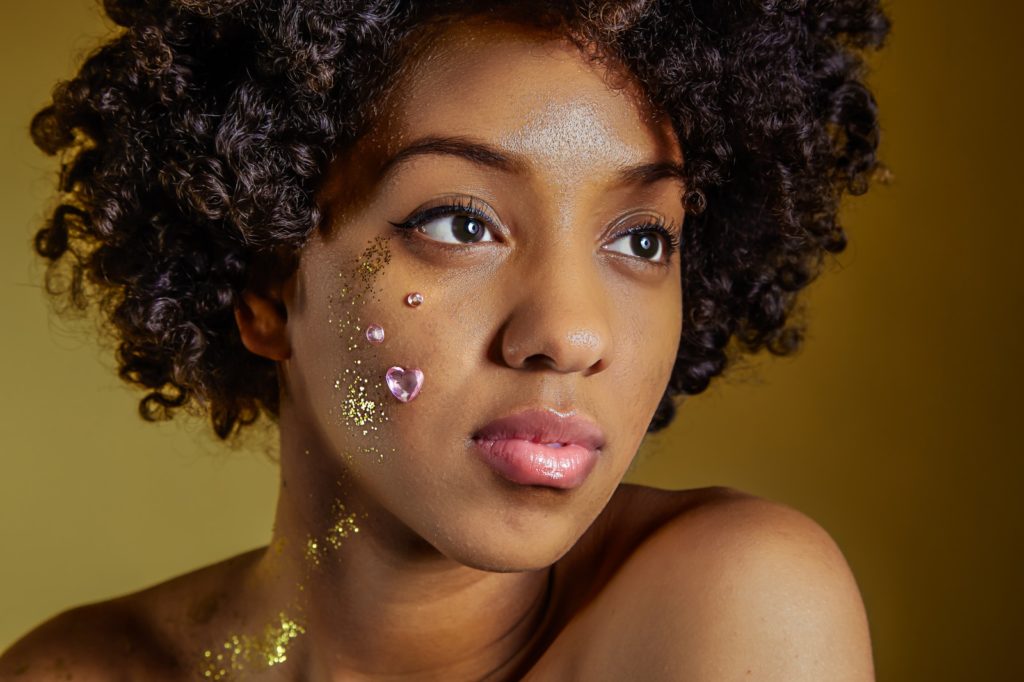 It’s hard to label a single sign as the smartest in the zodiac because every sign is smart in its own way. Each sign possesses unique strengths and traits that they’re the best at in the Zodiac.

But to simplify things for this article, I’ll be looking at “smartness” through the lens of mental traits like objectivity, adaptability, street smarts, and raw intelligence.

Just remember that these traits aren’t the end-all-be-all of smartness. It’s a metric that’s inherently subjective. We could also rank smartness by intuitiveness, resilience, social-ability, etc. But for this article, the rankings will be based primarily on logical intelligence.

Okay, let’s dive in and rank the top 5 smartest signs in the zodiac. Should be a fun one.

Few will be surprised to see Aquarius at the top of the list. Outside-the-box thinking and street-smarts are trademarks of this savvy Air sign.

Aquarians are detached, rational thinkers that naturally see from a birds-eye view. They know what to do with that wide perspective, too. Most Aquarians are able to come up with unique innovations and solutions to complex problems at the drop of a hat.

Aquarius can be quite zany and may seem out of touch to some, but they’re more grounded in their practical thinking than they’re usually given credit for. While Aquarius’s modern ruler is Uranus, the sign’s traditional ruler has always been Saturn, which rules pragmatism and detached rationality.

When Aquarius does find themselves losing perspective around the mundane in life, it’s usually because they’re immersed in contemplating broader, more esoteric thoughts. They love to get lost in whatever spontaneous stream of insight shows up in their minds’ eye.

As a fixed sign, Aquarius can be stubborn with their perspectives. Plus they love to be the smartest person in the room (or at least feel like the smartest). They’re not always the most fun to debate with because of this.

Aquarians often struggle with emotional awareness, as everything they encounter is filtered through their intellectual sieve of a mind. As a result, they’re shrewd judges of other people’s emotional natures yet woefully inept at looking deeply into their own emotional landscape.

Discussing your emotional nature with an Aquarian can be an illuminating experience. They have deep cosmic wisdom guiding their analysis. But if you want to discuss their emotions with them, don’t be surprised if your attempt bears little fruit. They just don’t like to go there, and as a result, they usually possess far less emotional depth than your average sign (especially sign #2 on our list).

Yes, Aquarius’s internal detachment comes at a price, but their dedication to inner detachment and quirky unconventionality also creates space for their mind to shine. And it’s a mind that’s strong enough to put them at the top of this list.

It’s important to note that we are moving into an Aquarian Age, a time in which human societies will increasingly be transforming in accordance with the visions and insights of our Aquarian family here on Earth.

The fight for the top spots gets more competitive now with Aquarius out of the way. But Scorpio still lands comfortably in the number two spot.

Like Aquarius, Scorpio has a sharp mind. And while emotion & intuition play a bigger role for Scorpio, their cognitive abilities – such as critical and investigative thinking – are strong points nonetheless.

Part of what makes Scorpio such a mental powerhouse is their constant preoccupation with seeing the deeper meaning of things. Their intellectual curiosity rivals that of the Air signs. Scorpio lives for unveiling penetrating insights. They’re natural detectives and most would do well to pursue detective work professionally.

Like Aquarius, Scorpio refuses to accept things at face value. They’re not satisfied until they can dissect a topic thoroughly and develop a level of mastery in comprehending it. They do the same with people. It’s very hard to deceive or manipulate a Scorpio, as they’re always mentally alert and on the lookout for unusual patterns in people.

Scorpio’s emotional awareness is off the charts as well, which gives them a leg up in this department on Aquarius. Both signs intellectualize emotions, but Scorpio is able to pull from a deeper well of emotional experiences.

But the emotionality of Scorpio has a double-edged sword-like effect on their smartness. When faced with charged emotional situations, Scorpio can quickly turn reactive; sometimes to the point of overwhelm and paranoia.

They’re also stubborn (they’re a fixed sign like Aquarius), and have a compulsion to feel right. Many Scorpios are control freaks and rarely concede to relevant counter-opinions because their ego fears it. Not the most fun sign to argue with.

In the thried spot, we have Mercury-ruled Gemini. With a Mercury rulership (the planet of intellect and communication) this sign has mental leg-up on most of the competition. Scientific studies have actually shown that children born in June possess the highest IQs.

Gemini’s have flat-out high-performing minds. They’re intellectuals in the purest sense. They have a great talent for filtering, organizing, and interpreting wide a variety of information. They also think and articulate fast, which lends to their ability to run laps around other people in conversation.

Their good humor and sharp wit also reveal a high level of intelligence. They’re always prepared to deliver an off-cuff remark and they know how to creatively steer discussions.

Gemini’s breadth of knowledge is the widest in the zodiac. They sponge up information from all sources, and tend to know (or at least have an opinion) on just about everything.

The Achilles heel of Gemini’s lightning-speed mind is the ease at which they get lost in their own whirlwind thoughts. With their wiry, nervous disposition they rarely go deep enough into any topic to grasp it entirely, unlike the other signs on this list.

While Gemini reigns supreme in the world of pure intelligence and ideas, their frenetic nature results in their wisdom and emotional intelligence ranking pretty low.

Capricorn may not be the quickest or wittiest on this list, but this sign boasts the most grounded and practical smarts in the Zodiac.

What they lack in raw mental power, they make up with sharp, sober, pragmatism. They’re relentless in covering up any shortcomings with deliberate, consistent work.

Capricorn’s smartness shines with decision-making and goal-oriented pursuits. They know how to weigh practical options, are highly organized, and have the grit to face whatever obstacle they’re confronted with.

Capricorn’s sure-footed progress on long-term goals succeeds because they know how to keep steady focus and stay objective. Capricorns have a sober willingness to accept any setbacks they’re confronted with, and a savviness to not make the same mistake twice.

Even when a more mentally sharp sign stands in Capricorn’s way, Cap comes better prepared to put their knowledge into practice and is almost assured to outwork their counterpart.

While Capricorn might not stand out in a conversation as the brightest and most well-versed, they are a tour-de-force on the topics that they are invested in. They know how to put their knowledge to work better than any other sign.

Capricorn’s deep well of timeless wisdom might not rank them at the top of this list, but they stand tall as one of the smartest signs, nonetheless.

Mercury is the planet of intellect, learning, intelligence, and communication. While the planet Mercury rules both Virgo and Gemini, the planet is exalted (at its pinnacle) in Virgo.

Virgo people’s intelligence comes out in their attention to detail. Virgo is sometimes called the walking Wikipedia of the zodiac. They have excellent organizational skills and a pristine memory.

Virgos are excellent planners and see all the flaws and imperfections in any plan. It may be an architectural design at work or a multi-destination family trip. No matter the task, you can count on them to expertly plan out every detail. They’re an earth sign, after all, and put their determination and patience behind every plan. No elaborate spreadsheet or pattern analysis is too much for their keen mind.

Like Scorpio, Virgo people are also good bullshit detectors. No little detail gets past them. They’re straight shooters and will call people out, in detail, if they feel like they’re being played or otherwise lied to. They themselves are usually quiet authentic and honest, so it pays to be real if you want a relationship with a Virgo.

Virgo’s downfall is that they can so get lost in the details that they become neurotic. This sign is the king of debilitating perfectionism and OCD. Virgo is gifted with a great awareness of their surroundings, but they can become overwhelmed and lost in over-analysis and revved-up mental patterns. Like Gemini, they can also easily become overwhelmed by emotions.

If Virgo can keep themselves from being too hard on themselves or running themselves thin on stress and overwork, then their bright mind and grounded earthiness will take them far. They love to be of service and can offer a lot to the world around them.

Libra. Libras are refined intellectuals with incredibly high social intelligence. They’re excellent diplomats and can moderate all sorts of social dynamics. They do lack some wisdom with their indecisiveness, though. They can find themselves stuck unable to make simple decisions on the regular. They’re so focused on maintaining balance and keeping everyone pleased that they can overlook important details. It’s good to brainstorm with a Libra, but not so good to rely on them to decide on the best course of action.

Cancer. Cancer has great emotional intelligence. They’re naturally empathetic and make fantastic emotional advisors. Their ability to understand people is a rare gift. Beyond their intuitive intelligence, they can struggle with the logical side of things. They tend to operate with a lot of emotion, which easily clouds their decision-making in tough circumstances. It’s often tough for them to follow their own advice and they can struggle with self-control. They’re usually painfully self-aware about wrong choices they make, but they still might do them anyway.

Sagittarius. Sagittarius governs higher learning and discovery. These people are broad-minded intellectuals that think big and often have great spiritual insights. They don’t make the top five, though, because they often don’t apply their intelligence as much as they could. They tend to seek adventures and spread themselves a bit thin with indulgences. But when it comes to obscure philosophical-theological arguments, Sagittarius often trumps the discourse.

There you have it, the smartest signs in the zodiac. I hope you’ve enjoyed this article. If your sign wasn’t on the list, don’t worry, as I mentioned at the start, all signs are smart in their own ways.

Also, there’s much more to every person than their sun sign. No one is boxed in by only their sun signs traits. You want to see your whole chart to get the bigger picture!