Which is The Worst Zodiac Sign? The Top 5 Worst Signs, Ranked 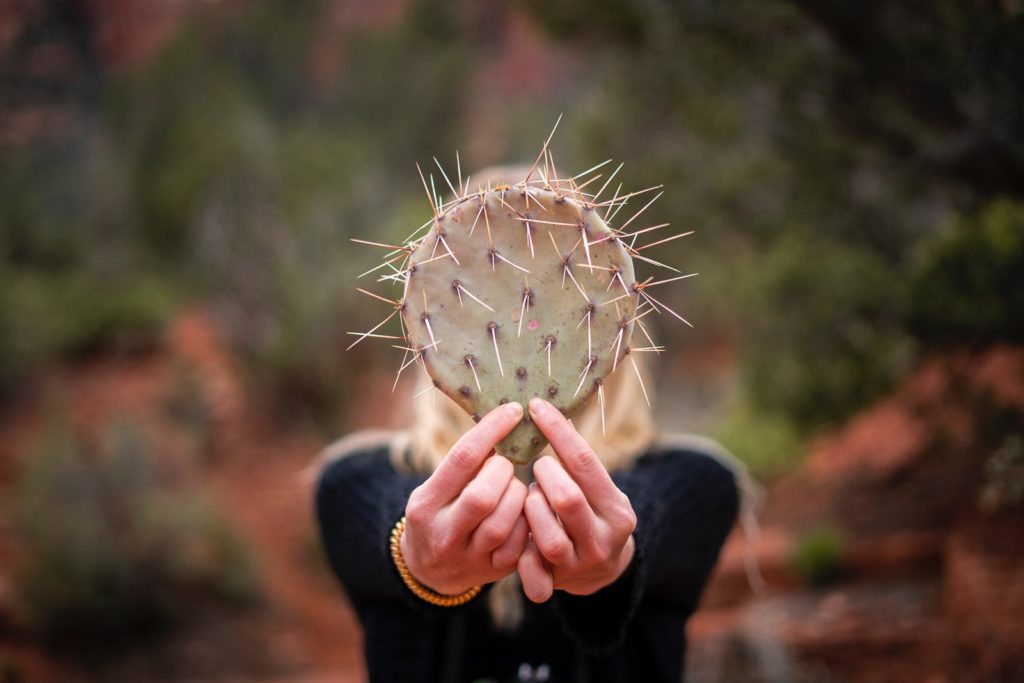 Oooh boy. This is a tough article to write as an Astrologer. Because there’s truly no worst zodiac sign. You won’t find a single sensible astrologer who frames any one sign as “the worst”.

Astrology is not a competition. All signs have both positive aspects and negative aspects. And how much a sign’s difficult traits make them “a bad sign” is in the eye of the beholder.

It’s a subjective judgment call. One sign that’s considered the worst by someone is guaranteed to be someone else’s best. But this post has been asked for, so I’ll deliver.

Keep reading to learn which signs are widely considered to be the “worst”, and the rationales behind those judgments. Note that it’s hard to define what worst means in this context. Worst at math? Worst at socializing? Selfishness? So I choose them just based on an overall sense of how their shortcomings affect themselves and others.

It’s important to note that the qualities described in this list are of the lower natures of these signs. You will find many lovely people who operate at the higher octaves of their respective signs and don’t struggle as much with the negative traits.

Shots fired. Yes, I can pretty much guarantee that every Leo reading this article just decided I’ve written the worst hit-piece on the internet. Because 99% of Leos will all say that they are unanimously the best zodiac sign. And it’s that sentiment that ironically places them on the top of this list.

It’s not that Leo isn’t fascinating and full of positive attributes (they are), it’s that their bright, Sun-like glow is often masked by their vanity, neediness, and fragile ego.

Leo’s self-aggrandizement and obsession with their own image can make relating to them prickly. Combine this with an often desperate need for approval, and you have a demanding sign that requires a lot from the people around them.

While Leo is great at making people laugh, they also find themselves competing just to compete. Many Leo’s feel a need to prove their supremacy at every corner to feel validated that they really are the best. They fall into fights easily and might refuse to accept (or even hear) any potential criticisms, as it might be too much for their brittle ego.

How Leo transcends this list: Leo, learn to recognize that you don’t need to constantly fight for approval and special treatment from others. You are special, and you’ll feel even more special when you recognize that everything you need is already inside of you. You don’t need to posture, dominate, become dramatic, or extract praise from people at every corner. You are important, but so is everyone else. And not everything has to do with you.

Scorpio is the transformative force of the zodiac. But their volatility, controlling nature, and constant need for transformation bears a cost.

Scorpio quickly falls into endless drama and has a tendency to drag everyone down with them into their shadow. This is ultimately what nets them such a high place on this list.

One of the worst things about Scorpio is that you always have to be on the lookout for subtle manipulations. They’re pros at influencing others in a way that reinforces their own internal sense of superiority.

Scorpio wrote the book on gaslighting, and they’ll use that highly developed intellect of theirs to confuse and control people. Their favorite prey are people with weak wills or those who lack more intuitive natures.

Anyone who enjoys having a drama-free life and dislikes heaviness usually avoids this sign. Scorpio always needs to be going through some sort of personal (or relationship) crisis to feel alive.

They’re constantly battling paranoid worries around being betrayed, thinking that the world is out to get them, or how bad their habit of self-sabotage will sink them this time.

Scorpios may be passionate lovers with deep emotional wells, but they’re all or nothing; and if the relationship turns sour, things can get ugly quick.

For Scorpio, love turns to hatred in a flash of an eye. And they will lash out at those who hurt them with derogatory, hurtful, and traumatic remarks. When things get heated and insecurities flare, a Scorpios better mind is often blinded by vindictiveness.

In the three spot, we have yet another self-aggrandizing hothead.

Aries spot on this list is pretty straightforward. The biggest issues you face with Aries are arrogance, impatience, outsized aggression, and an inability to listen (or skillfully empathize).

Aries has an infantile need to get their way. If they don’t get it, expect a dramatic reaction; sometimes even a full-blown tantrum. The worst part about this is how unavoidable it can feel. Aries is argumentative to a fault and frequently demands that others follow their lead or buckle to their perspective. They tend to pounce at any opportunity to be combative, and they’re perfectly okay with this side of their personality.

So why not just follow their lead? Aries is the “leader” of the zodiac after all. Two reasons: Aries is often short-sighted and impulsive. They’ll often make a ton of mistakes by never thinking things through to the end. And don’t expect them to take responsibility when things go south.

Boldness fixes everything, Aries might say. But why not just make a well-thought-out plan from the beginning? While their impulsive decision-making can be endearing at times, their impatience and tendency to overlook pertinent details can also feel toxic to live with.

I do feel bad for putting Gemini on this list. Gemini is the sign that people love to hate the most (along with Scorpio).

And while Gemini isn’t actually terrible, they do have enough less-than-ideal qualities to land themselves on this list.

So, what makes Gemini the worst? A lot of people dislike Gemini due to their reputation for being disloyal (or only loyal to themselves). It doesn’t help that Gemini’s cunning (or you could say sneaky and conniving) behavior makes people even more skeptical of them. They can also be volatile, superficial, and hypocritical.

And then there’s the inconsistency. Gemini’s waver a lot, and they rarely stick to plans or commitments as well as other signs (and that’s if they ever get over their indecisiveness, to begin with).

Gemini is the sign of the twins, and it really can seem like they have two faces to their personality. They can say one thing, and then say or act completely the opposite the next time you see them. They can be angry and irritable one moment, and happy and easygoing the next. They can be listening to you intently, and then suddenly lose interest. Relating to a Gemini can be a rollercoaster ride.

If you’re a consistent minded person, you might want to steer clear of the fickle Gemini. The inconsistency of their words, emotions, sentiments, and actions might throw you into a fit of your own. Their indecisive, directionless, and anxiety-ridden tendencies are simply to much for many people.

And if you’re a deep person, watch out as well, because Gemini may be intelligent, but they prefer to only scratch the surface.

Cancer is just way too over-the-top emotional for the majority of people. Cancer may be the worst sign for people who dislike emotional decision-making and an inability to keep a level-head in life and relationships.

Even if you try to meet a Cancer head-on in an attempt to work through emotions, there’s a strong chance that you’ll still find yourself scratching your head. They might be upset with anxiety-ridden emotions, but when confronted, they’ll often avoid talking about their feelings and instead take a passive-aggressive approach that insinuates you should just understand what’s going on.

Don’t be surprised if you get the silent treatment when you still don’t get it.

In addition to their oft smothering and shrill over emotionality, many Cancers can be underhanded and manipulative.

If you dislike people who are frequently moody out of the blue and see everything through a subjective lens, then steer clear of Cancer.

There you have it, five of the “worst” signs in the zodiac. After writing that, I still stand that the topic of this post is entirely a joke. You could ask ten people to compile the same list and every list would likely be different. Plus you just can’t base such a large judgment on people’s sun signs alone.

12 thoughts on “Which is The Worst Zodiac Sign? The Top 5 Worst Signs, Ranked”