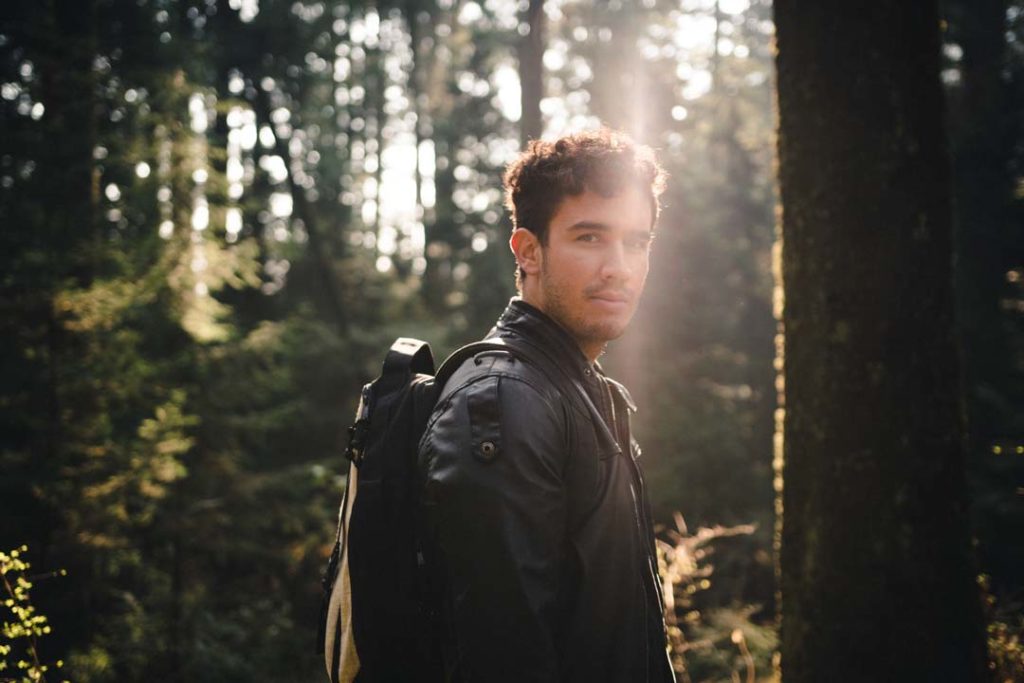 Scorpio men take romance to another level compared to most guys. And they love the thrill of the chase.

This doesn’t mean getting him to chase you will be easy, though.

Scorpio men are notoriously complex, mysterious, and cautious. They like to keep their distance in the early stages of attraction and will clinically assess you for compatibility before they decide to chase.

Because Scorpio’s attraction process is subtle, you’ll need to understand his unique style of courtship if you want to appeal to him and get him to pursue you.

You’re about to learn exactly what turns him on and gets him chasing, plus what turns him off and makes him back away. Scorpio men are very picky and won’t chase a woman unless he deems her worth his time.

1. Show off your intelligence, confidence, and independence

If you want your Scorpio man to passionately chase you, you’ll first have to stand out to him.

And displaying a strong personality and a poised presence is often the best way to get his eyes glued on you. You want to emanate an air of confidence, respectability, intelligence, and independence.

Seeing these qualities in a woman stirs Scorpio’s soul, making him unable to get his mind off of you.

Authenticity is key here. A woman who’s both confident and authentic melts these guys.

As a Mars-ruled sign, he likes to be the dominant one in a dynamic. But he respects and admires a woman who holds her own and expresses her unique thoughts and opinions without fear.

Displaying confidence, self-sufficiency, and high esteem also makes him become intensely curious about you. It shows that you’d be a potent mate who could provide him the power couple he craves.

He’ll wonder: where does your confidence come from? What fuels you? And he’ll become absolutely magnetized by you as he begins to chase you while trying to figure these things out.

2. Emphasize your depth and mystery

Scorpio guys are thoroughly magnetized by mystery. Scorpio is an investigator by nature and these men make great detectives.

They love to uncover what’s hidden in all aspects of life, and seeing mystery elements in a woman fuels his desire to chase her.

By indulging his investigative process, you are providing a pivotal ingredient for romantic success with him.

If you want to appeal to a Scorpio’s infatuation for mystery, you must avoid the temptation to reveal everything about yourself early on when getting to know each other. He needs abundant room to let his imagination run wild about you (which drives him to chase you).

Scorpio likes a bright and shiny appearance as much as the next guy (perhaps more), so you should feel free to catch his attention with a unique, even exotic, presence. But leave him wondering where your unique look and personality stems from. This allows him to wonder about you, to pine for you, and to crave uncovering your layers.

Related: How a Scorpio Man Tests You

Do this well, and your Scorpio man will obsess over you nonstop.

While remaining vague and mysterious, you must remember to avoid coming off as manipulative. You don’t want him to feel that you’re withholding just as a strategy to get him to chase. He’ll sense that this comes from insecurity, and will feel put off.

Instead, your mystery should come from your natural depth and a sense of boundaries. You don’t just reveal everything about yourself to just anybody. And you want him to work for your attention and prove himself to you if he wants to learn the details of your life. He will respect this, as it reflects his own internal drives.

So if you’re accustomed to revealing everything about yourself to your crush, hold back about 30% more than you usually do. He can chase you if he wants to fill in the rest.

3. Hint at possessing a deep – even troubled – soul

The worst thing you can do when getting to know a Scorpio man is to come across as lacking in depth.

Yes, some guys (especially the air signs), prefer that you put your most lighthearted, fun, and excitable foot first in courtship. But Scorpio is the sign of the underworld and transformation. He wants to go on a soul journey with his partner.

He prefers to bear witness to many layers of your soul. And these layers don’t all have to be fun and sporty. He wants to see your dark sides, too.

So don’t be afraid to highlight any deep difficulties you’ve faced in your life. Hint at an emotional scar you carry (a genuine one, of course). But don’t reveal everything about it early on, even if he prods. Make him feel that he has to chase to uncover your depths.

4. Avoid being needy with him

Neediness shows internal imbalance and a lack of patience in the dance of courtship. If you’re not patient, he’ll have no drive (or room) to chase you.

Note that Scorpio men are prone to test a woman for neediness. Scorpios often fear being needy themselves, and he might unconsciously play games to avoid coming across as more into you than you are into him. He understands that the one who wants the other less is the one who’s in control, and these guys are obsessed with control.

When he senses that you are not needy and a worthwhile catch, he will go in pursuit mode and subtly work to entice you into falling for him.

This process can take time. Scorpio men typically have guarded hearts and take longer than other men in the zodiac to open up to a woman.

He might withdraw here and there during your initial courtship. And you should be non-reactive to this behavior, even if it stresses you out a bit. Your calm and poise will make him even more drawn to you.

Just maintain a steady, flirtatious interest in him while broadcasting a non-needy “take it or leave it” attitude. Show him that you’re a dedicated partner to the right person, and he will eventually chase and work to show you that he’s the right person.

There you have it, four key steps to get your Scorpio guy out of his shell and chasing his way into your life.

The big takeaways are to maintain your own confident, high-vibe life and to always remain patient if he plays some push-pull games as he starts to assess you.

These guys can be a little bit manipulative and insecure about opening up at times. Try to take it in stride, and he’ll eventually open up his heart to you if you’re meant to be.