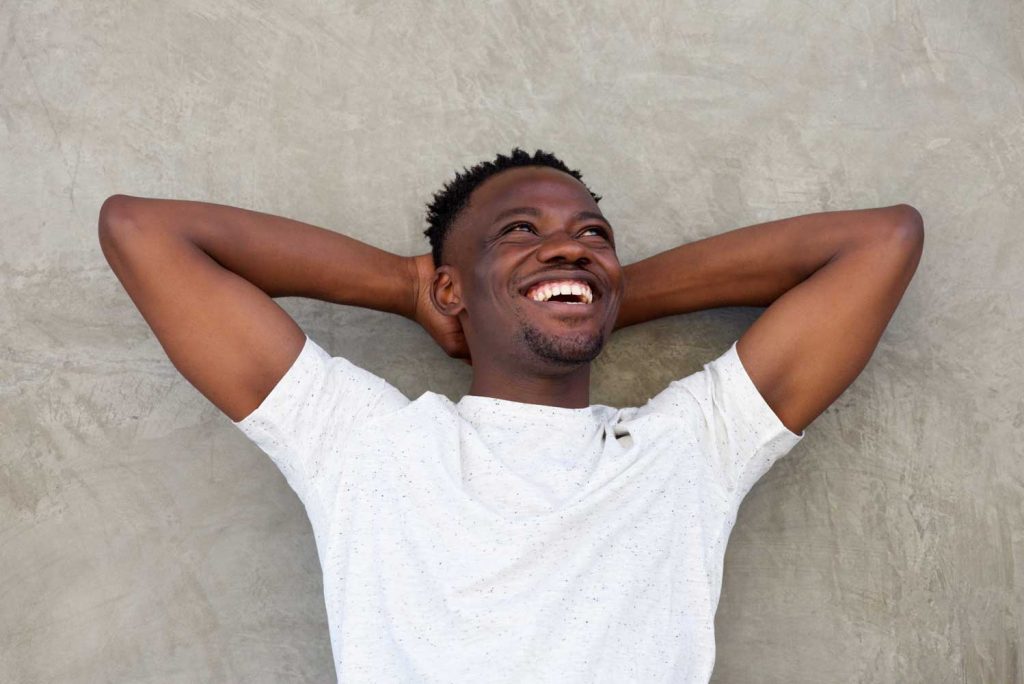 So you might have a Sagittarius male admirer, huh?

But you’re not entirely sure if he has a crush or feelings for you.

I don’t blame you. It can be hard to tell if a Sag man likes you or not. He’s friendly to just about everyone and is flirty with most women he meets.

He can be super playful, fun, talkative, and try to make you smile – but that doesn’t necessarily mean he’s singling you out for romance.

So let’s help you figure him out.

Here are five key signs to look for when trying to gauge if he has a romantic interest in you.

1. He’s highly attentive and tuned into you

Sagittarius men lead busy, scattered lives. He’s always up to something, and his attention is constantly preoccupied.

If you’ve caught his fickle attention and he’s honing in on you – it’s a definite signal that you mean something to him. He’ll rarely give his attention to people he doesn’t care about because he’s so busy and possessive of his time and energy.

If he’s heavily favoring you in social gatherings, that reveals high interest. Because he’s often the life of the party, and his attentions rarely fall on any one person for too long.

Related: The Sagittarius Man: Everything You’ve Wanted to Know

2. He compliments your intelligence

The Sagittarius man prizes mental acuity and wit. Even though he’s a physical guy, he needs a mental connection to make friendship and romance work. Intelligence turns him on.

There are a few ways you can tell that he appreciates your mind. One, he simply tells you he likes how your brain works. He’s blunt like that.

You can also pick up on his potential admiration for you if he continually engages with you in conversation. He loves to talk and can go on and on. But he will swiftly disengage from the conversation if he feels like the minds around him aren’t worth his time.

So if his focus is remaining on you, that means he respects your mind, which is an essential component of his attraction process.

The biggest clue that he’s into you is when he starts asking for your opinion on numerous matters. He may be curious about your stance on any range of topics – from politics, religion, science, literature, social issues, and culture. He can be a bit of a know-it-all, and he likes to be the teacher in social situations. So if he’s asking you for your advice, or opinion, on something, that means he respects you and appreciates your worldview. This means he’s probably beginning to admire you more profoundly.

3. He wants you to come on adventures with him

The Sagittarius guy is always either cooking up an adventure or immersed in one. There’s not much in-between with him.

He loves being on the move, and the outdoors, sports, and travel speak to him. Any given week, he may be on a biking trip, trekking, sailing, bouldering, competing in martial arts, rowing, or playing ultimate frisbee.

He’s perfectly content to do all of this independently (or with his dog). He also likely has a fully established friend group that he routinely hangs out with. So if he’s inviting you, that means he cares for you and wants to build your relationship together based on enjoyable shared experiences. Hopefully, he invites you on his next weekend camping trip!

If you want him to invite you on every excursion he takes, then learn to thoroughly attract him with my how to attract a Sagittarius Man course.

4. He connects with you when you’re apart

The Sag man isn’t the best at keeping in contact with people when he’s not in person with them. He’s not the type of guy to check in on his partner or friends just for the sake of it. He’s typically too busy doing his thing to be bothered by check-ins. He usually’s happy just to see you when he sees you.

Related: 5 Obvious Signs that a Sagittarius Man is Jealous

When he does call or text, it’s typically to plan a physical meet-up. So take note if he’s keeping in contact with you beyond planning your next outing together. He might start messaging you just to get to know you better or talk about something that happened to him or you since you’ve been apart. This is a big sign that he’s keen on you.

5. He makes more and more time for you

It’s the ultimate sign that a Sagittarius man likes you if he starts opening up his schedule for you.

Typically he will make a plan and ask his friends to come along. The plans and time are almost always his ideas and on his terms. But in rare cases, he will plan around the schedules of those who are important to him.

If he’s starting to adjust to your schedule and staying consistent (he can be a flake), then it’s a big sign that his interest in you is growing, and you’re becoming more important to him.

Next, in my course, you can learn more about fully and thoroughly attracting the Sagittarius man into a deep romance.