Why Are Scorpios So Good in Bed? The Top 5 Reasons, Explained 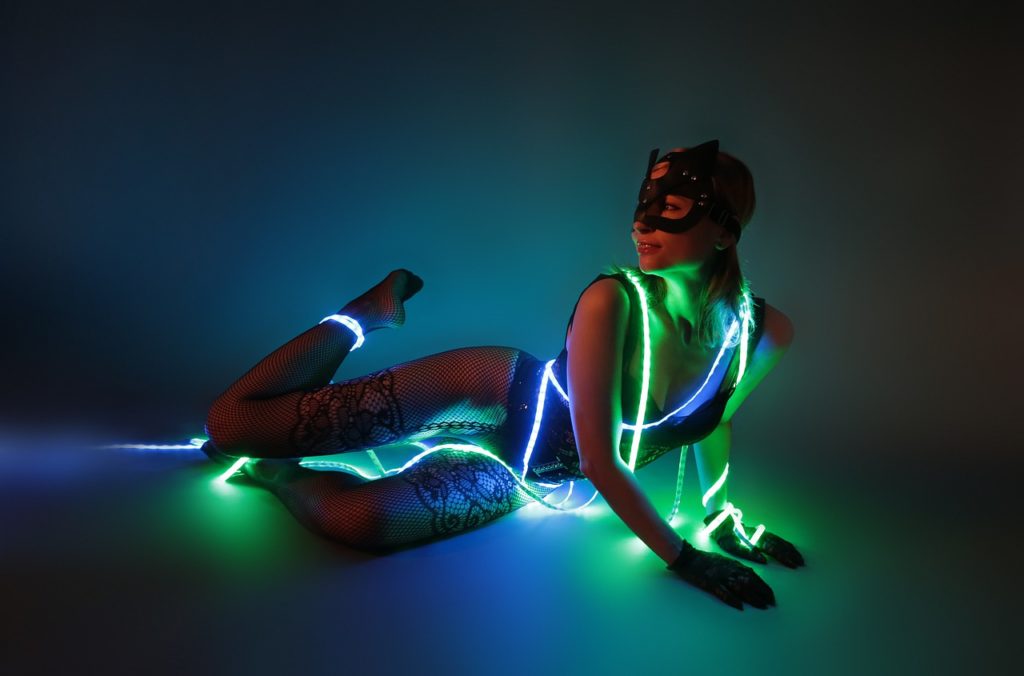 Scorpios tend to get a lot of hate, but they’re rarely criticized for their sexual prowess. In fact, Scorpio is widely considered one of the most sexually alluring and capable signs in the zodiac.

But what is it that makes Scorpio so sexy and so damn addictive in bed?

In this post, we’ll dive into five key areas of Scorpio’s sexual nature and dissect the nitty-gritty details of each. By the end, you’ll have a crystal clear picture of why magnetic Scorpio deserves that notorious sex god/goddess reputation.

There’s a hypnotic element to their fixed-gaze, seductive voice, and overall sexual charisma that makes your hair stand on end (in a good way). Their intensity can put a lot of people off, but that passionately obsessive, moody, and broody behavior can also act like wildfire in the bedroom.

Scorpio’s expressions can manifest in a wide range according to their moods and wants. Sometimes, Scorpio is all about the lusty, physical conquest. Other times, sex can be a highly energetic and spiritual experience. Either way, they’re giving their entire focus on their partner in an entirely immersive way.

The real magic begins when Scorpio lets their emotional guard down and expresses their deep inner emotions and feelings. Being on the other end of this bonding behavior is an entirely unique and captivating experience.

On the flip side, if you’re having sex with a Scorpio and they’re half-assing it, watch out. It means they’re likely about to show themselves the door in your relationship. That’s really the only reason that they’d take their foot off the gas in bed.

Another key trait that makes Scorpio one of the best sexual partners is their willingness to get it on.

Scorpio people are deeply programmed to explore and lust for sexual experiences. They’re drawn compulsively to sexual stimulation and the cultivation of deep intimacy. It’s the sign that rules the genitals and reproductive system, after all.

Their libido is the most continuous and powerful in the zodiac. Even Scorpio’s in their 50s will have the libido of a teenager, so long as they’re not energetically blocked.

They also tend to have great sexual stamina and are usually ready and willing at nearly anytime of the day. It doesn’t take much to get them turned on. Sex on wheels.

3. How they take control in bed

Scorpios are confident lovers that love to take control in the bedroom. They love to be on top of the situation and guide their lover along.

Even the women of the sign can be quite dominating. This is the sign most associated with dominatrixes. This doesn’t mean that Scorpio women don’t like to be submissive, they do. They’re just bold and in control of their desires.

The fact that Scorpios so naturally take charge in intimate moments is such a turn-on for the majority of their sexual partners. We all love boldness, and there’s something so sexy about a person that’s so easeful and sure of themselves sexually.

This Scorpio trait makes it so easy for you as their partner to expand your sexual comfort zones in a safe setting. A high-vibe Scorpio can be an amazing teacher and guide in sexual matters.

4. Their sixth sense about your sexual needs

Scorpio people are highly intuitive, especially in matters of sex and intimacy.

Most people born under this sign are able to read a sexual partner like a blog. They quickly develop a tangible sense about what you desire sexually just by being around you before you’ve even got naked. It’s an amazing sensation to feel that someone possibly knows more about your deepest sexual desires than you do yourself after only sleeping with them once or twice. That is the power of Scorpio.

And while Scorpio is dominating and confident in pushing a partner’s limits, they really are sensitively tuned into bringing pleasure to their partner. They have a deep awareness of the importance of consent and step back quickly when a partner is feeling uncomfortable. This is an immeasurably attractive trait, as it’s unfortunately common these days for partners to bulldoze right past comfort zones without any awareness.

5. Their penchant for experimentation

Scorpio loves to push the envelope in all areas. They thrive in life’s extremes and have an undying lust for the mysteries of the unknown.

This translates directly into the bedroom, where Scorpio is notorious for being a bit of a freak between the sheets.

Scorpio, is, after all, the sign of extremes. They’re ever willing to dive into some form of dark pleasure, while also riding the highs of deep, transformative, mind-blowing, soul-level contact that transcends our usual expectations for what sexual contact can be.

While commonly known for their conventional kinky side, many Scorpios experiment with esoteric sexual practices like tantra. If you meet one of these Scorpios, your sexual experiences with them might cause to undergo fundamental shifts in your entire sexual identity. That is the power of transformation provided by Scorpio.

While they can sometimes be creative to a fault, typically their creativity in bed blends exquisitely with their love of challenge. Even if something doesn’t go write, they’ll devote themselves to figuring out exactly what didn’t work, and will fix it for next time.

And they are, of course, open to any of your extreme tastes, as well. It’s nearly impossible to shock Scorpio. Whatever weird activity you might want to indulge in with them, 99% of the time they won’t bat an eye or judge you. They’ll simply say “when should we try it?”

This trait ensures that you’ll always have something new to explore together, which keeps sex, and life together, ever spicey.

There you have it, some of the key Scorpionic traits that make this zodiac sign one of the all-time greats between the sheets.

If you’re not afraid to potentially get hooked like a drug, then dive in deep with Scorpio and be prepared to extract every single drop of pleasure possible together.

Just remember, they might be a hard habit to shake. Once you go into their depths, you might never be satisfied with anyone else. Sex with a Scorpio truly is an experience unlike anything else.