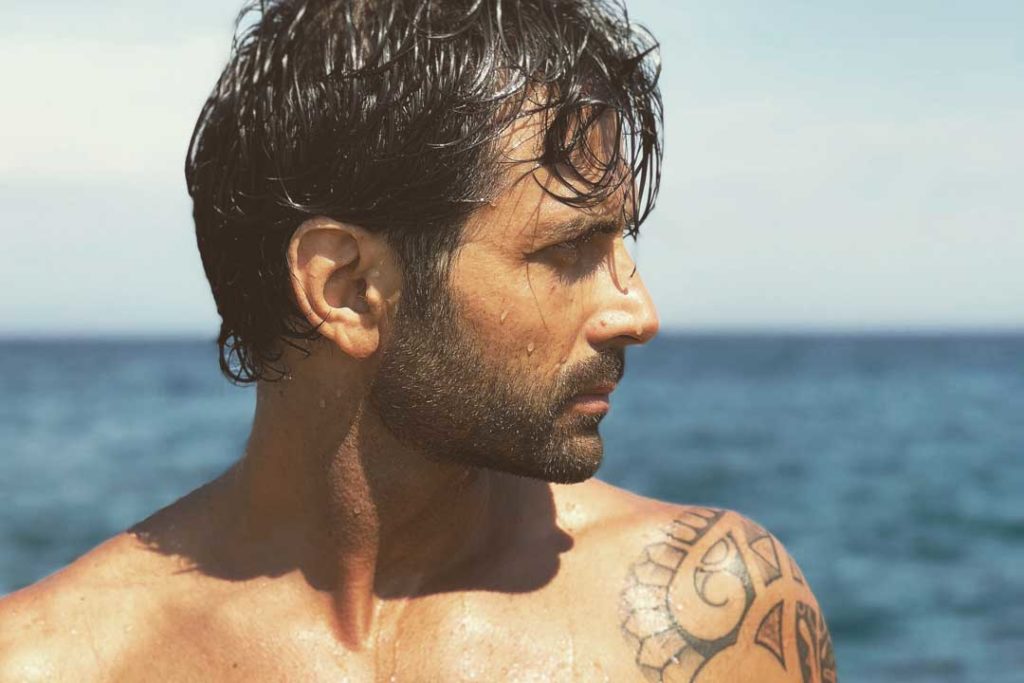 Leo guys are complete romantic idealists. They’re in love with being in love are full of energy, dramatic, and love the thrill of a romantic chase. They thoroughly love getting to get swept up in romantic escapades.

You’ve gotta pique his interest if you want him to chase you, though. Sometimes it can feel impossible to get these Leo guys to pursue you. And it’s not fun when they don’t take the initiative.

No worries, because you’re about to learn about his psychology and all those little quirks the Leo man has (and the ones he likes in a prospective partner).

1. Make your life interesting to catch his attention

Leo men like women who are passionate, lead interesting lives, and know how to shine. He’s hunting for his lion queen, afterall. He has a flair for the dramatic and likes to stand out from the crowd, so he needs a partner with esteem and a willingness to shine with her Leo guy.

If you have a career or passions that involve creativity or being in the public eye, showcase them. He’ll chase a potential partner that can enhance his image.

No matter what you’re into, make sure to go after the things that light you up inside. Leo is a fire sign, and he wants to be with a partner who takes action in her life and keeps her life energy flowing. This involves actively cultivating your intimate, social, and work lives.

Leo’s are fond of attention, but they also know how effortlessly attract it. If you’re seeming to be desperate for his approval and validation, it will make you come off as low-esteem and not self-validated.

Besides, if you behave needy around a Leo guy you like, it gives him no room to chase you. How can he chase after you if you are desperate to get his attention? That’s not much of a chase. It’s counter-intuitive.

To really allure him into chasing you, you want to seem a bit hard to grasp. You want him to feel like you don’t need him. That your self-worth doesn’t depend on him.

That signals high value, and makes him want to pursue you.

So be relaxed and patient when getting to know him. You don’t want to come off antsy if you want him to chase. You want to give off the vibe that you’re comfortable already. You’re in no rush. This self-sifficient signalling makes him want to get your approval by chasing you.

Be relaxed like this even if you really want to be with him. Because Leo men won’t usually chase a woman if she comes across as more interested in him than he is in her.

So just be your best possible self and give him the room to pursue you.

3. Be a prize worth chasing

Leo men like a good challenge in romance, so always position yourself as a catch if you want him to chase.

He won’t appreciate a woman that comes to him too easily. He wants to feel like he’s earned you. Like you’re a prize and putting in effort for.

This is a high-value shift, and will cause him to chase. It puts you in the position of the chooser, which makes your Leo man respond by becoming the chaser.

So lead an interesting life that he’d want to be a part of, reach out a bit less than he does (to make him wonder about you and give him space to chase), and make him work a bit for your attention.

Remember to be lighthearted and always make yourself seem like an attainable catch. You don’t want to come across as unattainable to him. You just want him to see your worth and to motivate him to chase you.

4. Be complimentary and flirtatious

Leo guys love attention and praise. When working to get him to chase you, don’t be afraid to fan his ego flames a bit. He won’t be able to resist it (if the praise is authentic, of course).

You don’t want to compliment or flirt with him to the point of seeming overzealous or desperate, of course. But you do want to shower him with just enough compliments and flattery to get him to want to chase you in an effort to seek out more good feelings from you.

So lay on the teasing, bantering, touching, joking, and complimentary admiration.

Playfully hallenging him is good. But just know these guys can have thin skins. Their ego’s are important to them, and playful slights can feel like real attacks to them. Be wary of being overly scarcastic with him.

Boundaries make men chase. Because boundaries signal our self respect and willingness to stand up for what’s right for us.

So always hold strong to what’s important for you boundary wise with your Leo guy. You don’t need to be aggressive about it. Quiet firmness is enough. Even if he doesn’t agree with your personal boundaries, hold them, and be entirely clear about them. This establishes respect and prevents wishy-washy behavior on his part.

Boundaries are essential in healthy relationships. If he’s weak, he might balk at your boundaries, but if he’s a quality Leo guy, it will make him want to chase you.

If you have a strong belief in loyalty, certainly express that. Leos are very fond of loyalty, especially in a partner.

6. Be a little mysterious with him

Leo men want to chase the person who piques his interest and gets him curious.

If you reveal everything about yourself early on with your Leo guy, he’ll grow bored. There’s no chase there. Mystery, on the other hand, is a great ingredient to get him curious and excited about you.

To do this, resist the urge to disclose everything about yourself when getting to know him. It can be tempting to share a lot about yourself to display to him your value, and it does built intimacy to share, but this desire should always be contained a bit.

Let him know a bit about you, but just enough to get him wondering what more is under the surface.

You don’t want to hide everything about yourself. But try holding back about 30% more than you usually do when getting to know him. Hint at things about yourself – your past, your goals, your interests – but don’t reveal everything.

You can even play a little hot and cold with your moods to keep him guessing. Even make yourself scarce at abrupt times. But make sure that you do all of this with a light touch. It’s supposed to be playful, fun, and flirtatious. If you just seem to be withholding for effect, it will come across as manipulative, and your Leo guy won’t like that.

Just a little pinch of mystery adds to the spice of your connection and gets him chasing.

Let us know in the comments what you think of them, or if you have any tips to add of your own!