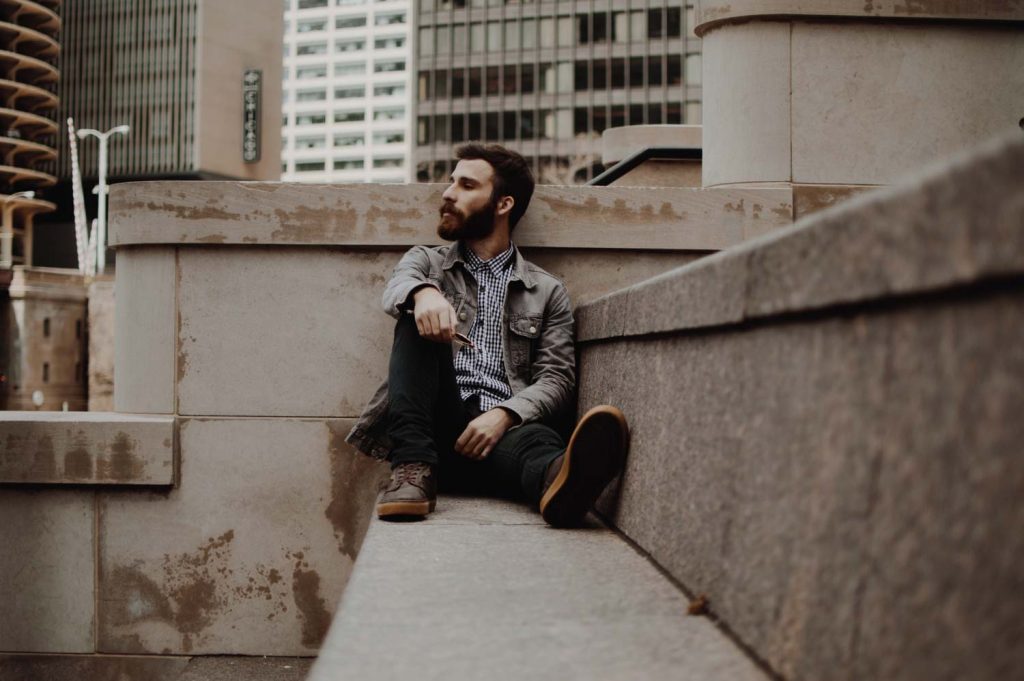 Looking to find the best ways to get an Aquarian man to chase you?

I’ve got your back.

Aquarian guys have a calm demeanor and a relaxed self-assuredness, making them tough cookies to entice into chasing you. But it can be done.

I’ve collected the most powerful and effective methods to get this guy seeking you out in this post.

Apply these techniques well, and he’ll be knocking at your door in no time.

As you read, you’ll notice that I put a lot of emphasis on how to draw him in without being manipulative. Being manipulative can build attraction, but it can also make things blow up in your face, especially with the Aquarian man – who hates deception and coercion.

We all test potential partners. It’s a natural part of the process. But no one wants to play endless mind games—even the mentally agile Aquarius man.

You want to draw him to you in a natural, playful way. You want to spark his curiosity and capture his heart. You want things to feel good and light.

With that said, let’s get to the tips and tactics to get him chasing you.

1. Show that you find him interesting

You want him to know that you’re receptive to him as a potential mate. But don’t go crazy and fawn over him. Coming on too strong will make an Aquarius man weary.

You want to create just enough of a spark to want him to chase you and bridge the gap. The rest of the tips will help you build on this initial spark.

Note that you can sometimes get an Aquarian man to chase you just by showing some initial interest. If you’re a good match, you shouldn’t have to do extraordinary to get him chasing you. Aqua guys are straightforward and will communicate when they’re into someone, and the feeling is mutual.

Now that he knows you’re into him, the next step is to present yourself as a challenge.

Making yourself a challenge will accomplish multiple things:

Some important things to consider when making yourself a challenge:

Aquarius men yearn for a partner they can’t have right away and have to work for. Playing hard will satisfy this yearning and inspire the “thrill of the chase” in him, which is precisely what you want.

Simple tips for being a challenge:

Do this right, and he will be a bit shaken up and want to prove himself to you. Do this wrong, and he might think you’re not interested in him or are just toying with him (remember step #1).

If you want him to chase you, you’ve got to show him that you’re worth chasing.

The best way to entice the Aquarian man is by having an exciting persona and a ton going on for you. Everyone craves more excitement, especially the novelty-seeking Aquarian man.

So show him how exciting you are when you’re with him, especially if you only see him on rare occasions. You can do this through any social channels that you know that he might notice you on.

Create shared experiences that feel exciting and adventurous. Be playful, silly, funny, original, and authentic. Emphasize any fun, childlike qualities that you possess. Take his hand and run somewhere. Through the rain, through a museum. Be spontaneous, and he will be enthralled.

The pursuit of sex is a primary motivating factor for men, Aquarius men included.

Most men will have sex with a woman quickly after meeting them. But rarely will this create sustained interest.

Delaying sex is an expansion on the idea of playing hard to get. The more you delay it, the more he will feel inclined to get it, resulting in him chasing you like crazy. He’s getting closer to you, but you’re still delaying the culminating power of sex.

So don’t give in to sex early on, even if he chases you and actively pursues it. Delay a bit, even if you want it, too. Build up his anticipation. To really stir him up, deny sex, but at the same time be subtly sexually suggestive.

When you do finally give in to sex (after he’s chased you a bit), he will be more satisfied and will value you more than if you had given in right away.

Aquarian men love to dig into potential a partner to figure them out. He’ll poke, prod, and investigate until he understands all of your inner workings. He can be shameless about this.

Even though it can be flattering, you shouldn’t give in all the way. Especially if he’s invasive or otherwise oversteps your boundaries, he might do this by asking too intimate of questions, teasing you too hard, belittling you, or otherwise mistreating you.

He’ll want to chase more because your boundaries signal high self-esteem and personal value. That you won’t allow him to walk all over you. That you’re assertive. That you’re comfortable with denying him and risking the connection by withdrawing.

As I’ve said before – you don’t want to come across as cold and unavailable when employing these strategies. Instead, you want to dangle the potential of closeness in front of him while at the same time making you avoid seeming like an easy catch.

So chastise him when he oversteps while also teasing him about what more could come when he does things right – and he will chase.

Being mysterious is a potent seductive lure and adds to the boundary creating we just discussed.

As mentioned, Aquarius men are curious and are always looking for puzzles to solve. He will analyze you like a puzzle until he’s put together all of the pieces.

Even if he’s not being rude and overstepping, you still don’t want to indulge his curious nature entirely. Staying a bit of mystery is essential – because if he learns all there is to know about you too early, he’ll lose interest (and won’t chase).

Here are some ways to be elusive and mysterious so he’ll chase you:

To get an Aquarian man chasing you, you need to build his anticipation. Mystery builds intense anticipation. He’ll savor in pulling back each layer of your complex personality.

Being mysterious also reminds you not to rush the connection. If he’s a good match for you, then you guys will have plenty of time to get to know each other. Being an open book instead of revealing yourself to him slowly over time ensures that he’ll grow tired of you and will lose interest in chasing you.

Aquarius men are not outwardly emotional and recoil from strong displays of emotionality. By holding yourself back, you appear in control and not needy. Being mysterious also keeps you from laying big emotions on him too early.

A general rule of being mysterious is to reveal enough of yourself early on to get him hooked and chasing you (by revealing, say, 70% of yourself), and then leaving the rest of your character to be shown slowly over time in an intriguing fashion.

Overall, the biggest key to getting the Aquarian man chasing you is for you to have a fun, confident life that he wants to be a part of.

When you are happy with yourself, from the inside out, everyone around you sees it. And makes you a magnet for the confident, individualist, and freedom-loving Aquarian man.

If you’re happy, genuine, unique, and confident, he will travel far and wide to be with you. Chasing will happen effortlessly. You won’t have to do much of anything to get him coming after you.

So instead of fixating on ways to get him to come to you, fixate on making your life extraordinary. This alone can make him gravitate towards you and fall into your orbit.

Who knows, you might get so wrapped up in your awesome life that you’re not even sure that you want to spend your precious time and attention on him. Now that is high value – and a great way to get an Aquarius man to chase you.

Remember, you are the prize.