How to Get an Aries Man to Chase You Endlessly 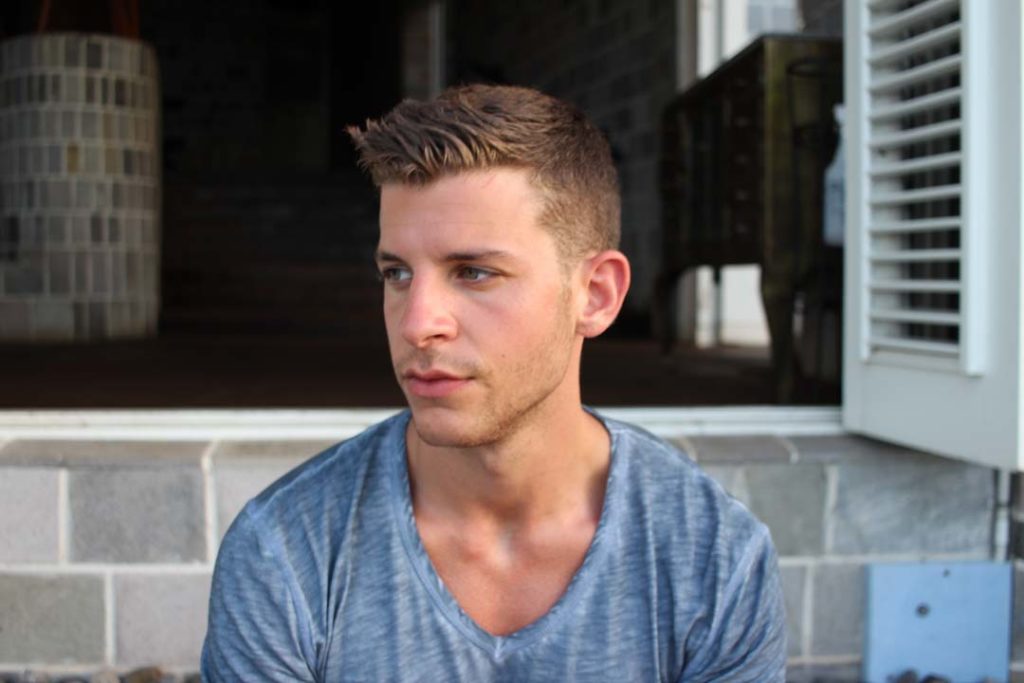 Aries guys love the thrill of the chase in all aspects of life.

But getting him to chase… you? Well, that can feel like a challenge.

It’s time to face that challenge! You’re about to learn the exact ways you can catch an Aries man’s fancy and get him plotting and planning about how he can have you.

The following information applies in all situations. It doesn’t matter if you’ve just met him, are long-time best friends, or past lovers.

The advice in this post will make you stand out to him, getting him to not only chase you… but setting the stage for him to fall in love with you.

Now, let’s not waste any time. Just like the Aries man, let’s get straight to the point!

1. Be a go-getter and have plenty going on in your life

The number one strategy to get an Aries man chasing you is to have an active, fulfilling life! Doing your own things, and do a lot of them.

See, the Aries guy likes to take action. And he likes having partners who take action, too.

If you have nothing going on in your life he’ll think: what’s there to chase?

Sure, he likes to lead, too. He likes to romance a woman by grabbing her arm and introducing her to all sorts of fun, adventurous experiences.

But, he needs reciprocation. He wants an authentic, competent woman who knows what she wants from life, and goes after it. Self-efficiency is ultra sexy to the Aries man. Initiative and bravery are major aphrodisiacs to him.

So, to get this guy chasing you, be sure that you’re going after the things that light you up inside. Be active in your social and work life. Try to have a clear idea of what you want and what you don’t want from a partnership and the world.

Remember to always be you. Lead from your internal, authentic guiding light. Aries men don’t like followers. They like pioneers. So don’t get fixated on being the woman you think he would want. Because he wants you. The version of you that takes charge and goes after what she wants.

Avoid the trap of constantly adjusting yourself to please him. You’re both unique and enough. Own it, and let him see it!

If he’s the right guy for you, he’ll love how you show up, and he’ll want to show up for you.

2. Give him intense experiences

Aries guys love to get out into the world and sample the various thrills that are available.

You can easily get him bonded to you and chasing after you by introducing exciting experiences into his life.

Try to find out some sort of adrenaline-pumping thing he’s into. It could be rock climbing, diving, ultimate frisbee… and indulge him in it! Plan a trip and invite him. If he goes, awesome. If he opts not to, be sure he sees how fun it was! He’ll definitely go next time. Or in the least, he’ll start to view you as an adventurous person with similar tastes.

Even just being silly, charismatic, and lively will make him want to chase you. Showcasing a stimulating personality might be all it takes to get him pining for you and wanting to be around you all the time. Fun and spontaneity in a woman is a breath of fresh air for the Aries man.

3. Believe that you are a prize worth chasing

Feeling that you’re a catch is key to getting your Aries guy chasing you.

You don’t want to be pedestalizing him and fixated on trying to get him to commit to you… That means you’re chasing him. And it’s not acting like you’re the prize.

You obviously like him and want him to chase you… but still, you’ll want to shift your thinking from the chaser to the chased.

And what sort of women does an Aries guy want to chase? One with a strong self-belief, an abundant mindset, and a deserving attitude.

And replace them with:

When you think like this, you become the one who needs to be won over. And when he senses this, that makes him chase! He wants a piece of that high-value energy that you emanate.

Yes, you have to cultivate the belief that you’re high value, abundant, and worth chasing. And that’s a great thing to do, if it’s not already ingrained in you.

The best way to do this is to work hard on step #1 – be a go-getter and have stuff going on in your life.

Lead a life that he’d want to be part of, reach out less than he does, and be a bit of a challenge. This will get him chasing you like crazy.

You don’t want to play crazy hard to get or anything. You’re not up on some unreachable pedestal or anything. But you must make him feel that possessing you would be an attainment for him.

Related: 6 Simple Tips to Get an Aries Man to Miss You

4. Showcase your nurturing, feminine side

To get your Aries guy chasing, be sure to always approach him with warmth, love, and unconditional appreciation.

Do this well, and you’ll be the first person he’ll want to turn to when he needs support, rest, and nurturance.

Aries men also get really turned on by a woman who’s uninhibited and open to playful sexual teasing. So don’t shy away from employing your feminine whiles with some flirty sexual innuendo from time to time.

5. Create A sense of urgency by making yourself scarce

Men (particularly Aries men) are hunters by nature. They love a good romantic chase. They love to possess a woman who they have to do a little bending over backward to have.

But even the Aries man can need a little bit of motivational prodding here and there. Becoming a scarce commodity is a powerful way to prod him into taking action to pursue you.

Remember point one, having a full life. Ideally, you’re already a scarce commodity just by the virtue of having an active and busy life. But if you don’t have too much going on, avoid the trap of making yourself too available to your Aries crush.

When a woman is always available to an Aries guy, he’s more likely to lose interest in her than chase her. Because she’s making herself entirely available to him – there’s no thrill, no challenge, and he might even start to fear that she’ll smother him with too much focus and attention if he gets closer to her.

So instead, temper your enthusiasm and availability, especially early on. Pace yourself and resist being perpetually available and waiting for his call.

Another way to kick up his sense of urgency to chase is to keep dating other men, even creating a little triangle. Aries men are competitive to a fault, and having other potential suitors to compete with will drive him towards you. Just be cautious about how you set this up. You don’t want him to think you’re game playing out of insecurity. So be cautious.

In fact, he’d struggle to chase her even if he tried – because her neediness means that she’s always right there hovering around him, hoping that he chooses her. There’s no sexual tension there, just the likelihood of him feeling overwhelmed.

An Aries man wants a self-validated woman that isn’t desperate for male validation. To really captivate him into chasing you, you need to show him that you don’t need him. That’s the essence of the romantic chase.

He must feel that your self-worth isn’t dependent on him validating you. He must see that you’re not leaning in on him, ignoring yours and his boundaries, because you fear that if he doesn’t like you back you will be diminished.

The surest bet to get him chasing is to make him feel that he’d be building a relationship with a woman who’s already satisfied and not trying to fill some void inside.

So be your best, most independent self, and watch him come to you!