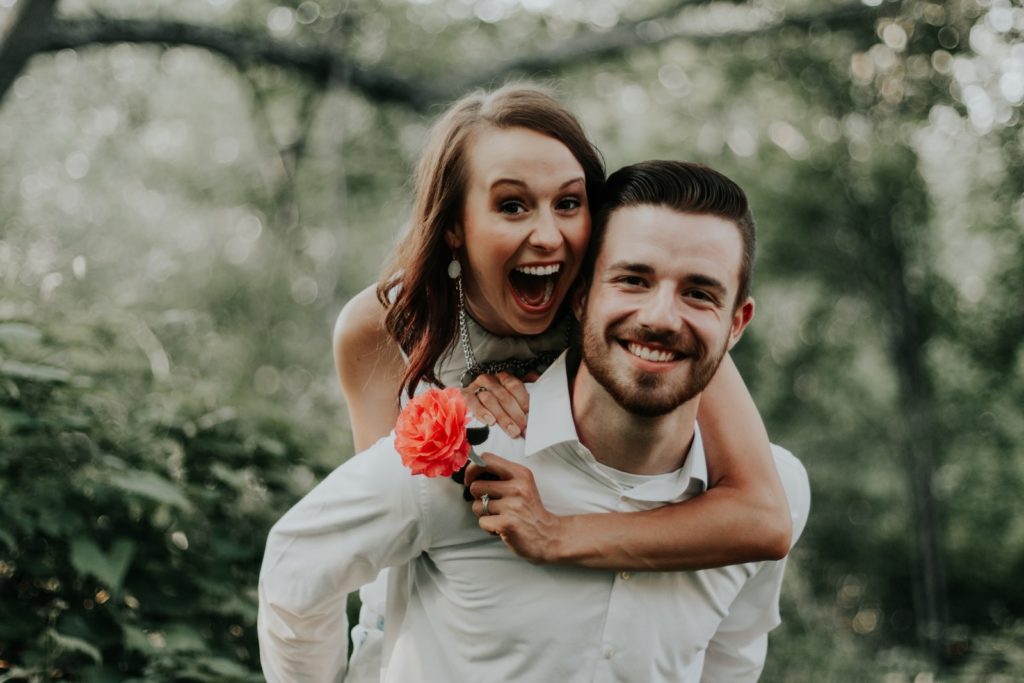 What Attracts the Taurus Man to the Aquarius Woman

Her quirkiness. From their first meeting, the Taurus man is intrigued by the Aquarius woman’s quirky personality. Not too serious, not too humorous, her whimsical and unconventional behaviors are alluring to him. She represents everything he is not but may secretly wish to experience. Her weirdness turns him on.

Her intellectualism. As fixed air signs, Aquarius women are known for their brilliance. Their innovativeness makes them excellent with technology and other industries that are profitable for a business-oriented Taurus man. The Taurus man finds her passion for knowledge and advancement sexy. She exposes him to new trends, theories, and case studies.

Her social connections. Aquarius rules friendships and group connections in Astrology, and the Aquarius woman is no exception. Despite her emotional reservations, she is quite a social butterfly. She is a part of a variety of friend circles and organizations. Although this may feel overwhelming for the private Taurus man, he appreciates her for getting him out of the house and expanding his network.

What Attracts the Aquarius Woman to the Taurus Man

His ambitiousness. Although the Taurus man loves his luxurious lifestyle, he is equally hard-working and focused. As an earth sign, he prioritizes financial security. He will not rest if things are unstable in his life. At times, she can be frustrated by his constant worries about money, but she can’t deny how turned on she is by his ambition to succeed. She finds his dedication desirable. She knows he will do anything to provide for her.

His groundedness. The Aquarius woman is all about the vibes when it comes to love and romance. If the vibes are off, it doesn’t matter how charming a man is; she won’t be interested. At first sight, she is impressed by the Taurus man’s expensive style and quiet sexiness, but it’s his soothing earth vibe that gets her attention. Instead of the high-strung social crowd that she’s used to, the Taurus man provides her with the chill she’s looking for. He helps keep her grounded during chaotic times.

His loyalty. The Aquarius woman is not the conventional dater. She believes in monogamy, but she also believes in independence within a relationship. The Taurus man is entirely the opposite. He is very traditional and not always monogamous, but he values the social construct of marriage and commitment. Although they have different views on relationships, the Aquarius woman cannot deny his undeniable loyalty. She knows he will always be there for her.

Although the pacing may be off at first, sexually, the Taurus man and Aquarius woman can be quite compatible if they agree to work at it. Here are some of the traits that make the Taurus and Aries dynamic such a delight in bed:

Electrifying. If there were one word to describe the sexual compatibility between a Taurus man and an Aquarius woman, it would be electrifying. Ruled by Uranus, the planet of electricity, the Aquarius woman is a force of nature in bed, and the Taurus man is turned on by her open sexuality. Because of her wild imagination, she brings a level of spunkiness and fantasy that the Taurus man is not used to. However, his earthly essence will have the physical strength and endurance to keep up with her. She needs to be patient as he takes longer to warm up.

Spontaneous. Out of all the Taurus man pairings, the Taurus and Aquarius woman pairing has the most spontaneous and unusual sex. With the Aquarius woman’s quick-witted nature, she likes to think on her feet and not dwell on what-ifs. The Taurus man may sometimes be taken off guard by the sudden sexual interest, but eventually, he will learn to look forward to the Aquarius woman’s random lovemaking sessions. She is not afraid to have sex anywhere. She encourages him to keep things spicy in the bedroom. If not, these two may get bored.

Is the Taurus Man/Aquarius Woman Relationship Likely to Last?

Taurus and Aquarius form a square relationship, which means they are four signs apart. The square aspect is one of the most challenging relationships in Astrology, as it involves signs of different elements but the same modality. This means that they have different values, interests, and personalities but similar behaviors, leading them to butt heads.

As two stubborn, proud, and highly opinionated fixed signs, these two may run into frequent conflicts of interests and differences of perspective. Although Taurus’s loyalty and devotedness turn on Aquarius, Taurus struggles to embrace Aquarius’s eccentric and unconventional habits and ideas.

Romantically, they find each other very attractive and share similar long-term goals, but it would take a lot of adjusting to make this situation last. In this case, Taurus’s practical earth nature is too slow-paced, rigid, and stubborn for Aquarius’s air abilities. Without significant changes, Aquarius would feel bored and neglected by Taurus’s routineness.

At the same time, Aquarius’s constant need for verbal validation and analysis is annoying and anxiety-producing for the simple Taurus man. He feels overwhelmed by her chronic communication needs.

Overall, Taurus and Aquarius are great for a fling, OK for a relationship, and OK for the long haul.

Open-mindedness. Patience is not the Aquarius woman’s strong suit, especially when it comes to communication. As a natural-born orator, she finds it extremely difficult to keep an open mind regarding the Taurus man’s lack of consistent communication. To find a solution, the Aquarius woman must be willing to find more nonverbal ways to connect and build a mental connection. Otherwise, silence will tear them apart.

The Most Dangerous Zodiac Signs, Ranked