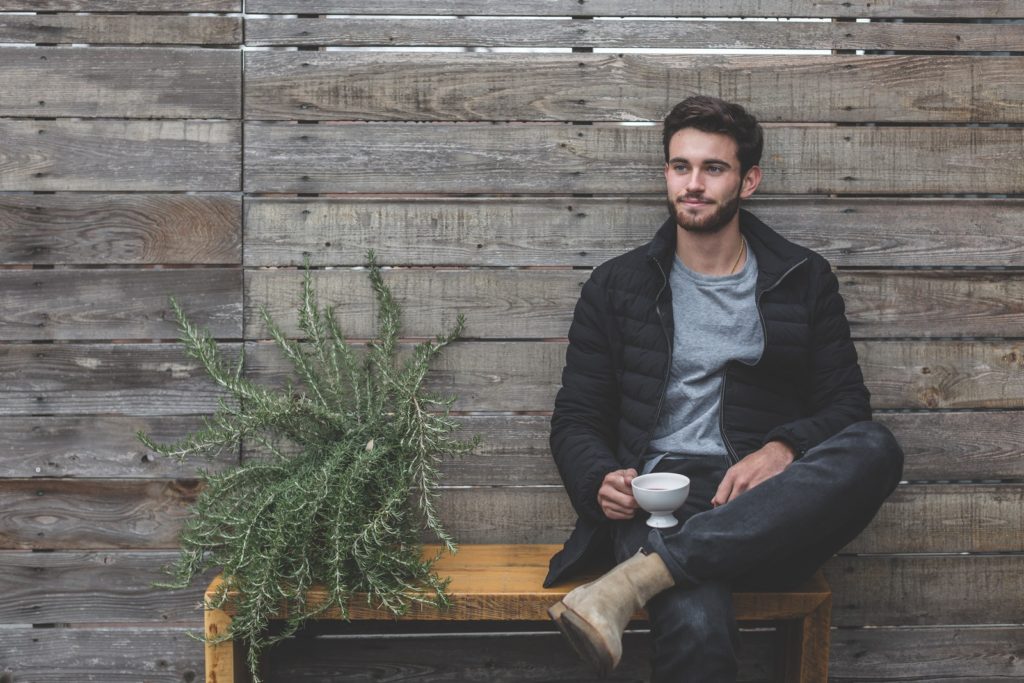 So, you want to get a Taurus man thinking about you and missing you, huh?

Are you trying to stir up the attraction of a new Taurean guy in your life? Or are you wanting to spice up an existing relationship with a Taurus guy you’ve already been involved with.

Either way, the tips in this article should help you appeal directly to his earthy, Taurean nature and make him pine for you constantly.

Alright, let’s get on to the tips!

Taurus is literally the sign of self-esteem in the zodiac, and you’ll need plenty of it to arouse his interest and get him missing you.

He loves a self-possessed woman who’s attractive, brilliant, and strong. Looks are important to him (Venus rulership), but above all, he wants someone who’s resilient in the face of life’s challenges.

You don’t want to come across as needy or eager to push Taurus to commit. Patience appeals to him deeply, especially in courtship. At the same time, he likes when you’re open and receptive to his pace of connection. Composed feminine receptivity turns him on.

2. Be a paragon of maturity and self-sufficiency

Taurus likes to play the provider and resource manager in the relationship, but he’s also drawn to women that are reliable adults who can manage things similarly.

To get him missing you, show him that you run your life like a well-oiled machine. That you’re able to balance your life between family, work, and fun, and that you’re consistent and punctual day in and day out.

Show him glimpses that you’re the reliable catch he’s always dreamed of, and he’ll chase you constantly and miss you whenever you’re not around.

Taurus men are very stimulated by appearances. He’s ruled by Venus, so he likes wholesome balanced looking women, but he also has a lot of passion and sexual energy. So seeing you wear something a little sexy or racy will imprint on his mind and he’ll think about you when he’s alone.

When you’re going to be with or around him, put a little extra effort into your hair, outfit, and makeup.

Never look tacky or cheap around Taurus. You want to go with an elegant, fashionable look that screams put together with a bit of original flare. But make sure your clothing choices feel stylish and confident instilling to you, also.

Taurus loves scent, as well. Try wearing a touch of your favorite perfume around him and see if he makes a favorable comment about it. Then you can brush up some of your scent onto him. When he goes home, he won’t be able to get you out of his mind with your scent lingering on him.

Taurus men are all about the simple pleasures in life. He likes to indulge in long sunset strolls, good food, and good wine.

He’s repelled by people who are erratic and fight for fighting’s sake. He doesn’t like people who play games or are overly hot and cold.

He wants peace and a partner who’s right there with him, savoring every moment. Sure, he likes to joke around and have fun. Taurus can be very silly. But, above all, he wants someone who’s laid back and gives him a serene sense of relaxed connection.

You never want to make him feel rushed. He will not miss a woman who’s anxious for connection early on in a friendship or relationship. He takes his sweet time to really commit to someone, just as he does with everything in life. To get him to miss you, he has to have space to miss you. A woman with a serene self-driven life will attract him the most.

5. Show him plenty of admiration

Taurus loves it when people genuinely admire him. While he moves slowly, he’s a rather ambitious guy. A woman who makes him feel brilliant and successful will stick in his mind, and he’ll think about her often.

When you’re with him, surprise him by asking for his advice about things, and listen with rapt attention when he responds. Never interrupt Taurus when he’s talking. He’s very steady and paced and hates to feel disrupted.

Be available when he could use attention, and never try to change him or tell him what to do. He loves flattery, especially when the compliments are thoughtful and unique. The more specific your compliments, the more he’ll miss being around you and hearing your sentimental statements.

6. Always be real and authentic

Taurus wants to be surrounded by people who have depth and are grounded in themselves.

He doesn’t like it when people put on appearances or are wishy-washy. Taurus can smell BS from a distance, and he tends to call people out on it; which is not fun to be on the other end of.

If he’s drawn to you, he wants to connect on a deeper level. If you struggle to open up authentically with him, he won’t miss you when you’re not around, and he might pass entirely on pursuing you. You can get his attention if you really open up and are honest about your interests, passions, and quirks.

Anyone who is patently unique and comfortable with themselves magnetizes him. Be that woman who expresses her truth passionately, and he’ll think about you often.

If you like him, don’t be afraid to get a little touchy with him. He loves touch, and so long as he’s not sending you signals to step back, he’ll appreciate that you’re taking initiative to get closer to him. It will lower his defenses and get him in a space of closeness with you.

7. Add a little intrigue by being somewhat mysterious

Being a little bit mysterious is a tried and true way to get a man to miss you.

With Taurus, you don’t want to play this hand very strong. He’s not big on people who are forcibly cold or aloof.

Don’t play obvious games just to make him jealous or to chase after you. He’ll see through it and will be put off.

Instead, be open and playful, but just a bit teasing and withholding. Be a little bit hard to reach and figure out. You want him to get more and more curious about you.

Limit the availability for him in your schedule. It’s a mistake to always be available to a crush or partner. As long as there’s a sufficient spark to build more attraction off of, then the absence will certainly make Taurus’s heart grow more fond of you. Without seeing you frequently, he will feel your significance and will miss you dearly.

Always remember that Taurus wants to earn someone’s love. He wants a catch that he slowly works for and builds an impactful relationship with. If you take your time and subtly draw him closer to you, he’ll end up treasuring you more in the long run. In your excitement to get him thinking about you and chasing you, don’t make the mistake of making it too easy for him. Be a prize to be won, and he’ll feel drawn to attract you.

There you have it, seven tips to get the Taurus man thinking about you and missing you when you’re away.

What did you think of the list? Did I leave any important info about the Taurean man out? Do you have any experiences of your own to share? Let us know in the comment section below!