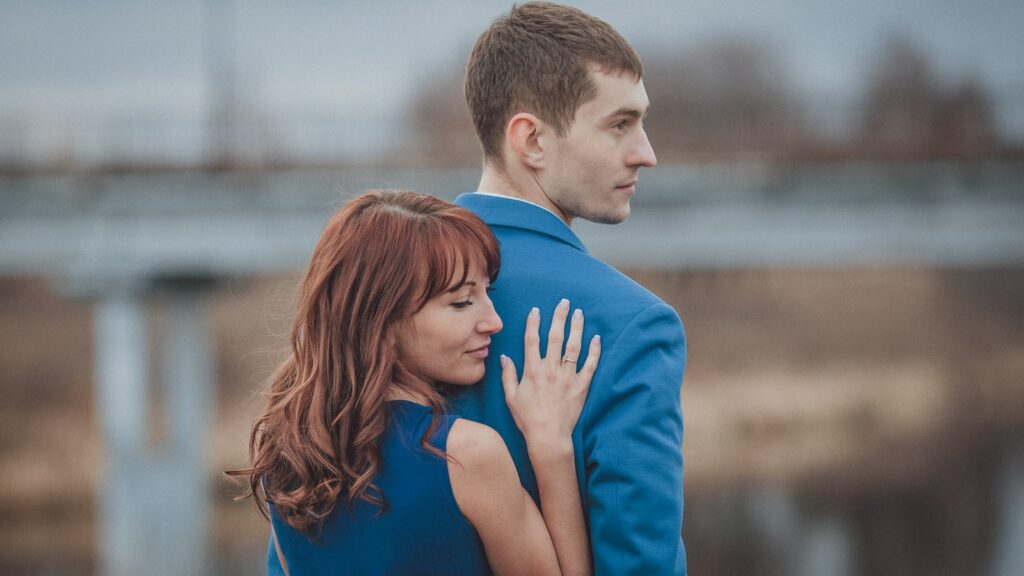 Do you think a Taurus guy in your life might be playing you?

You’re about to learn all the red flags to look for in a Taurus guy. In this post, we dive into how these men can use women to meet their selfish needs.

It’s essential that you do research like this since it can be hard to figure out how a guy is playing you early on in a relationship.

So read on and prevent yourself from the heartbreak of falling for a Taurean guy who intends to use you and eventually ghost you.

1. He limits your access to him and constantly keeps you at arm’s reach

A high-interest Taurus man wants plenty of bonding early on in a relationship.

He’ll go out of his way to accommodate your schedule and try to weave your lives together in a way that feels balanced and harmonious.

On the flip side, a Taurus man that’s simply playing you won’t go out of his way to make things effortless for the two of you to meet up.

Instead, he’ll only make himself available to hang out at certain times of the day/week that suit his desires.

This might mean only calling you out of the blue to hang out late at night for sex.

2. He doesn’t put much energy into connecting and is hardly present for you emotionally

If your Taurus man isn’t confiding in you or tending to your emotional side, be on guard because he might be using you.

Taurus men that genuinely like you will quickly move past small talk and discuss their life with you in an open and vulnerable way.

But a Taurus man who only wants to use you will likely refuse to go that deep emotionally and resist disclosing information about himself.

If he’s playing you, he won’t be genuinely sweet to you consistently. He might feign care and thoughtfulness early on or when he wants something from you, but it won’t be consistent.

Although he won’t want to listen to your problems, he might very well expect you to cater to his.

See how he responds when you try to enhance your level of intimacy. If it feels like he’s dodging connection and focusing on keeping things physical, that’s a sign he might be using you.

3. He keeps your relationship separate from his family & social circle

For the Taurus man, his partner must mesh well with his friends and family. Introducing you to these groups is one of the key signs that he’s serious about you.

If you’re Taurus love interest is showing no signs of wanting to integrate you into his social network, that’s a potential sign of him being one foot in and one foot out. When he does this, he’s clearly not that serious about you.

If he’s doing this, ask him about his friends/family and look closely at how open he is about the topic.

Does he make excuses to change the subject? Or is he open to discussing it? If you bring up social media accounts, does he show an avoidance of the idea of letting your relationship be known on them?

Now, it’s possible that he’s shy and doesn’t like to advertise his relationships. Many Taurus men are introverted and want to keep personal things behind closed doors.

But if it feels like he’s hiding or concealing you, that’s the red flag to look out for.

4. He love-bombs you initially, then acts hot and cold

Taurus men are great at being complimentary. Their Venus rulership gives them a naturally affectionate nature.

Watch out, though, if a Taurus guy is overly complimentary and agreeable early in the relationship but then turns cold on you seemingly out of the blue. This is a common sign that he could be using you.

He turns on all that earthy, Venusian charm in his initial love bomb, which gets you hooked. But then he shows his laziness and his lack of general interest when his interest seemingly drops off the map.

If he’s playing you, he might turn the charm back on after being cold, so he can keep you hooked.

So pay close attention to his energy. If he’s expressing ideas that you’re made for each other and pumping you up emotionally but not really delivering in a genuinely loving way, he could be using you.

5. He puts little effort into making shared plans & constantly expects that you’ll adapt to his schedule

A Taurus guy that’s truly into you will make the effort to be with you.

He’ll invite you into his routine and will inquire about yours so that you two can share experiences together.

He’ll also create opportunities for you to spend time together. He’ll take you out on actual dates.

A Taurus man that’s using you, on the other hand, won’t make that effort.

He won’t put much effort into planning time for dates and get together. Instead, he’ll reach out last minute, on his terms, and likely ask for you to come to him. This could be blatant, like a late-night booty call situation to satisfy his lust, or more subtle.

So, is he doing the bare minimum of planning and courtship to keep you available as a hookup option? Or is he genuinely initiating a deep and caring courtship?

If he’s too busy to plan an actual date or makes you wait far too long to make shared plans, he’s likely not that interested and only wants you on his terms.

6. He keeps things non-commital but works hard to keep you hooked on him

A Taurus guy that’s using you will try to play you for all your worth.

He may hint at wanting something committed, but he won’t make that commitment with you.

If you ask him, “where is this going?” and he changes the subject, that’s a clear sign he’s keeping his distance and possibly playing you.

While he does this, he might also try his best to keep you interested and to seek out his commitment.

He wants you to chase him so that your high interest will translate into easy opportunities for him to use you for whatever his aims are (attention, sex, resources, etc.).

He might even commit to being boyfriend/girlfriend. But it won’t feel like it. Something will likely feel off like he’s not really behaving as you’d expect.

Also, note if he’s willing to share your relationship status with others or if he’s keeping you two secretive.

7. He’s fixated on getting you to give him more physically/sexually

A Taurus guy that’s using you will often be pushy about physical escalation while at the same time neglecting other forms of energetic/emotional escalation.

He might ask you for nudes, compel you to sext, or send unsolicited dick pics. Even if you’re trying to focus on serious conversations, he might keep hinting at sexual things and try to steer the conversation away from your topics.

Every encounter you share might conclude with him trying to get off, even if you’re clearly not in the mood for sex.

This one-track mind is obviously immature, which many men are. But it might also mean that he’s trying to play you.

Related: What Sign is the Best Match for Taurus?

How to avoid being used by a Taurus man

To assess whether a Taurus man is playing you, you always want to keep your bearings and critical thinking. Don’t let your desire for him or his sweet-talking cloud your judgment.

Write down your dealbreakers in a relationship, and watch for any red flags from him that violate your rules. How do you want to feel, how often do you want to see the other person, what communication style works for you, boundaries, etc.?

Do you not like it when a man keeps your relationship secret from the important people in your life?

Do you like when your guy brings you on dates and makes time for you in his schedule?

Assess whether your Taurus guy is or isn’t doing these things. If he’s not, he’s either using you or isn’t into you enough to make the relationship work for you.

He might tell you nice things, but if his actions don’t match his words, be ready to walk away. You can do better.

Should you not have sex with a Taurus guy early on to avoid being played/used?

If you have sex with a Taurus guy really fast, there’s always the chance that he’ll move you into that category of an easy booty call.

But that’s not always the case. Sometimes, having sex with a guy early on gives you valuable insight into your compatibility, as the intimacy of sex speeds up your ability to evaluate your relationship potential.

You’ll get a good glimpse into his opinion of you after having sex. If you have great sexual chemistry, and there’s clearly an emotional attachment that’s continued to be built between you, then that’s good information.

If he was just after you for sex, his demeanor will change, and he’ll grow colder. If that’s the case, you’ll know quickly whether he’s worth investing in or not.

If you decide you want to wait to have sex, check for impatience on his part (a sign he’s using you for sexual gratification).

In the end, do whatever you feel comfortable with sexually and simply assess his behavior.

There you have it, seven signs that a Taurus man might be playing or using you.

Remember that even if he displays some of the traits on this list, he might not necessarily be using you.

In the end, trust your gut. If you constantly wonder if he’s using you or not, trust that intuition.

And if it turns out he is using you, then be ready to walk away and don’t lose sight of your worth. You can do much better.