Why are Capricorns So Attractive? (Their 13 Hottest Traits) 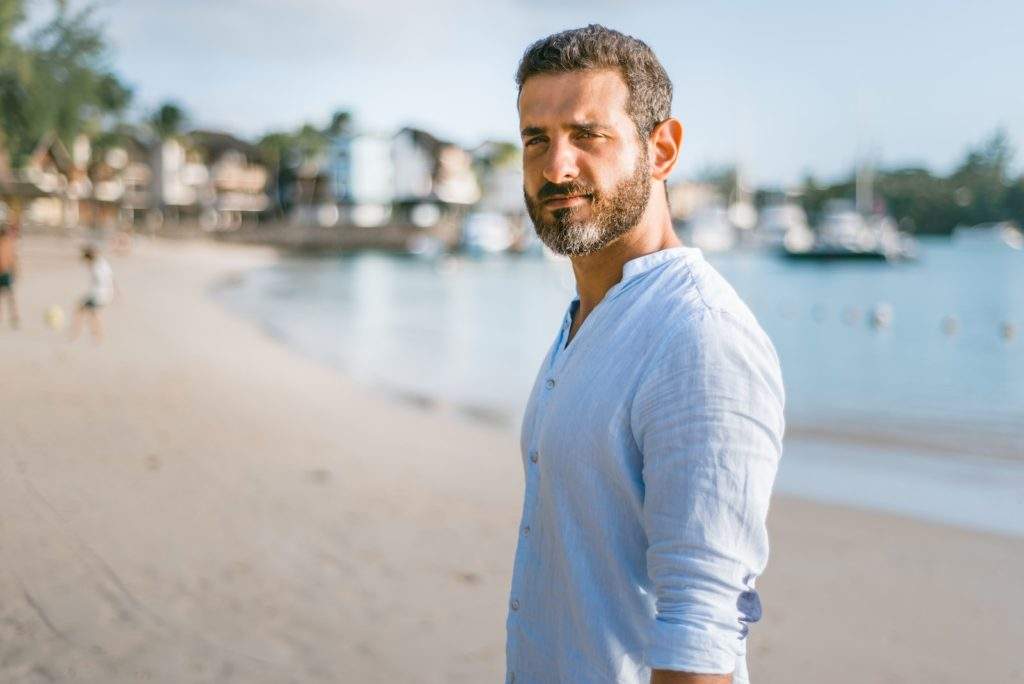 Capricorn is the reliable, stoic, smoldering force that sits atop the zodiac wheel.

The sign of Capricorn is ruled by the planet Saturn. Saturn’s dominance gives Capricorn a patient, self-sufficient, hard-working, family-oriented, and overall composed nature.

Although Capricorn is an earth (feminine polarity) sign, it is decided masculine and possesses the most paternal energy of any zodiac sign.

Capricorn isn’t all work and no play, though. This sign has a subtle yet biting style of humor, and their sharp wit and sarcasm frequently catch people off-guard.

In addition to being hilarious conversationalists, Capricorns are also loyal, helpful, fun, and full of wisdom.

They’re helpful, kind, hilarious, fun, and loyal. They know how to work hard to bring in the resources necessary to have a good time in life.

This post will go in-depth, breaking down all of Capricorn’s most attractive qualities.

If you’re a Capricorn yourself or have a significant Capricorn in your life, read on!

Consistent people with a work ethic that’s through the roof are undeniably attractive.

And unfortunately, disciplined people with a focused work ethic are increasingly hard to come by in our distracted, pleasure-seeking society.

As a result, Capricorn’s energy stands out more than ever.

The sign has a hardwired drive to achieve goals, supported by their patient, pragmatic approach to putting in sustained, long-term effort to achieve success.

Most Capricorn people do the hard work, even when they don’t feel like it.

Yes, they’re prone to overwork at times. But the fact that they’re doing hard things, day in and day out, to achieve success is respectable and attractive.

Everyone is drawn to potent leaders. And Capricorns are among the best at leading.

They intuitively know how to construct well-thought-out plans and direct others to execute those plans.

They say what they think and don’t have the patience for inefficiency. They want the best from their team and the people they care about and are unafraid to challenge people to work harder and smarter.

Dominance is sexy, and Capricorn’s nature is undeniably dominant.

They’re self-assured, self-controlled, willful, and overall commanding. They have a way of succeeding in doing things their way in life.

Of course, maturity is an essential trait for any dominant personality. Young Capricorns can certainly overthrow people in unnecessarily oppressive ways, but Saturn gives Capricorn wisdom that synergizes perfectly with their dominant character.

As Capricorns mature, their dominant personalities become more and more fueled by benevolent motivations, and what they can accomplish with such willfulness is admirable and entirely attractive.

Capricorn’s symbol is the goat; these people know how to climb mountains.

These people are full of ambition and have a chip on their shoulder that compels them to always get better.

No one else in the zodiac, save maybe Scorpio, is as intense and serious about the goals they set for themselves.

Their unrelenting ambition is sexy enough on its own, but combine it with their solid work ethic, thoughtful patience, and intellectual brilliance makes them a total force to be reckoned with.

Capricorns are both rule-followers and non-conformists. They love rules and structure but hate being told what to do. They want to do things their way, always.

As a result, they tend to do best when setting their own rules and chipping away at them patiently on their own.

When faced with painful experiences, Capricorn tends to suffer in silence and patiently work through their trials and tribulations in a healthy and mature fashion. They’re rarely affirmation-hungry or needy with others. Close friends and lovers know when Capricorn is going through something, and with a day or two of space, Cap has usually worked out a solution.

This is a particularly attractive trait in the modern day. Most people are dependent and rely more on other people than on themselves. As a result, Capricorn’s stoic resolve and self-sufficiency shine all the brighter.

The sign of Capricorn is naturally calm and steady emotionally.

They do have deep-running feelings (more on that soon), but they rarely let their emotions run the show (unlike their opposite sign, Cancer).

People who keep their emotions under control give off an aura of stability that is unmistakably attractive.

When Capricorn fails at something, they feel the hurt but pick themselves up and keep going, regardless. Saturn’s wisdom reminds Capricorn that failure is an inevitable part of the process and provides insights for later success.

Sure, you’ll have less passion and dramatic intrigue with a Capricorn, but you’ll also experience more stability in life and a more profound feeling of things being under control.

And when life is balanced and under control, Capricorn’s stoic aesthetic shows its best side by becoming delightfully expressive and affectionate once they have learned to trust you.

Related: 9 Clear Signs That a Capricorn Man Likes You

7. Their focus on creating material security

Capricorn people love material abundance. They absolutely despise not having their own resources to rely on.

They feel out of control when someone else provides for them and will work as hard as possible to create abundance for themselves.

This focus on creating material security is highly attractive, especially since so few people work as hard as Capricorn for the security that we all crave.

Capricorn doesn’t just want to provide for themselves, either. They’re family-oriented people whose mission is creating a good life both for themselves and their family/tribe. They gladly give to those close to them what they work so hard to acquire.

Capricorns are hard to figure out and can seem aloof with a hard outer shell, but they’re certainly full of depth and complexity underneath it.

Underneath their no-nonsense pragmatism, Capricorns possess an uncanny intuition about people.

The best Capricorns are willing to stand up to anyone or anything in a fearless way while also being able to completely let their guard down and be vulnerable behind closed doors with safe confidants.

This makes Capricorns desirable partners. They’re stoic and reliable but give unique glimpses of their more tender sign to trusted lovers.

Many Capricorns have a pronounced artistic side and eclectic hobbies. Many Capricorns can speak for hours about music, art, sci-fi, science, traveling, culture, etc.

As Capricorns mature and move from their material attachments towards their more intuitive, musical attributes, they develop a profound spiritual ability and cultivate deep wisdom about human nature and the world at large.

Related: 5 Tips to Make a Capricorn Man Miss You Like Crazy

9. Their loyalty and devotion

Capricorn is one of the most loyal signs in the zodiac. They pride themselves on their integrity, reliability, and trustworthiness.

They’re cautious in love, and it takes time to build a relationship with them, but once they accept you as part of their lives, their loyalty solidifies, and they look out for you unflinchingly and sincerely. They have huge hearts, even though they don’t show it.

They stick by friends, family, and lovers through the good times and the bad, and this consistency is incredibly attractive.

Capricorn is sexy in a very grounded, earthy way. They have a cold warmth that lacks fiery passion but is warming and loving.

They’re surprisingly sexual and enjoy sex frequently (so long as they’re not overworking themselves).

They’re patient lovers who are very to the point while also listening attentively to their partner’s sexual wants. They’re supportive and trustworthy and know how to let you blossom sexually without feeling pressured.

Related: 11 Things to Know about the Capricorn Man in Bed

Capricorns take life seriously, but they also have the wisdom to see the humor in it all.

When Capricorns loosen up, they’re one of the funniest signs out there. Many people get caught off guard by this, as the usually calm and withheld Capricorn holds their cards close to their chest.

But when they let loose, dry observational humor can induce rolling belly laughs, especially when they get into conventionally inappropriate humor. They’re insanely astute with morbid jokes.

12. How they age backward

Capricorns tend to grow up quickly. They can be shy early in life and frequently struggle to fit in with peers.

But Capricorns age very gracefully through life. Their confidence climbs to substantial levels by midlife as they gain wisdom and experience.

Once they’ve achieved much of their material goals in life, they return to a sort of child-like indulgence in life that is entirely endearing and attractive to witness.

You won’t hear anyone describe Capricorn as a doormat. They’re no-nonsense and don’t have any time for fools or hopeless cases.

They do not put up with anyone who they feel is more trouble than they’re worth. And they do not listen to orders or directions that they disagree with.

Caps don’t put up with mistreatment in relationships for long. They’re clinical in their ability to cut off someone and leave when they feel taken advantage of. They cut their losses and move on.

Related: Why are Capricorn People So Good in Bed?

While many Capricorns can afford to loosen up, this sign is undeniably attractive.

They take pride in themselves and their appearance and attract success in every arena of life.

Their quality and dedication is unreal. They don’t give up easily and are great planners. Once they have a plan in mind, they refuse to give up until the job is done.

Creative, consistent, good with money, and high-quality tastes – what’s not to love?

Of course, no sign is all good. There are plenty of areas where Capricorn can fall into dysfunction. But that’s for another post.

What are your thoughts? Did we cover all of the Capricorn traits that make them attractive? Have a story of your own to share?

Let us know in the comments below.