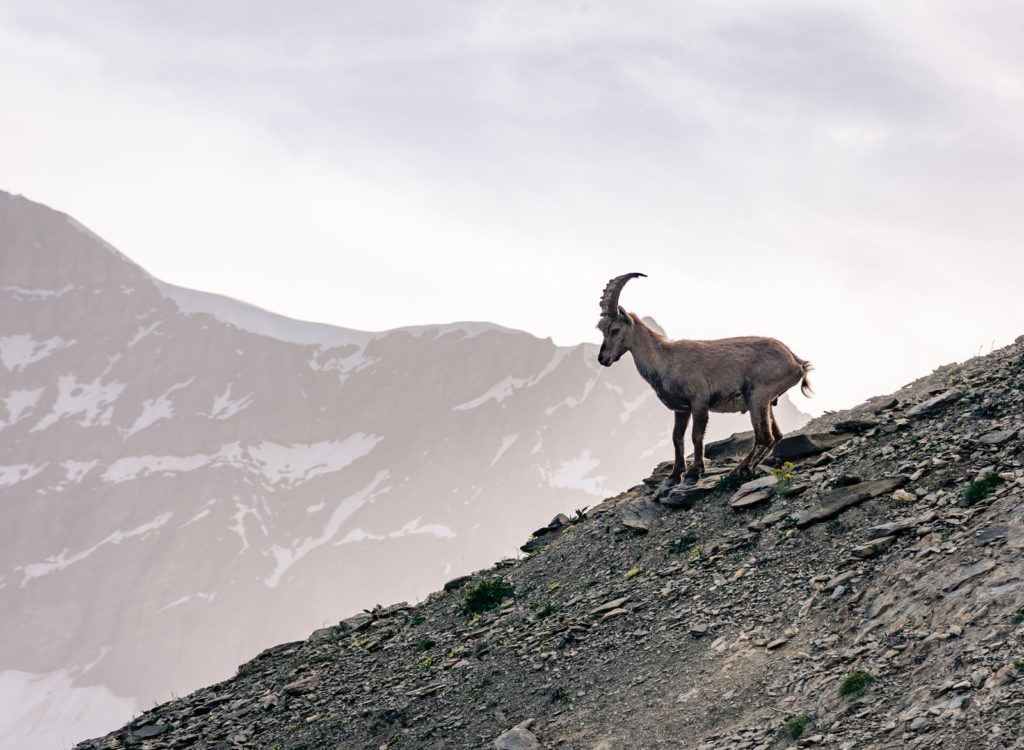 Capricorn is one of the toughest signs in the zodiac. This sign prizes climbing the ladder of success and building a safe, secure nest where they can lay their head down after a hard-days work.

Results don’t come quickly to Capricorn, especially when compared to the likes of Jupiter-ruled Saggitarius. Capricorn works hard for what it achieves. Saturn, Capricorn’s ruler, rules time. These people know the meaning of patience.

Capricorn might not be the most social sign. Nor is it the most fun due to many inborn inhibitions. But they know how to give the best of themselves when working towards things that matter to them. And they are responsible to a fault.

You’ll find these qualities, and more, represented by the Capricorn spirit animals listed below. These animals have a soul connection and many of their defining traits line up exactly with Capricorn’s.

Read on to learn about the top five Capricorn spirit animals. 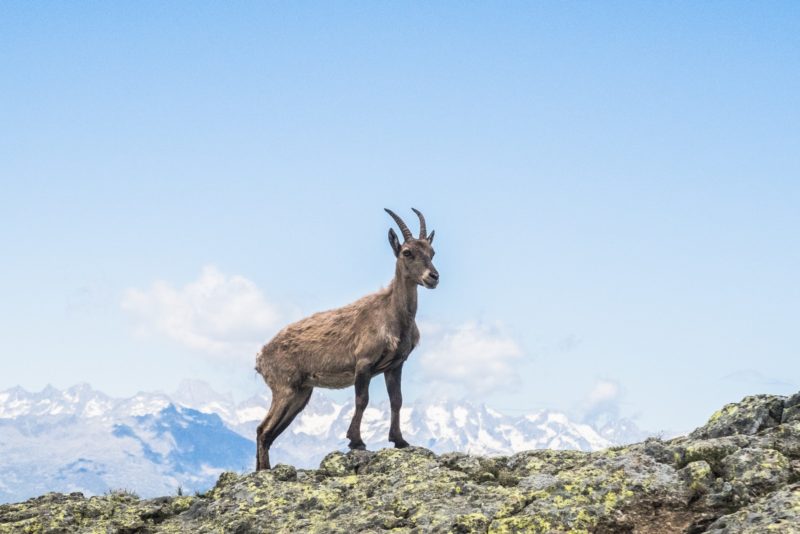 The traditional symbol for Capricorn is the mythical sea-goat, which is a goat torso with a fishtail.

But for our real-world spirit animal, we have the standard goat. And it really is a great spirit animal for the Capricorn people in our lives.

Below you’ll find the most prominent similarities between goats and Capricorns that make them the perfect spirit match.

Stubbornness. Another defining trait that binds these two is their notorious stubbornness. There’s a grit and determination in Capricorns and goats that makes them refuse to step down from any challenge. Capricorns can be ruthless in getting what they want, and goats won’t be deterred by even the most treacherous terrain.

Resiliency. The goat and Capricorn’s independent and fierce characters mean that fear won’t send them running, it will just cause them to dig in harder. The harshest conditions won’t deter them, whether that be a rocky mountain top or a high-stress corporate environment. The drive to succeed is too strong in them. 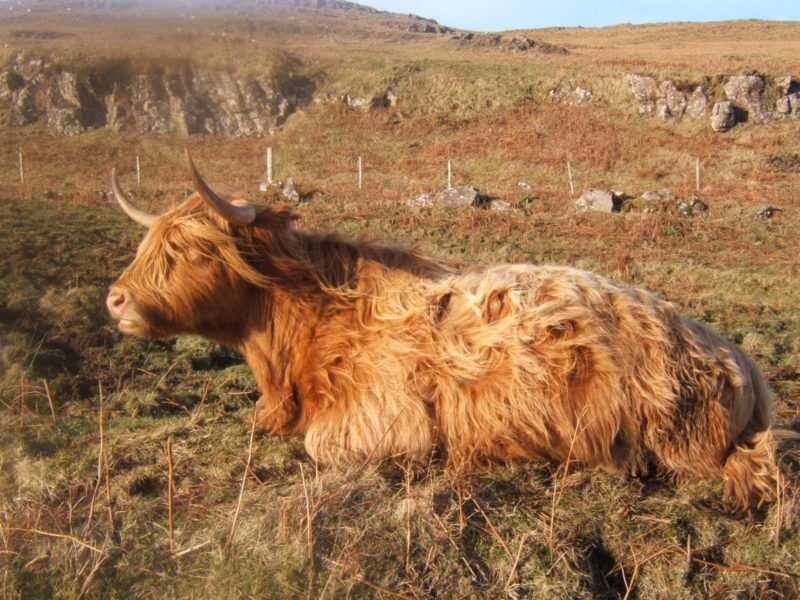 Next up, we have another powerhouse in the animal kingdom which represents Capricorn as a spirit animal.

The ox is a hearty ruminant that represents abundance and the manifestation of goals. Saturn is expressed in this animal, as the ox proves that achievement can be met through hard work and perseverance.

Here are some of the strong similarities found between Capricorn and the ox:

Patient goal-setting. Even more so than the goat, the ox is the pinnacle of patient effort. The ox represents realistic goals and the ability to exercise self-control to achieve them. Just like the ox, the Capricorn person shows potent self-control when going after something that they want. Capricorn has no qualms about putting aside desires for a quick result. They keep a wide perspective and recognize how long a goal will truly take to achieve. This ability makes their unlimited ambition extra potent, as they always keep a patient frame of mind.

Practical purposefulness. Both the ox and Capricorn apply their work ethic and raw power to practical purposes. While the ox has a muscular physique and large size to plow fields as a laborer, the Capricorn has the mind to focus on the most practical needs and achieve them effortlessly.

Strength and stability. Even though the ox is a domesticated animal, it still represents power, strength, and the ability to plow through obstacles with ease. Many cultures have prized, even worshiped, the ox’s stable, sturdy, and dominating qualities. Similarly, Capricorn people have been revered for their sacrifice, endurance, and ability to stay strong under pressure. 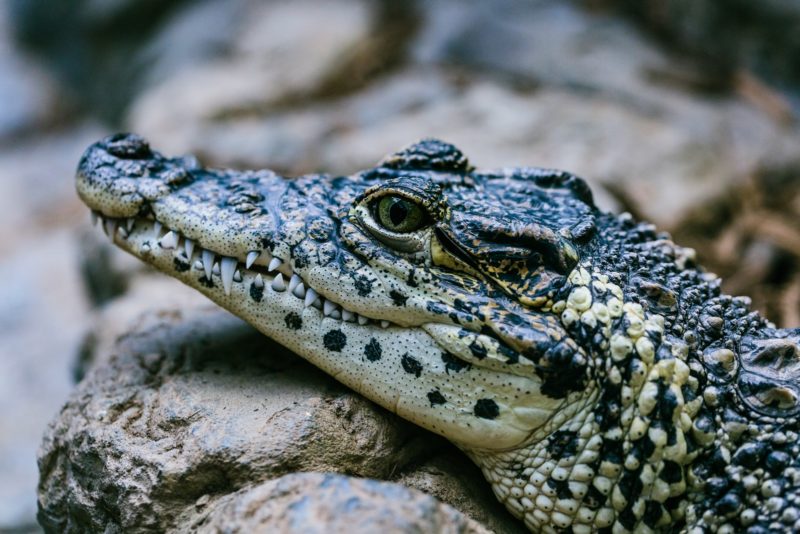 Next up, we have the crocodile/alligator. Which is the animal most associated with Capricorn in Vedic astrology.

The crocodile is a resilient and ancient beast that knows how to use (and conserve) its energy and resources. It is associated with Saturn, Capricorns ruler, for its cold-blooded, calculated, patient, and intimidating nature.

Here are the most prominent traits between the crocodile and the Capricorn:

Toughness. Reptiles like the crocodile are built to look tough. Their physique has been formed over millions of years to outlast difficult conditions as well as other animals. Even still, the crocodile is able to surprise its prey.

Persistence. Just like a crocodile, when Capricorn is after something, nothing will stop them from getting it. Like the croc, when a Capricorn sinks its teeth into a project, it won’t let go until it has entirely outlasted and defeated its opponent. There’s a primal energy and aggression in Capricorns approach to goal-achieving that mirrors the unflinching commitment of the crocodile to subduing its prey.

Patience. Just like the Capricorn, the crocodile is fiercely committed but in no rush. There’s a patience and assertiveness that’s settled into the core of the crocodile. It knows that taking its time and waiting for just the right moment to strike will give it the best results. Capricorn, too, bides its time and plans to attack at just the right moment. 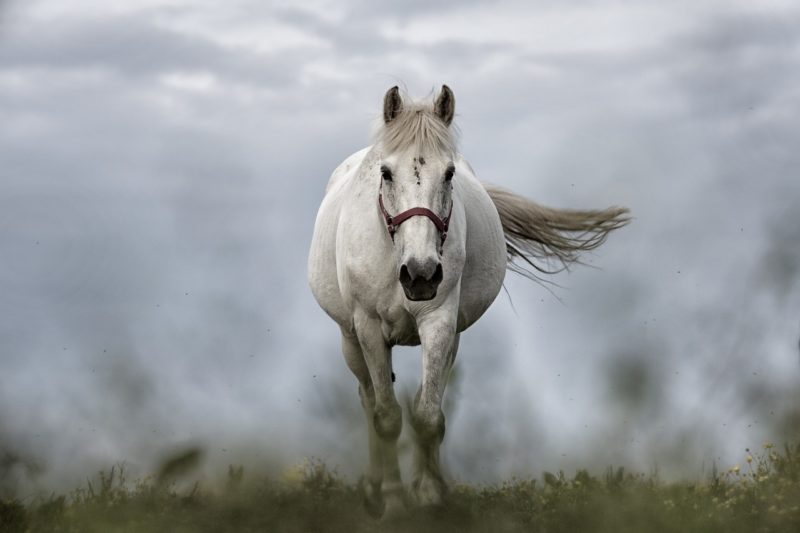 Next, we have another powerful force of nature, the horse. The horse is a determined and individualistic animal.

Another trait that Capricorn and the horse share are sensitivity. So far in this post, we’ve focused on animals that represent Capricorn’s more serious and studious side. But Capricorn is also a sensitive soul that takes on the energies around it. You might not notice it, since there’s such a self-possessed and regal quality to Capricorn, but it’s there.

This is the same with the horse. It is such a majestic and powerful creature. But underneath all of that strength is a very sensitive and intuitive beast.

The wild horse symbolizes an entirely uninhibited Capricorn energy. Usually, Capricorn is hemmed in by society’s expectations. But the wild side of Capricorn is totally free to roam the world by its own rules. 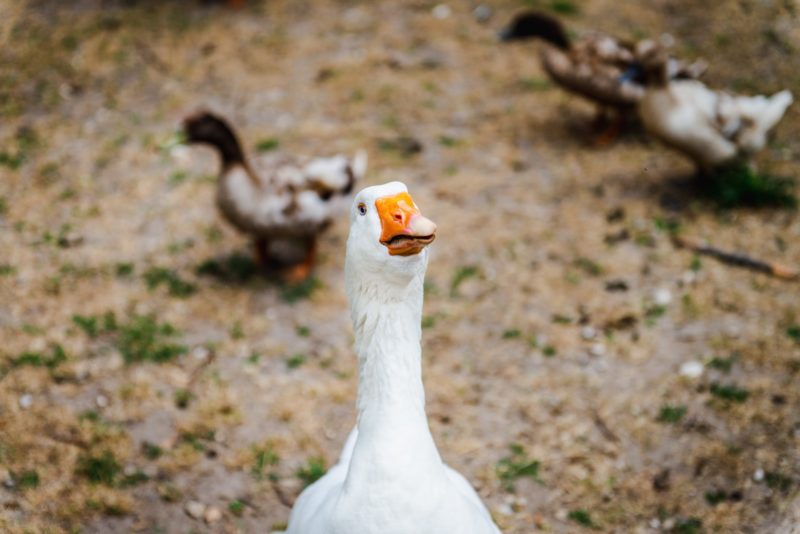 Lastly, we have the goose. Geese are cautious and often times loners.

Capricorns, too, will go through life with a sense of being a loner. This is because Capricorn follows its own path, regardless of where the collective flock of people is moving.

Above all, the goose and the Capricorn want to follow their instinctive drive to find a safe and cozy spot for themself above all else. And their perseverance and resourcefulness drive them day in and day out.

There’s also a sensibility, even nobleness that emanates from the goose. These are high-minded, or at least high-self-opinioned animals. They have a lot of self-trust and know that their level-headed inner wisdom is all they need to drive themselves with. Like Capricorn, they are leaders, not followers.

In its best manifestation, the goose, like the Capricorn uses its self-focus and drive to protect and nurture those close under its care and protection.

There you have it, five spirit animals for the sign of Capricorn.

Of course, this is not an exhaustive list. There’s also the hawk, which showcases Capricorn’s tenacity and sharp-minded drive for power and success. And then there’s the wolf, which represents Capricorn’s place of dominance at the top of the pack with its sharp intellect and drive to succeed.

The biggest lesson for Capricorn, and the spirit animals it shares a kinship with, is to embrace playfulness, love, and connection, in addition to its hardworking, powerful side.

What did you think of the animals listed here? Do you connect with them, as a Capricorn yourself? Or do you see similarities between these animals and the Capricorns in your life? Let us know in the comment section below!