5 Key Things to Know About Sun Conjunct Moon in Synastry 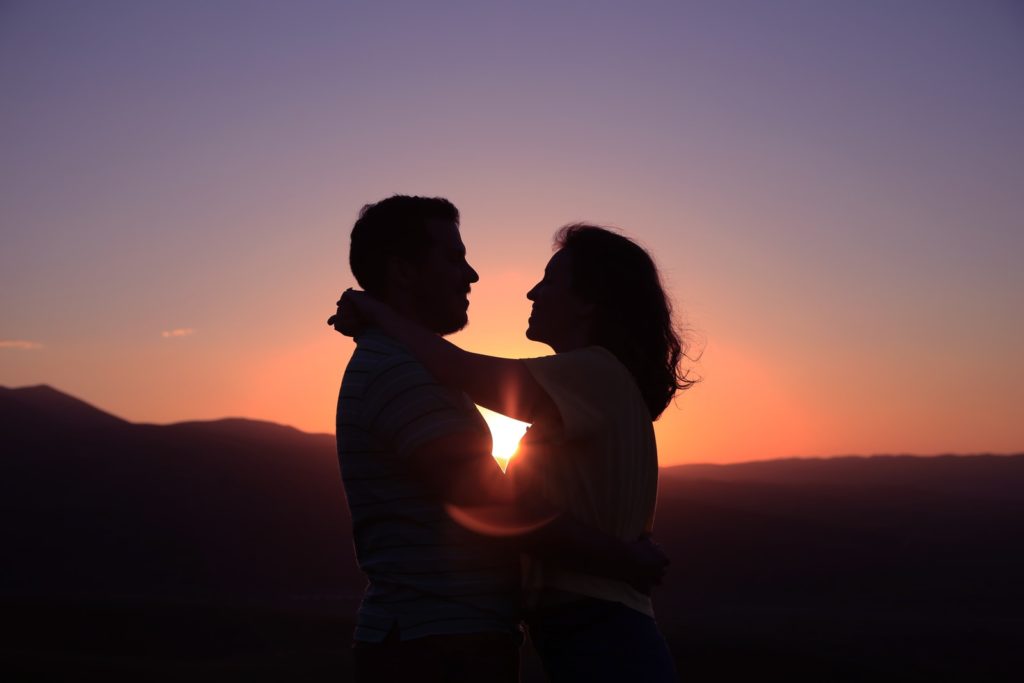 What Does it Mean to Have Conjunct Moon in a Synastry Chart?

When the Sun sign of one partner is within orb (within 14 or less degrees) of the other’s Moon sign, you have a conjunction.

The closer together they are degree-wise, the more potent the effect this conjunction will have on the relationship dynamic. Though, even if the planets are more than 14 degrees apart but in the same sign, you’ll have flavors of this influence. (Though when the Sun and Moon are in different signs, the conjunction is much less potent if the planets are more than a few degrees apart.)

With Sun conjunct Moon in synastry, there’s a potent blending of masculine, logical, and ego-driven behavior (Sun) with the feminine, receptive energies of the Moon. The Sun person intuitively perceives the moon person’s emotional landscape, feelings, and instincts, while the Moon person perceives the Sun person’s identity, talents, and egoic life path.

This is a mostly favorable aspect in which the Sun and Moon person complement each other well and usually experience a high degree of shared attraction.

Now, let’s dive deeper into the qualities of the Sun-Moon synastry conjunction and explore five key traits of the aspect.

1. They experience a deep, intuitive understanding of each other

People with a Sun-Moon conjunction in their synastry charts typically have an excellent read on each other right from the start of their relationship.

With their intimate understanding of the other’s internal world, they frequently don’t even need to go out of their way to communicate their feelings. They’re usually on the same page and can sense what’s going on inside the other with ease.

The Sun and Moon have vastly different influences in the chart. The Sun illuminates the conscious mind, and the Moon the unconscious. With this conjunction, energies blend, and the individuals are able to peer directly into how the other person ticks in ways that are foundational to their personality.

2. They express themselves harmoniously together

With their deep mutual understanding, they’re able to communicate well and cultivate the tools necessary to find success together.

With this synastry aspect, you really get a sense of two halves coming together to form a neatly balanced whole. Their personality and emotional nature sync up just right.

Even when faced with disagreements or discord, they’re at least able to perceive where the other person is coming from. They’re never entirely left entirely in the dark about the other’s motivations (looking at you inconjunct/quincunx aspect).

3. The Sun person often takes a charismatic lead role in the relationship

The Sun represents the conscious, egoic self. It is the brightest astrological influence in the sky and it’s placement in our chart is where much of our personal magnetism arises.

Just as in the sky, the Moon in astrology reflects the light of the sun. The Moon, while mastering the subconscious areas of the mind, defers to the brightly shining Sun’s more active personality, goals, and visions.

Oftentimes in this synastry dynamic, the Sun person will have an influencing effect on the Moon person in a way that molds their unconscious emotional attitudes. Usually, the Moon person appreciates their partner’s bright, solar influence. But, other times, it can cause a rift (more on balancing this dynamic later).

Even though the Moon person usually ends up playing a more deferential role in this Sun/Moon dynamic, they still potently affect the Sun person and the relationship overall.

While the Sun person might lead and be the more outgoing and energetic, the Moon person provides key emotional support, comfort, and stability for the Sun person. The Moon person’s impact on the relationship can actually be stronger than the Sun’s but is carried out in a more soft and subtle manner.

5. This aspect is often found in soulmate dynamics

Ultimately, Sun conjunct Moon in synastry lays a fantastic foundation for relationships. The Sun and Moon are the brightest, most potent objects in our sky, and their harmoniously combined energies blend into a perfect synastry soul-glue.

Upon meeting, these people often vibe well instantly and are inexplicably drawn to one another, almost as though they already have a history together.

There are such cozy, familiar feelings to this dynamic. It instills feelings of safety, understanding, and excitement around numerous shared traits, feelings, and interests.

When you read hundreds of charts a year, it becomes routine to find harmonious Sun and Moon synastry aspects in the charts of married or soulmate bonded couples.

Even if the rest of their synastry chart isn’t that balanced, these people still tend to get along well enough and find ways to fill in the gaps for what the other is missing in areas of their life.

Balancing yin & yang. With Sun conjunct Moon in synastry, this partnership encounters a strong emphasis on masculine and feminine energies. The genders involved in this aspect strongly influence its manifestation in the relationship. In general, the dynamic feels more easeful when the man holds the Sun placement and the woman the Moon, as they mirror natural proclivities of the sexes.

Even then, the Sun person has to monitor themselves to avoid becoming too dominant, and the Moon person too submissive. In some cases, the genders being swapped can actually provide more balance (the man with the Moon and the woman with the Sun). While there’s a risk for them feeling cast in a role that is too opposite to their nature, it can also balance out individuals who already have an abundance of their gender’s energy.

No matter which partner holds which planet in this aspect, there’s a good chance that they will be able to find a harmonious and supporting balance, as this placement creates a good atmosphere for working together successfully.

This can be a powerfully bonding aspect in synastry, whether it’s a romantic, family, friend, or work relationship. The moon person generally comes to trust and rely on the Sun person’s magnetism, wisdom, and spirit, while the Sun person thrives under the moon person’s management of the soft, emotional underbelly of the relationship. Usually, both will function quite well together.

All in all, the Sun conjunct Moon synastry aspect gives great potential for long-term relationship stability. It is a particularly great aspect to have in a romantic relationship.

Remember that the house placement and overall condition of the Sun and Moons in the chart play essential roles in the overall picture of the relationship.