5 Key Things to Know About Sun Conjunct Pluto in Synastry 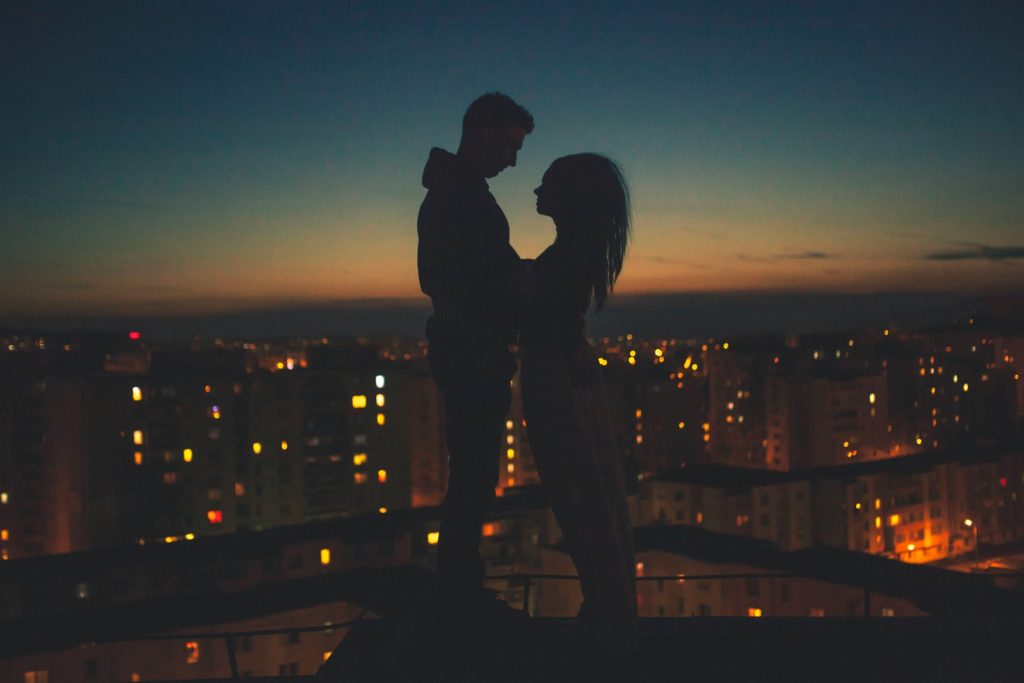 What Does Sun Conjunct Pluto in Synastry Mean?

To get to the root of this potent plutonic connection, let’s first dive into the individual significance of both the Sun and Pluto.

So with this Sun/Pluto synastry conjunction, the relationship dynamic is often both intensely dark and light simultaneously. It’s a potent blend that creates an intoxicating and transformational relationship.

With Pluto involved, the dynamic will always be one of intensity and have a powerful impact on both people’s lives. But the other planets, signs, and aspects of the synastry chart will affect whether the conjunction plays out overwhelmingly positively or negatively.

Below are five main dynamics that come into play with the typical Sun/Pluto synastry aspect.

1. It signifies a deep, fated attraction

There’s always a bit of a fated feeling when Pluto is heavily involved in a synastry chart. Pluto aspecting any personal planet through synastry brings big energy, and that trend is particularly emphasized when someone’s Pluto is in conjunction with another’s Sun.

This conjunction suggests that the relationship will have extensive impacts on both of you. This is a magnetic relationship in the truest sense of the word. These people typically stand out immediately to one another and are drawn together like a moth to a flame.

The Sun person feels drawn to the Pluto person’s mysterious vibes, passionate feelings, and charismatic sex appeal. They could find them utterly fascinating and full of mesmerizing depths. They might even struggle to verbalize how they’re feeling.

The Pluto person feels drawn to the Sun person’s personality and energy. They’re pulled compulsively towards their light and the warm emanations of their character. They burn with a desire to impact the Sun person. Through their penetrative Plutonic gaze, they see a clear window into the Sun person’s soul. They see both their strengths and vulnerabilities, and they want to help mold them.

Quite often, the pull these two people feel for one another is something they’ve never experienced before (unless they’ve been in similarly Plutonic relationships before). They might both ache for each other in a way that makes them want to merge souls and may begin to feel like fish out of water when they’re not together.

2. There’s often a psychic attunement felt between them

These two connect very deeply physically, emotionally, and mentally. But there’s likely to be even more felt between them under the surface that goes beyond the usual mental/emotional bond.

They might start to feel like they can’t hide anything from each other, no matter how hard they try. They feel exposed to each other in a way that they can’t shut off, like a cord between their souls has been attached and wound uptight.

3. Their sexual tension can be off the charts

This relationship can have an incredible amount of physical and emotional sexual charge. The Pluto person’s intense sexuality bubbles out and excites the Sun person, while the Sun person’s vivacious solar charge ignites Pluto’s passion further.

Pluto deeply craves physical intimacy and is the master of sex and romance. And the Sun person opens an invitation (consciously or not) that brings all of Pluto’s hidden sexual desires to the surface. The result is explosive and incites primal and instinctive lovemaking.

There’s likely to still be a constant thread of sexual tension no matter how often they have sex. Their magnetic pull and complex emotional connection is constantly churning up potent new sexual energy between them that goes far beyond just physical lust.

Oftentimes, their sexual relationship can feel a bit dark or obsessive. No matter what form it takes, their’s is an intense sexual bond that’s hard to get over for both partners.

4. Their relationship may be volatile and full of emotional ups and downs

There can be many downright explosive moments and turns of fate in the Pluto/Sun synastry relationship.

Reactions are strong, and they’ll often feel thrown off balance by one another. There is a compulsive quality to the relationship that can feel draining and dysregulating.

Even if neither has a strong or volatile personality outside of the relationship, the combination of these placements will ensure that their egos ramp up when together. The Sun and Pluto feed off each other, and each reaction adds more intensity to their planet’s expression.

There’s often some form of spiritual death and rebirth that occurs within this relationship. They’ve come into each other’s lives to learn something about themselves, and the deep transformations they experience together can help their souls evolve in a big way.

This, of course, comes at a cost. When volatility and transformation dominate a relational dynamic, ease and peacefulness take a back seat. For the Sun/Pluto conjunction, there’s no growth without pain.

If well navigated, this couple can achieve a lot together. They’re a lot of potential here to achieve much in the realms of emotionality, spirituality, as well as financial/physical acquisition.

They each illuminate the unconscious parts of each other, in their own way. They just have to watch out not to get lost in each other.

The more they fall into their shared intensity, the more likely it is that they’ll become codependent, which can breed insecurity, addiction, and a love-hate dynamic.

5. There can be power struggles

This shared aspect can amplify potential disagreements and power struggles in a big way.

Both the Sun and Pluto like to feel powerful and in control of situations, which lends to each of these people trying to maintain the upper hand in the relationship.

The Sun person can make the Pluto person feel threatened just by expressing their natural ego. Pluto lives in the darkness and tends to like to exert its control from there. When the Sun person’s brightness and expansiveness come forth, it can feel intimidating to Pluto. The Pluto person may feel tempted to subtly undermine the confidence, independence, and enthusiasm of the Sun person in an effort to keep them dependent.

The Sun person might feel like they have to change to make the Pluto person happy, which can quickly breed resentment on their part.

The Sun/Pluto conjunction in synastry brings a huge amount of energy to a relationship. There’s potential for abuse and mutually assured destruction or powerful healing and soul growth.

So long as each person is emotionally mature and the synastry chart as a whole gets a boost by some more benefit aspects, Pluto/Sun can create a power couple like no other.

Sun conjunct Pluto synastry aspects don’t necessarily create relationships that last for the long haul, but whether it be short or long, fulfilling or tragic, there will no doubt be massive lessons learned on both sides.