5 Key Things to Know about Venus Square Mars in Synastry 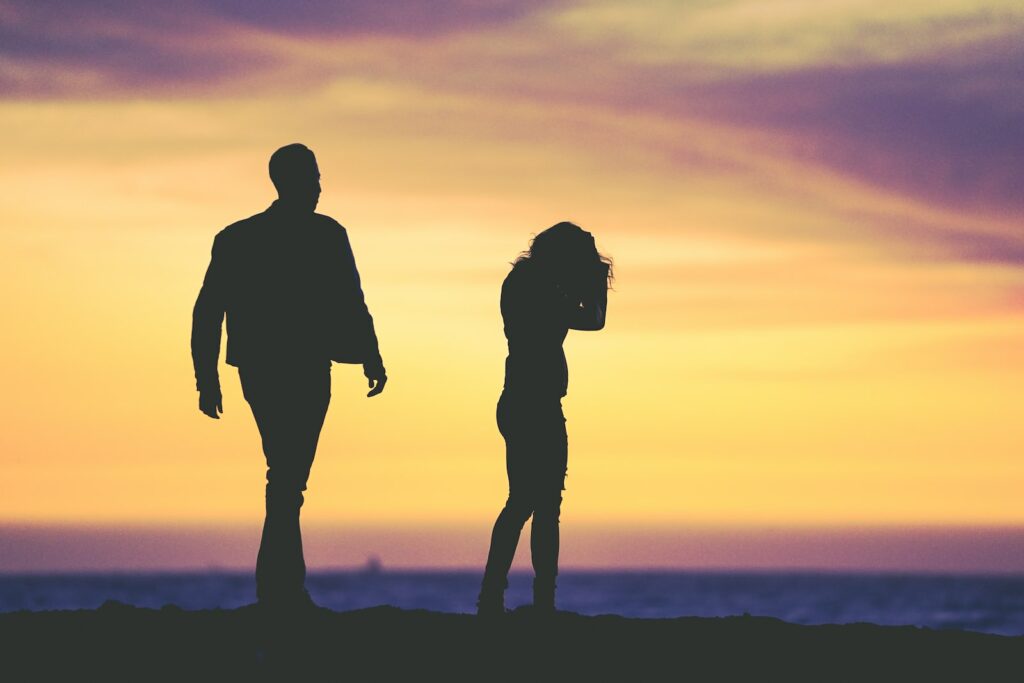 Synastry aspects can bring two people together or push them apart.

With the Venus Square Mars aspect, there’s a magnetic attraction between two people and significant potential for volatility and push-and-pull vibes. It’s a case of immediate interest or repulsion.

And in many cases, both.

Venus is feminine-natured and rules our love style, aesthetic tastes/choices, material possessions, finances, our personal charms, and what we find beautiful in life.

When a person’s Venus and another’s Mars contact each other in a synastry chart, the chemistry can be explosive. This is an aspect that’s known to create a very passionate relationship. This is especially true in the case of the square aspect.

Square energies conflict and can create fierce disagreements. At the same time, these people might not be able to get enough of each other and are constantly drawn back to each other over their wild emotional/sexual chemistry. This can be the most challenging Venus/Mars synastry aspect to balance.

Let’s jump right into our deep dive of the Mars and Venus square synastry aspect.

1. How Venus feels and behaves around Mars

With this square aspect, the Venus person may feel like a conquest of the Mars person, and it will be hot under the lens of their intense energy and focus.

Venus can feel uncomfortable by this, as their Venusian sensitivities can feel overwhelmed, even accosted, by the intense energy of brute-force Mars in square aspect.

Alternatively, they might feel excited by the attention and gush at feeling deeply wanted.

Regardless of their feelings, they will take things cautiously. Venus is a passive seducer, and they will likely play a bit of cat and mouse with Mars. They’ll flirt and play along, but they won’t want to admit their attraction to Mars too early, at least at the pace Mars moves.

Venus can’t resist the pull of Mars’s forceful desire for too long and eventually relents to Mars’ advances. It likely won’t feel entirely balanced or storybook, though, as we’re dealing with a more difficult planetary aspect.

With the square, Venus might feel unnerved, even repulsed, by Mars’s approach to courtship. If Venus is a woman and Mars a man, Venus might think that Mars is too aggressive or inconsiderate and pushes them hard in an almost sexist, 50s-era sort of dynamic. As a result, Venus might want to react differently than how Mars desires them to.

On a positive note, Venus may discover that they’re enjoying things they usually wouldn’t under the leadership of a square Mars influence.

2. How Mars feels and behaves around Venus

Mars wants Venus. They’re magnetized by Venus’s soft, sensual aura and physicality. They feel an overwhelming urge to touch them and conquer their affections.

Through their absorption, Mars’s ego becomes engaged in pursuing Venus. They might feel competitive like they have to work hard to make Venus theirs.

Mars might feel a need to outdo any other suitors or previous lovers that Venus had. They have a strong desire to prove to Venus that they’re the best they can have and show how good of a leader they can be.

Because Mars is square to Venus, they can behave rashly or overbearing. They might come across as bossy or overly direct and aggressive. Their forceful desire can make them seem desperate and make Venus feel uncomfortable.

This is, of course, dampened if Mars is the woman and Venus the man. But there’s still an underlying sense of the Mars person taking the dominant role in leading this relationship, even when they’re the female in the pairing.

3. Their sexual chemistry can be off of the charts

Venus square Mars is an incredibly passionate synastry aspect. Venus represents sensual love and Mars’s physicality. As a result, their relationship manifests primarily in the bedroom.

There’s abundant mutual affection and attraction to be found here. There’s also a lot of tension, which fuels anticipation and excitement, as neither knows exactly what to expect from the other person. Their sexual and sensual needs are fundamentally different in certain ways. They’re attracted to and turned on by each other, just in different ways and at different times.

Overall, a very spicy aspect that’s seen as one of the hottest sexual synastry accompaniments.

It’s not a standard slow and sweet bonding style that draws these two together. Their sex is physical, athletic, and thoroughly primal. Think rough, passionate, and very hot.

Love and war are never too far apart with these two. They can go from being at each other’s throats in a heated argument to having all-night make-up sex.

4. Passionate experiences can bond them and keep them coming back for more

There’s a lot of chemistry here, and with intense experiences comes intense bonding.

Even passionate fights can strengthen the connection between these two. Going to war together bonds people, even if it’s going to war with each other.

While challenging, square energy adds needed spice to a relationship. The conflict and differences allow growth and unique challenges that can intertwine people together through trial and tribulation.

Venus and Mars typically irritate each other in this square, but their rebellious ways can actually make them more turned on by each other.

There is a fine line between like and dislike and love and hate. And Venus/Mars squares toe this line in a way that blends the two energies and keeps them coming back for more.

While their romantic and sexual life is powerful and encompassing, there’s a tradeoff with the square. It’s hotter than the conjunction, opposition, trine, or sextile. But there are more significant challenges to face.

They can experience misunderstandings, a sense of being rushed, contrasting styles, miscommunications, and other conflicts.

There’s a likelihood that they’ll have to compromise their differing opinions of what love and sex are “supposed” to look like.

If they can’t deal with this carefully, the relationship can turn into a toxic love-hate dynamic that’s no good for either of them.

Their energies are intense, and they can each be aggressors in their own way. Mars is more direct, and Venus is more passively influential. Both harbor strong sentiments, and anger, jealousy, and possessiveness can pour from each of them.

If they rub each other the wrong way for too long and in too many ways, they can stop liking each other. This is especially true when trust issues and deep misunderstandings run rampant.

If power imbalances, disagreements, and a lack of compassion linger too heavily due to this aspect, it’s hard to expect two people to find true long-term harmony.

Good communication. Two people with this square must put in the effort to get on the same page as much as possible. The dynamic can feel unrequited due to so many potential misinterpretations going both ways.

They show their love and attraction differently, and they’ll constantly need to work to understand where the other is coming from. If they don’t do this, feelings of helplessness around confusion around next steps can set in.

There’s also jealousy, which can come up big in Venus square Mars synastry. They’ll need to keep communication clear if trust is to be maintained. Honesty, patience, and maturity are required here.

A willingness to accept and adapt to differences. This square gives different styles and temperaments around assertion and love. To succeed together, they should work on valuing each other’s differences. Compromises are key. Receptivity and gentleness with each other’s feelings as well.

Both can be quite willful and need to watch out for domineering tendencies. This can be especially important when the woman is Mars, and the man is Venus. The Venus man’s masculinity can feel threatened or questioned in his interactions with Mars. He might be used to being the dominant one, while now she’s assertive.

Taking adequate space. To be sustainable, they must take space when necessary to avoid heavy friction, arguments, and competitiveness. This dynamic is explosive and magnetizing. It can be wildly up and down, love and hate.

All in all, this can be a fun aspect that creates a ton of emotional ups and downs in a relationship. Squares are tricky, and people with this synastry aspect can get together with the best intentions but end up dating for all the wrong reasons.

Push and pull is the name of the game. Excitement, surprise, and adventure are abundant and create a huge spark.

Passions run rampant, but this relationship can take longer to settle into a groove when compared to Venus conjunct, trine, sextile, or opposite Mars.

Just be aware that this dynamic can prevent long-term romantic success without additional supportive aspects holding things together in the synastry chart. There’s an obvious attraction here, but things can go completely haywire and out of control with this intense square.