5 Key Things to Know about Venus Conjunct Mars in Synastry 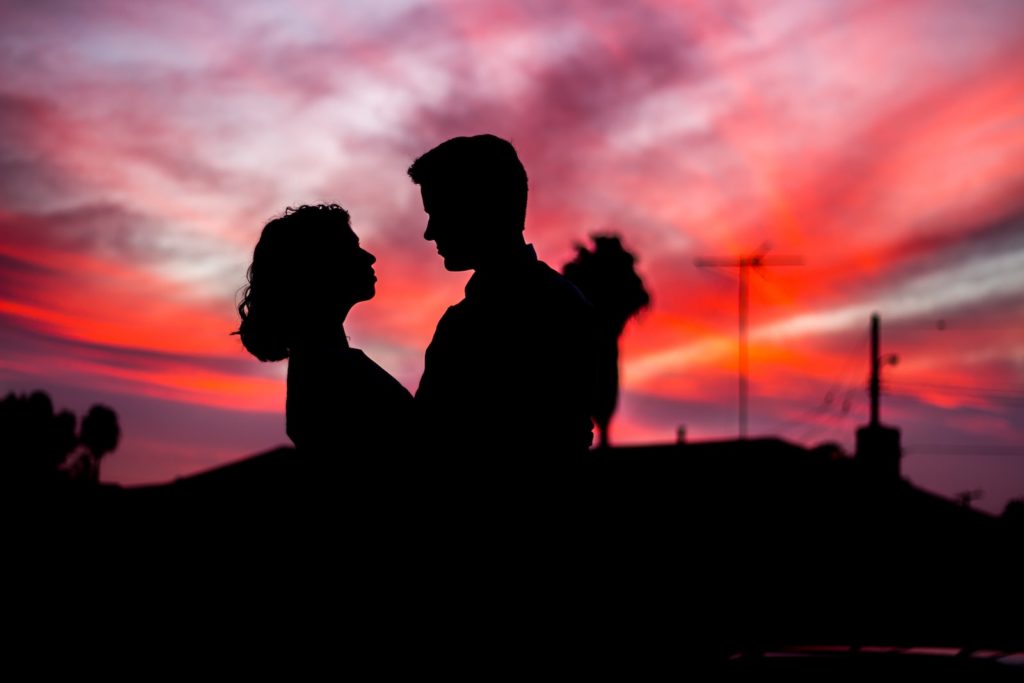 Venus Conjunct Mars in synastry is one of the strongest indicators of sensual and sexual chemistry in astrological compatibility.

This post investigates how the Venus and Mars synastry conjunction plays out in relationships.

You’ll learn what energies this aspect creates and how each planet approaches the other.

Note that the closer the planets are together by degree, the stronger the effect the aspect creates.

Also, be aware that the potency of this aspect also depends on other Mars and Venus interactions that may or may not be present in the natal and synastry charts.

With that said, let’s dive into this spicy and intriguing Venus/Mars synastry aspect.

When one’s Venus Conjuncts another Mars in a potential romantic scenario, sexual impulses are likely to be aroused, and things can turn sexual quickly.

Because Venus and Mars bring synergy between masculine and feminine polarity, some degree of physical attraction will likely be immediately felt between them, and quick passion and excitement usually take place.

This powerful physical attraction and chemistry can make them feel like they’re in the partnership they’ve always wanted.

They melt when touching each other, especially early on in relationships, as sparks begin to fly. They find it easy to read the other and excite their arousal, as the conjunction harmonizes their desire and action energies quickly and seamlessly.

The sex these two share is usually grade A, and mutual satisfaction can make them both feel addicted. Sexual expression and orgasms can evoke deep feelings, memories, and even past life regressions.

Even if their sex life before meeting was okay, they might end up feeling like they’d never been truly fulfilled in the bedroom before they met each other.

Though this synastry aspect is one of the strongest indicators of passionate sexual attraction, it does not guarantee that sensitive, romantic feelings will accompany the heat of lust, nor does it indicate that a lasting sexual bond will take place.

Suppose Venus and Mars are afflicted in the individual charts or involved in other challenging aspects in the synastry chart. In that case, sexual jealousy and possessiveness can arise and overpower the relationship, causing dilemmas.

Negative potentials aside, the sexual compatibility of Venus conjunct Mars synastry can certainly support long-term success, as people who are strongly sexually compatible tend to do better long-term than those who aren’t.

2. How Mars feels and acts around the Venus person

With this synastry aspect, the Mars person is compelled to pursue, flirt, and touch the Venus person in an assertive, forward-driving way.

It’s most likely that the Mars person will be the first to approach and initiate this dynamic. They feel that the Venus person could be the ultimate aphrodisiac in their life, and as a result, they develop a compulsion to win them over.

For Mars, the sexual attraction can feel almost irresistible, and the urge to make physical contact with Venus consumes them.

Mars has a primal attraction to Venus’s natural beauty, grace, and style.

There’s a protective element involved as masculine Mars craves to be Venus’s knight in shining armor in some fashion.

One way this can manifest is the Mars person helping the Venus person be more actionable and dynamic in pursuing their Venesuian social and artistic goals.

3. How Venus feels and acts around the Mars person

Venus feels swept away by Mars in this dynamic. They feel that Mars is a natural performance enhancer for them and are pleased with how harmoniously and effortlessly Mars seduces them.

That’s not to say that Venus doesn’t participate in the seduction process. Venus pulls out all of the stops to magnetize Mars’s attraction. The Venus person feels their natural pull over the Mars person’s desire nature very strongly.

They feel just how potent their energies affect the Mars person’s impulses. They see how Mars wants them and thrive off channeling that desire. It makes them feel complete in their Venusian nature.

While on the surface, the Mars person may have the most influence, Venus’s subtle nature has a hold on the Martian individual.

And through their influence, the Venus person can help the Mars person develop increased sensitivity, diplomacy, and cooperativeness in pursuing their desires.

4. This aspect will manifest differently depending on the genders of the Venus and Mars natives

Many astrologers express that this aspect is most balanced when the Mars native is a man and the Venus native a woman.

The rationale is that, in astrology, Venus is the feminine archetype and Mars the masculine. When combined in conjunction, the sensual and sexual chemistry flows in the most balanced way when the genders “match” the masculine/feminine influences.

Sometimes things can seem “off” when the roles are reversed, i.e., the woman brings the forceful Mars energy to the conjunction, while the man brings the more subtle, yielding Venusian energy.

This can manifest in the woman being more dominant and “wearing the pants” in the dynamic while the man struggles to assert himself. This can feel unsettling or unsatisfactory for one or either partner.

While a dynamic like this can make the synastry aspect feel “off” or less potent for some, it’s not guaranteed.

But in the end, men more often prefer a more submissive, feminine woman and, as such, might desire a woman whose Venus conjuncts his Mars, and not the other way around.

In the end, human relationships and astrological synastry are all about balance. People’s tastes are different, and the raw chemistry of a Venus/Mars synastry conjunction can feel amazing for both parties, even when the roles are “conventionally” flipped.

Tastes are unique, and charts contain dozens of factors that influence the overall results of how a synastry aspect manifests. If the energies feel complimentary, it doesn’t matter which gender possesses which planetary influence in the Mars/Venus conjunction.

What matters is how well the two people work together as a cohesive unit. Do they trigger a striving for balance and growth? Or is there unresolvable friction and a fundamental lack of appeal?

This aspect isn’t only about sexual chemistry. It creates excellent teamwork in other areas, too. It’s a combination that can make a partnership a powerhouse in material pursuits.

With their chemistry, these two have mutual respect, love working together on anything and everything, and rarely mind going out of their way to support one another.

They tackle projects together and can find success in many financial pursuits such as banking, insurance, taxes, accounting, inheritances, marketing of luxury products, or public relations.

Balancing and embracing the polarity.

There’s a clear polarity between the masculine and feminine present in this aspect. Yin and yang are accentuated, and the Mars native will naturally show up with pronounced masculine energy in the dynamic, while the Venus person will showcase their more yin side.

This can either feel fantastic or irritating, depending on temperaments and approaches.

Physically, the aspect is sexually satisfying for most people. That’s rarely the challenge. It’s in the day-to-day that couples tend to struggle with Venus conjunct Mars.

The Mars person needs to watch their aggressiveness and potential to domineer Venus. Venus might end up compromising too much, which can lead to frustrations over time.

Patience is often required with this aspect. The immediate attraction and sexual spark kick off a wild, passionate ride. But if the connection is going to last long-term, they often need to temper things a bit for the sake of longevity.

This can mean taking some time apart, even early in the relationship, to keep things from getting dull or overbearing. You don’t need to be around each other 24/7. Give each other some room to breathe, or this can turn platonic.

The relationship can come on too strong, and each may get burned out if they’re not careful. They might need to learn how to communicate more calmly and patiently.

If either partner was already paired before their meeting, they must be sensitive to the pre-existing dynamic and not blow everything up out of lust.

On a similar note, this aspect is so intense that it’s palpably visible to the people around them.

Cultivating support from other synastry aspects.

While a great aspect on its own, Venus conjunct Mars rarely does well long-term on its own. Explosive lust-filled chemistry can only take a couple so far.

For sustained success, these people should learn more about their synastry and support some of the more calm and grounded aspects (think Saturn) to balance out the hot passion of Venus/Mars.

Without grounded balance, Venus/Mars aspects can make a couple get under each other’s skin and create untenable feelings of friction.

Sure, makeup sex is great. But too much fighting and making up strains a relationship, often beyond repair.

It’s a partnership where the natives physically look good together while they burst with chemistry and charm.

Candle-lit lovemaking and passion are all the name of the game. However, the love affair from this aspect can end up more casual than lifelong.

If both people have well-aspected natal Mars and Venuses, there’s a good chance for a positive outlook. Venus brings the right sort of romance to the affair, while Mars brings a balanced drive and passion.

Whether harmonious or volatile, it’s always a fun and exciting aspect to share. For a while, at least.

Enjoy the wild, unbridled passion as you slip away to hookup under the boardwalk, but remember that the more intense the passion, the harder the potential fall.

Have you had Venus conjunct Mars synastry aspects in your past relationships, or are you currently in a relationship with the aspect?

If so, how have they been? Share your experiences below! We’d love to hear them.