5 Key Things to Know about Venus Opposite Mars in Synastry 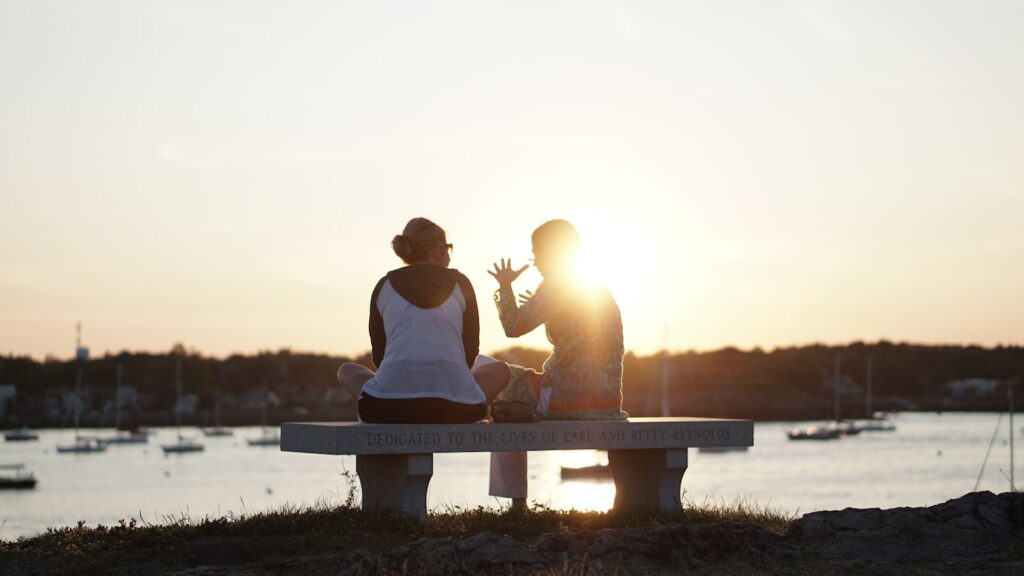 Today we’re covering one of the more potent aspects in relationship astrology (synastry).

We’ll focus on this aspect through the lens of a romantic relationship. Venus and Mars strongly impact romantic chemistry, so this has the potential to be one of the more potent aspects in a sexual dynamic.

Oppositions aren’t always easy, but they are stimulating. When Venus and Mars are opposite, there’s intense awareness and curiosity about the polarizing energies of the other person. They’re curious and potently aware of the different energies each brings to the table.

If they put in the work to understand each other, this excitement can carry what could otherwise be a problematic aspect toward union and satisfaction. If they fail to balance their differences, disillusionment and heartbreak can follow.

We’ll go over all of this in detail in the post below.

Before we dive in, remember that no single synastry aspect works in isolation. To get the complete picture of a relationship’s potential, you’ll want to look at each birth chart, the whole synastry chart, and, ideally, the composite chart.

With that said, let’s dive into the Venus opposite Mars synastry aspect.

1. How the Venus person feels and acts around Mars

The Venus person feels the Mars person’s energy potently in this dynamic.

They see the Mars person’s abundant energy, and their presence can make Venus feel both warm and a bit on edge.

They’ll likely feel a strong pull towards Mars and probably find that Mars is equally drawn to them. In fact, they might pick up on some intense attraction energy coming their way.

If Mars shows interest in Venus, it’s likely to be very forward, emotional, and aggressive. On one level, Venus can be taken aback by this and perceive Mars as overbearing and insensitive.

At the same time, they might feel valued and wanted in a way that excites them.

2. How the Mars person feels and acts around Venus

Mars is action energy, and this opposition to Venus will spark desire and an urge to act on their interest in the Venus person.

If Mars is into Venus, they’ll feel compelled to chase them (this is the case even if it’s the woman who has the Mars placement in this aspect). Venus is beauty, charm, and feminine intrigue. Mars is masculine energy, and Venus is a perfect target for its Martian pursuit energy.

Mars will likely make the first move, and they’ll be pleasantly surprised when Venus continues the romantic dance by trying to cultivate the love and bonding required to develop the relationship.

As we’ve all heard many times, opposites attract.

And that magnetic opposition attraction is profoundly present when Venus opposes Mars in a synastry chart.

Sexual chemistry-wise, this aspect is one of the hottest. It’s more exciting even than the Venus/Mars conjunction.

While the conjunction melds two people’s sexual/sensual natures together, the opposition creates a push-pull dynamic that intrigues and fuels a desire to merge and bridge the gap.

Their approach to love and sensual pursuit are mirrored, opposing opposites, and within that, a spark of desire is created. They feel that the other offers something that they can’t provide themself, a completion of sorts.

This feeling of two halves of a whole coming together is great for romantic/sexual stimulation and can keep these two turned on by each other for a long time.

There’s usually a good deal of mutual respect, and they don’t take each other for granted. Their admiration often expands to pedestalization. They might feel that they haven’t known anyone quite like them before, and this magnetic feeling makes them not want to let the other go.

While there can be a lot of friction in an opposition between Venus and mars, the undeniable attraction fuels upbeat energy and excitement, which has the potential to balance things out quite well.

4. They may have different timing and approaches within the relationship

While this opposition creates an undeniable attraction, those with this aspect typically have to overcome fundamental differences to provide the affection and love each craves.

Misunderstandings can arise, and there could be a sense of competition or challenge, resulting in occasional fights for dominance. Venus and Mars are both assertive in their own ways, with Mars using a direct approach and Venus employing more subtle (yet quite compelling) measures of control.

Timing can be off for them at times. One partner might be in the mood to pursue a particular flavor of connection or expression, while the other isn’t. And then later, the other partner is in the mood to pursue, but that’s not received well, either. It can feel very cat and mouse between them, and the off-kilter timing can throw them off.

They can also be a bit wary of each other due to the stark differences in the energy of an opposition. With a Venus/Mars conjunction, they vibe on the same wavelength, but their different approaches in the opposition can, at times, excite them and, other times, push them apart.

Since Venus is feminine archetypically and Mars masculine, a woman with Mars in this dynamic will often be more sexually assertive, as she is the one with the principle of aggression and assertion. And the man, under the influence of Venus, can be a bit more passive.

This can work well for some, but only if this less common approach is well received by both partners.

5. Their connection either finds a strong balance or falls apart

Generally speaking, the attraction can be strong here and frequently binds two people together.

Sure, this dynamic is easy and exciting for everyone early on, but over time, this opposition demands real compromise if true comfort and love are to be found. Their differences will create tension and spoken (or unspoken) conflict energy if unmanaged. Maturity is required here.

It’s a connection that thrives on the back and forth, ups and downs, or it doesn’t. This, of course, depends on additional synastry aspects in the chart. But on its own, Venus opposite Mars does not necessarily guarantee longevity in a relationship.

This intense dynamic between these planets can simply be too strong for many. Oppositions are highly stimulating, and the inevitable tensions and differences can be unbearable for some, especially with potent personal planets like Venus and Mars making the aspect.

Balance must be cultivated to achieve harmony. Their natural affinity can only last through the development of deep emotional and energetic understanding. They will often need to adjust and rework themselves to meet each other’s needs.

Done well, their journey of adjustment and transformation will foster mutual love, desire, and comfort.

This can be a very passionate relationship with well-balanced masculine and feminine energies. It’s not as easy as the conjunction, sextile, or trine. But it has more potential than the square to create consensus and cooperation.

When harmonized, their volatile energies will channel healthfully, and their relationship can thrive. This aspect is make-it-or-break-it.

It’s important to note that the placements (sign and house) of the planets involved can tell us much about how this synastry aspect will manifest.