7 Key Things to Know about Moon Conjunct Venus in Synastry 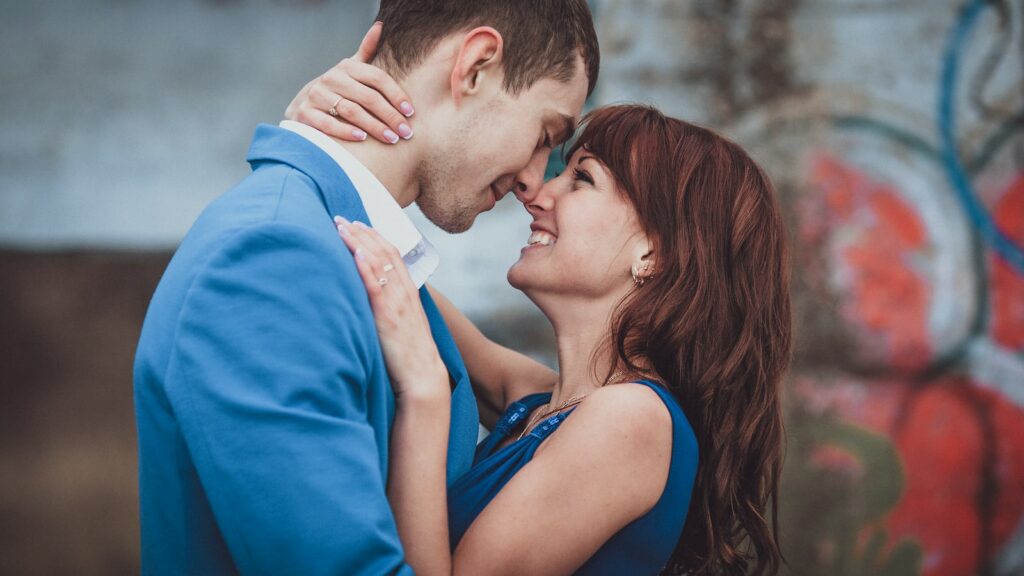 The Moon conjunct Venus synastry aspect is one of the most loving placements that two people can share. It can bless a relationship with profound mutual affection, ease, comfort, and devotion.

Moon conjunct with Venus is one of the classic romantic pairing aspects. In non-romantic relationships, this aspect will still be good to have, as a cozy feeling of shared connection enlivens each of you. It’s a common synastry aspect to find in long-lasting romantic, friend, and familial relationships.

If you share this aspect with someone, you’ll likely feel patient, tender, and protective of each other’s feelings. You also enjoy spoiling each other.

The closer this conjunction occurs by degree, the more potent it will be. However, same-sign Moon and Venus combinations will still feel some positive aspects even if they aren’t close by degree (within a 10′ orb).

1. How the Moon person feels and acts around the Venus person

The Moon feels that Venus sees and acknowledges them. When upset, they sense that Venus will be there for them, regardless of how volatile they feel.

Moon admires the Venus person on many levels. They admire their looks, which are ruled by Venus. They admire their artwork and aesthetic style of clothing and decoration. Moon feels cozy and nurtured by any artistic expression or environment Venus creates.

Moon works to endear Venus to them and trigger their shared desire to attach and bond. In response, the Moon feels a strong desire to nurture Venus. They’ll nourish Venus’s expression, affectionate nature, socialization, and sexuality.

2. How the Venus person feels and acts around the Moon person

The Venus person has a very attraction-based interest in the Moon person with this conjunction. They appreciate the natural way in which the Moon person expresses themself.

Venus is drawn to be romantic with the Moon. They care for them and shower them with as much love and affection as they can. They laugh with them and, all around, put on their best charming self to get along with the Moon.

Venus feels a strong pull to comfort and show understanding to the Moon person when they’re upset. They feel pulled to be the balm for the Moon’s woes – to soothe them and take away their concerns and worries.

In return, Venus feels understood and nurtured by the Moon. The Moon’s emotional energy feels safe and harmonious to Venus, which makes them feel permission to be themselves.

3. Feelings of comfort and sweetness abound

There’s this adorably soft connection that occurs when the Moon and Venus conjunct in a synastry chart.

They make each other’s hearts feel warm. They exist in this familiar feeling, dreamy, cozy, and stressless atmosphere. They’re beyond relaxed together and tend to be plenty affectionate. They love to share plenty of touch, either platonically or romanticly.

They both value and honor each other through and through. They become intensely devoted as a result. They joke around, dote on each other, and take long walks hand in hand. Even with such strong sentiments, their vibe remains light and goofy.

They tend to have similar approaches to life, but even when their individual differences and daily routines, they rarely clash.

4. They have a deep understanding of each other’s emotional, sexual, and security needs

One of the highlights of this aspect is how well they understand one another. It’s almost as if they can reach each other’s minds at times due to their deep emotional, energetic, and sexual bond.

They know what the other needs to feel comfortable and safe. The aspect makes difficult or sad conversations very easy because they come from a similar approach and perspective. They’re constantly validating the other’s reaction, which makes them feel safe and secure, leading to more vulnerability of expression.

Because they “get” each other, simply being in one another’s presence allows them to unwind and heal built-up hurts and traumas. Being together is like wearing a favorite comfortable sweater.

The sign(s) involved make a big difference in how this energy manifests. For example, a Moon and Venus conjunction in Scorpio will make them unafraid to go deep together emotionally. They can easily discuss deep-seated childhood issues, traumas, and transformative desires.

5. They adapt well and easily forgive disagreements and mistakes

Moon and Venus are both feminine-natured planets. They both encourage caring traits like adaptivity, receptivity, and nurturance. The Moon-Venus conjunction in synastry could be called the aspect of forgiveness.

With this aspect, both parties are tremendously forgiving of mistakes. This makes it much easier to get through rocky times together. Far more than if this aspect was not present.

They share a strong desire, almost a need, to not hurt the other’s feelings. They’re so connected that the fear of breaking the other makes them shudder. They can’t stay mad at each other for long. Things that would be a significant headache or heartache with another partner won’t feel like a big deal with these two. They easily brush inconveniences under the rug.

They simply love being around each other too much. No matter how bad things might get, they can’t stay mad because they genuinely care for one another, making them want to look past issues.

While this ability to dissolve disagreements quickly can make them a power couple, they should be careful not to be too forgiving when it comes to serious red flags in the relationship. Their desire for harmony, above all, could lead to ruin.

6. This aspect that can create feelings of true love

This is one of the most mutually fulfilling synastry aspects out there, especially when it’s in a tight orb aspect-wise.

Moon-Venus brings so much familiarity, affection, and ease. They can be vulnerable and emotional together in a way that they’re rarely able to access in other areas of their life.

Their shared passion and positive emotions can lead a romance to deep bonding. It’s a joint energy, with neither partner feeling it more than the other.

Their compatibility and emotional resonance are perfectly balanced, making it a truly lovely aspect. They can look into each other’s eyes and feel their spirits lift.

In a love relationship, they start off as each other’s sidekick and best friend. But this relationship quickly promotes feelings of wanting to bond deeper, often through marriage. Even people who didn’t otherwise want marriage can feel the urge overcome them once they connect with someone with whom they share this aspect.

They’re good at marriage, too. Both can handle the business side of marriage, in addition to their obvious deep capacity for emotional bonding. Moon is excellent at providing the sustained care it takes to maintain a marriage, and Venus is great at maintaining the institution.

A successful marriage takes more than just this aspect to work out. But a Moon-Venus conjunction is a fantastic indicator for marital success, nonetheless.

7. They can become possessive and lose themselves in each other

Since both planets are feminine-natured, we’re dealing with a strong yin-yin aspect. They feel incredibly comfortable together, but the risk is that they could smother each other or lose themselves in the relationship.

They cherish every moment together like it’s a priceless jewel that could never be replaced. This aspect can feel like you’re in an endless ocean – there’s so much beauty, mystery, and perfection that it can’t be described or fully experienced.

While these are incredible sensations, they can end up spending all their time together lost in the cozy comforts and adoration they share.

If they lose one another, either through tragedy or incompatibility due to other aspects, they can have a tough time letting go of the relationship. They can go from feeling on top of the world and emotionally grounded to plunging into total upheaval.

They can also be jealous. They love the attention so much from their partner that they want to hoard all their affection energy for themselves. Both planets naturally ebb and flow with their affections, especially the Moon, so this can be an issue that leads to very hurt emotions.

Moon conjunct Venus is one of the best synastry aspects out there. It makes two people feel emotionally safe, satisfied, and secure. Once together, they might think that they’ve found the ideal image of a mate.

It’s a sexy aspect to have and a favorite aspect of many. It’s not always sexual, though. It’s a very comfy placement to share. This can be a fantastic connective placement for platonic connections.

Remember that only some people who share this aspect will love it. Some people have natal charts that can make this aspect a headache. For example, if their natal Moon or Venus is afflicted or aspecting malefics in their chart, the energies of a synastry conjunction to their planet can feel distasteful.

Evaluating all aspects involved is always good to get the big picture for your individual chart and your relationship. Suppose your Moon-Venus aspect isn’t sounding like the description in this article. In that case, it could be due to poor supportive aspects or an unevolved and insecure partner that can’t handle being nurtured in the way this aspect promises.