5 Easy Tips for Effortless Texting with an Aquarius Man 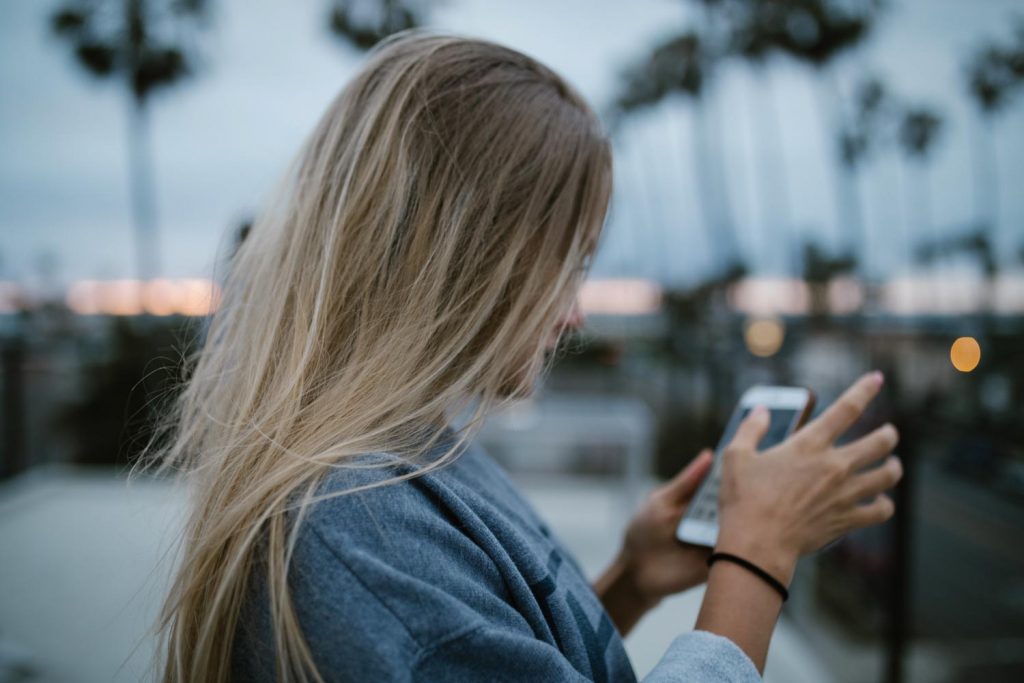 A single conversation over text can make or break your chance of attracting a potential partner.

It’s essential to text a partner (or potential partner) skillfully. Yes, the stakes are high. This is why I’ve created this article for you that covers all the ins and outs of texting the Aquarian man.

By the end of the post, you’ll have all the necessary skills to text any Aquarius man in your life.

1. Make sure your texts are engaging (if you want him to be invested and keep the conversation going)

Aquarian men can be fantastic communicators over text. They’re funny, enthusiastic, and engaging – that is, until they lose interest.

This scenario happens a lot with Aquarian men: one moment, you’re both frantically tapping away at your phones, then all of a sudden – radio silence.

Aquarian men rarely work hard to keep a conversation going. When he’s done, he’s done. He’ll text endlessly if he’s in the mood for it and is initiating conversation. But when you’re the one initiating, you have to push the conversation forward.

So if you want to avoid spontaneous radio silence: keep him actively engaged and invested in the conversation. This means no one-word responses (i.e., lol, agreed, true!) or anything that could be perceived as a conversation ender. If the topic of conversation starts to fade, be ready with another prompt, or he’s liable to pocket his phone and focus elsewhere.

2. Avoid texting him all day long

Aquarian men will rarely want to text all the time. This guy prizes alone time and independence, plus he hates any form of codependence (real or imagined).

If you keep your texting conversations going on all day, he’ll likely start to resent you (even if what you text is highly engaging). Over-texting is one of the easiest (and worst) ways to come on too strong with an Aquarius man.

He keeps busy and wants friends and partners who are similar to him. He doesn’t focus on one person all day long, romantic relationship or not. He’s out doing things, prioritizing personal projects, or spreading his social attention among multiple people.

So mirror his style. Be busy and live your own life (i.e., show independence). Allow plenty of time between texts, even days, if that feels right. Be a little mysterious. Overall, read him. This is especially important if you haven’t formed a strong attraction or friendship yet.

Read this post about getting an Aquarius man to miss you if you’re antsy to get him to think about you and want to reach out.

3. Expect to text at entirely random times and about completely random things

Aquarian men are very sporadic in life and communication (attributed to his Uranus rulership).

He operates from bolts of inspiration, making his life a constant stream of tangents. He might make plans to do something but suddenly find himself on a different train of thought and abruptly change his schedule.

Because of this, he’s not calculated or consistent in his communications with others. He might randomly send you texts at odd hours. He might message you back right away some days and entirely forget to text you back other days.

So be ready to work on his texting schedule. Don’t expect consistent good morning texts or other routine check-ins. But do expect random flurries of conversation out of the blue, sometimes early in the morning and sometimes late at night.

When texting, he might erratically bounce around to different topics in the span of 5 minutes or fixate on some new fascination of his for three days straight, sending you 20 articles to read and talk about.

It’s important to realize that his lack of consistency is not personal. He’s erratic with his closest friends and may even blow off plans with them on the regular. It’s just one of his quirks.

So go with the flow and be ready for off-the-wall texting conversations. The more you’re capable of going with the flow, the more he’ll be drawn to talk to you.

Note: If he is texting you consistently, that’s a good sign for his attraction level. This guy is usually very busy and has large numbers of messages to deal with on multiple platforms, in addition to his offline life. So if he’s keeping up with texting you regularly, he probably likes you a lot.

4. Be prepared for him to forget to text you sometimes

Aquarius man’s mind is chaotic with flashes of inspiration and ideas zinging in every which way. Because of this, there’s a decent chance he’ll forget to text you back sometimes even though he intended to.

Worse, he can split off into such compelling tangents that later, he is convinced that he did text you back when he didn’t.

If he’s like this often, don’t worry, there’s no malice in it. He will probably be the first to say that he’s terrible at texting.

It’s essential that you respect him, no matter his texting habits. Don’t hold your breath on the read receipts, and be easy on him to encourage him to want to keep texting you. And never double text (unless multiple days have passed).

5. What to do when an Aquarius Man ignores your text

I’ve already covered this aspect of texting an Aquarius man to some extent. But it is crucial, so this deserves its own sub-header.

If you want to succeed with an Aquarius man, you must avoid displaying neediness or clinginess, as these traits repel him.

So, if an Aquarius man is indeed ignoring your text, it probably means he’s feeling too much pressure from you energetically. He feels the need to assert his space and create a little distance.

When an Aquarius man ignores you, the worst thing you could do is to keep texting him.

The best thing? Wait. Give him space.

I’m sure you know the saying: absence makes the heart grow fonder.

This is a perfect example of when you should step back and let his fondness for you develop.

And if it doesn’t develop, and he doesn’t get back to you? Good. Because now you know that he’s not invested in you, and you can look elsewhere for the attention and affection that you deserve.

So don’t get upset. Don’t double text until a few days have passed (remember, he might have just forgotten to message you back). He’s probably off in his own world. It’s not personal to him, so try not to take it personally.

He’s the type of guy that you could have a great conversation about exciting topics and show a ton of interest, and then drop off the map for a week. Then, after a week, he’ll start showering you with attention again. This is just how it goes.

And if you want to avoid him dropping off the map next time, the best thing you can do is follow step #1 and make a more compelling conversation.

So there you have it—some essential aspects of texting the Aquarius man.

His attention is fickle at times, but know that if you really need him, he’ll be there for you. It’s just that he doesn’t want to text you that often.

If you’re having a tough time telling if an Aquarius man likes you through texting, or in general, this post will help you determine if he likes you or not. And read here if you want to learn more about dating the Aquarian man.

Closing tip: avoid getting intensely emotional with texting. He’s not very emotionally communicative, and unless he brings it up while texting, he’ll likely be put off if you push a texting conversation down an emotionally expressive path.