5 Key Things to Know About Sun Conjunct Mars in Synastry 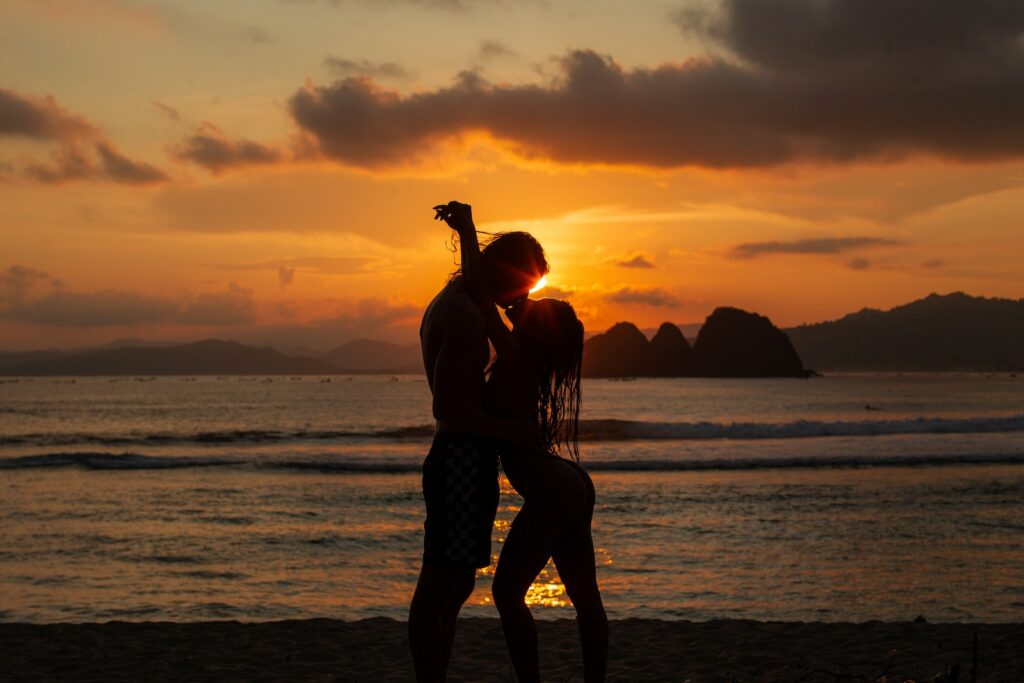 The Sun conjunct Mars synastry aspect is a powerful indicator of potential compatibility between two people. It’s a combination of two extroverted planets, establishing an assertive, fiery, and potentially combative mix of energies between them.

They respond to each other with intensity and initiative. It’s an action-oriented aspect that involves direct communication and catalytic energy.

This post will dive into this synastry aspect and help you determine how it might impact your relationship(s).

1. They feel an immediate attraction which causes sparks to fly

It’s one of the best synastry aspects to kick off a relationship full of energy and attraction.

The Sun and Mars are both powerfully active and influential planetary bodies. When merged by conjunction in a synastry chart, they trigger significant responses between two people.

The Sun rules our ego, and Mars our assertive drive. The Mars person in this dynamic is usually quite attracted to the Sun person’s personality and aura.

The Mars person can even be taken aback, almost intimidated, by the Sun person due to how they fit their ideal image of a partner. This can be especially relevant when a woman is the Mars, and the man is the Sun in the dynamic.

The Sun person, too, feels an immediate attraction to Mars. They sense and admire Mars’s raw drive and power. They love how close Mars’s assertiveness feels to their own form of expression.

Either one of them could kick things off. They’re both capable initiators. Mars is driven by nature and a very sexual planet, so the Mars person could feel compelled to dive straight into courtship.

At the same time, the Sun person might initiate as the pursuer due to how the Mars person activities their own drives.

There’s plenty of mutual acknowledgment and admiration to go around here. The general excitement quickly evolves into activation and turn-on energy.

This is one of the hotter synastry aspects you can have in a romantic connection.

There’s tons of passion and palpable sexual tension felt between them. It’s an aggressive aspect by nature, which can result in lots of fun in the bedroom.

It’s not an aspect that tends to allow two people to put sex on the back burner of the relationship. These two feel the compulsion to dive straight into athletic sexual expression.

While Sun/Mars conj indicates strong sexual attraction, it doesn’t by itself indicate love or lasting tenderness.

It’s a very yang, forward-focused, conquering sort of aspect that will need to be supported by other more yin, soft synastry aspects if the relationship is to be balanced in long-term intimacy and sexual expression.

3. They can accomplish a tremendous amount together

This conjunction merges two highly driven planets together. Together, they each feel understood and in sync.

They spark each other’s energy innately, which builds a naturally shared enthusiasm and promotes action-taking, risk-taking, and adventure.

It’s an excellent aspect for getting things done in the physical world. They greatly appreciate each other’s physical qualities, expressions, and timing.

They foster a healthy sense of competition and sportsmanship. They work well together in sports, business, and other worldy accomplishments.

They know how to get things done together, and very little can stand in their way when working together in total harmony.

4. Ego clashes can be commonplace

These two can have a lot of shared wins, but disagreements may arise between them and threaten their potential for harmony.

At first, they might have enjoyed working together and found relating to be easy. They may have experienced slight frictions, but these fueled a playful and flirtatious rebelliousness in them that was fun and sexy.

But slight annoyances easily snowball with this synastry aspect; over time, intense feelings of competitiveness may start to increase in both of them.

By its nature, the Sun outshines everything nearby it in an astrology chart. Because of this, conjunctions to the Sun aren’t looked at too favorably in traditional astrology.

With the heat and brightness of the Sun overpowering whatever sits next to it, in this case, it’s the other person’s Mars.

Mars, who likes to dominate the world around them in their own way, experiences a knee-jerk reaction to this. The Mars person might feel that the heat of the Sun person is starting to burn them rather than warm them.

They might feel that the Sun person is trying to outdo or otherwise minimize them, and they react by attempting to outdo the Sun in a defiant manner.

And, of course, the Sun person, who’s accustomed to shining the brightest, feels put off by Mars’s aggressive attempts at one-upmanship.

Flirtatious nagging morphs into an overwhelming desire to put the other person in their place, and quarrels become commonplace whenever there are disagreements.

This can make things quite volatile for them. There’s still tons of attraction that make them want to spend tons of time together, but they can suddenly snap into hating each other.

If their own Suns or Mars are afflicted in their birth charts, this dynamic can be incredibly love/hate in a way that exhausts them both.

Sun conjunct Mars can be a fun relationship dynamic in the synastry chart. Many people enjoy this connection, regardless of its potential to be somewhat conflict-ridden.

While it magnetizes two people together, it’s unlikely to be enough to hold them together.

When other aspects do not adequately balance it, the intensity of the physical chemistry it creates can prevent a more emotional and intellectual connection from taking root.

Additional aspects in the synastry chart involving the Moon, Saturn, Pluto, and the 4th and 7th houses can help foster sustainable commitment.

This aspect brings enormous energy and possibilities to the table that extend beyond petty, hot-heated ego clashing.

But to get the rewards that this aspect can bring, both the Sun and Mars need to be cautious and contemplative about how they relate to each other.

Good humor and patience are essential to a healthy pairing with Sun-conjunct Mars.

First, they must resist the compulsion to dominate the other at every turn. They have to respect the independence and free will of the other if they want their own autonomy to be respected in turn.

More easily said than done when they feel like they want to rip the other apart at the drop of a hat at times.

While playfully bickering and competitive jostling are par for the course with this aspect, they need to keep these energies contained. Emotional control is essential here.

If they give each other too much grief and try to defy the other’s influence in a retaliatory way, things can spiral quickly.

They have a similar approach, which helps. Their style, emotional responses, and trigger points can be very in sync. This gives them great potential for mutual understanding.

They might have to learn to let the other lead at times. Mars accepting, listening to, and allowing the Sun to take the lead is sometimes essential (if they’re emotionally mature enough to lead, that is).

Cooperation and shared respect are the keys that unlock the full potential of this dynamic.

Sun conjunct Mars can be a lovely relationship-supporting aspect in a synastry chart. It’s raw, sexual, and powerful. It’s super hot, which we all love, but there can be a lot of overly passionate arguments that lack logic.

To succeed, it needs to balance the scales between harmonious connection and defiant rebellion.

The placements of each individual’s planets are essential to understand how this aspect plays out fully. What sign and house is the Mars person’s Mars in?

And what house/sign does the Sun person’s placement fall in?

And then, what houses do these planets fall into in the other person’s chart?

Lastly, what aspects between other planets and the Sun/Mars placements are there? Both in the natal and the synastry charts.

As you can see, there’s a lot to fully understanding relationship chart placements.

It’s recommended that you get a full chart reading, or at the least learn about all of the most relevant synastry aspects in a shared chart, before making a significant judgment about your relationship.