Natal Venus in Scorpio: Everything You Wanted to Know 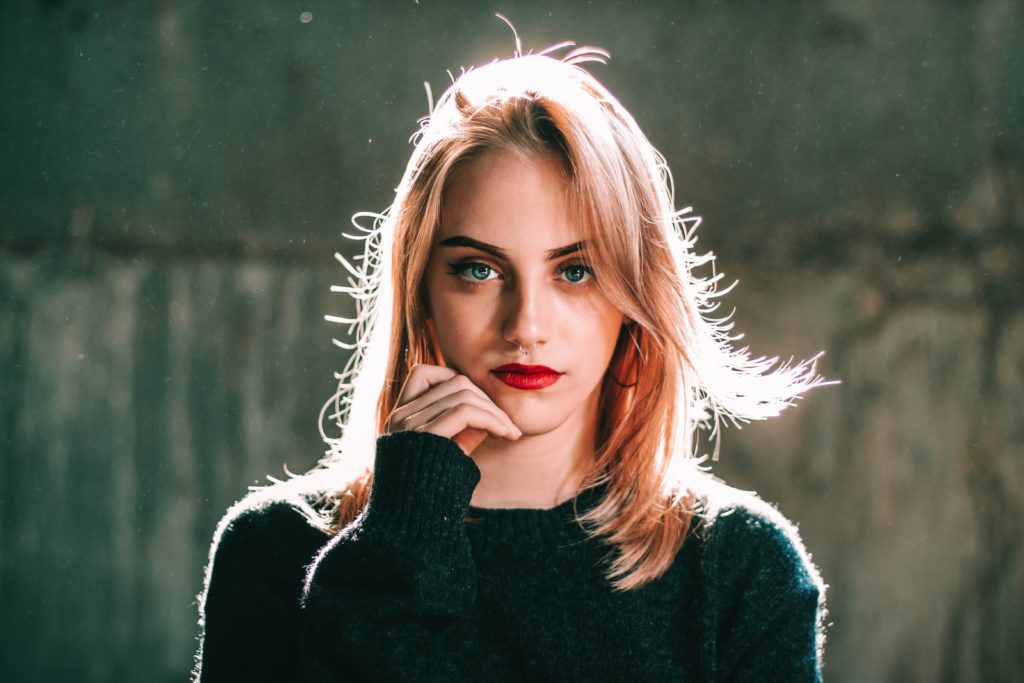 Venus is considered to be “in detriment” in the sign of Scorpio. It’s one of the more difficult placements for Venus.

Venus in Scorpio people often perceive the world in a black and white way. They can be drawn to occult sciences and psychic mysteries, as high psychic sensitivity permeates their lives. Their artistic tastes are full of dramatic contrasts.

This placement exudes mystery, hidden power, and smoldering sexuality. These people have colorful personalities and their passion is unmatched.

Depth is incredibly important to them, as it brings the growth, transformation, and drama, that they crave. Superficial relationships and social activity rarely interest them. Their guardedness makes them very picky about who they open up to, and usually have very few close relationships because of this.

Scorpio Venus people have a deep, gut-level style in love. They fixate hard on love interests and will pursue them relentlessly. People who have this placement in an otherwise placid chart are often surprised by the intensity of their own feelings. Only another person with Venus in Scorpio (or Moon in Scorpio) can fully comprehend your emotional depth and sensitivity.

When they find a suitable partner, they want to merge with them in totality. Moderation is not Scorpio in Venus’s thing. They seek extreme vulnerability and emotional intensity with their lover. Love often has a strong spiritual basis for Scorpio venus, and in partnership, they tap into a deep inner well of spiritual feeling and desire for soul contact.

Once in love, no one is more devoted than the Scorpio Venus. They’re straightforward, direct, and give themselves totally to their partner. They’re entirely committed and will do anything for their partner. They are more than willing to endure extreme hardships to show their devotion.

While Venus in Scorpio loves passionately and totally, there’s also a dark side to their temperament. When they feel insecure or out of control in the relationship, they’re apt to become highly possessive incredibly jealous. They feel a compulsion to dominate the affections of their partners, and anything that gets in the way of that feels like an all-out threat to them. They demand total involvement.

Love for this placement feels fated and extreme. This makes them a potentially desperate and tragic lover when things don’t go exactly their way. For them, love can quickly turn to hate, and their wounded rage will often drive others running.

It’s not uncommon for Venus in Scorpio people to have a string of tragic, ill-fated romances that thoroughly break their hearts. It’s part of why they’re so skeptical and cautious to get involved with someone. But, no matter how many times love fails them, Scorpio Venus remains hopelessly drawn to soul-bearing romance.

Even though Venus isn’t at its full strength in the sign of Scorpio, this is a potent and resilient placement. Here are some of these people’s best traits:

Their commitment to being a good lover.  People with this placement bond deep and are intuitive communicators. They have an ability to foster strong emotional ties and they love all parts of their partner; even the ugly, broken bits. They know how to inject passion into a relationship to keep its luster. They’re a perfect match for someone who wants a faithful, passionate, soul-bound romantic connection.

Their ability to understand, accept, and empower others. Scorpio Venus people understand the deep recesses of human nature. Very little shocks them, and they are accepting of the darker aspects in people. No matter how uncomfortable or complex of an emotional state a friend or lover has, they will be there for them. They’re always willing to help people heal through difficult emotions. They’re also good at helping others find untapped or hidden abilities or talents.

Their unwavering friendship. This placement gives great devotion and loyalty to friends, family, and lovers. They’re solid, lifelong friends and will sacrifice themselves to protect those that they love.

Their intuitiveness. Scorpio gives these people insightfulness and awareness that allows them to see all aspects of situations. They have a sixth sense for when something isn’t quite right, and they’re good at helping others find untapped or hidden abilities or talents.

Their resource-mindedness and earning potential. This is a good Venus placement for finances. Scorpio here brings shrewd investment and business prowess. There’s a high earning potential and an ability to manage money. Original artistic work can bring in resources, as can inheritance, marriage, and business partnerships.

Their resilience. Scorpio Venus is persistent and gives a flair for strategic thinking. With this placement, the person never gives up on a goal and won’t settle having anything done halfway. Thoroughness is a central feature for them. Even when faced with setbacks, they never lose their personal pride and emotional dignity.

Their passion for personal growth and transformation. Scorpio is the sign of transformation, and Scorpio Venus people don’t disappoint in this area. When they commit to change, they have the raw power to transform and revolutionize any area of life. They have a great capacity to heal and grow in relationships and help their partner do the same. They show others how to take the most difficult emotions and compost them into the flowering of self-love and understanding.

Attracting through sex appeal and power. This placement has a deep fear of being rejected or misunderstood. Because of this, they aren’t direct or confrontational when looking to attract a love interest. They work indirectly by making themselves look tantalizing and deep. They’re very good at employing subtle looks, words, and actions that make them look compelling and draw people to them. They’ll often dress provocatively to enhance their aura of simmering volcanic emotions.

There’s always an internal battle going on between Venusian and Scorpionic tendencies. Venus is a subtle, minld-mannered, and overall relaxed planetary influence. But suffused with Scorpio’s boiling passion and intensity, it can be hard for Venusian energies to settle. For these people, there’s a constant sense of juggling the good and the bad parts of their aesthetic and pleasure-seeking nature. There’s both a desire for and inhibition of malevolent emotions, like vengeance, manipulation, and jealousy.

Their destructive tendencies. Scorpio is touchy and suspicious and is well known for its vengeful and vindictive bend. And it’s not uncommon for insecure Venus in Scorpio people to put these tendencies on display – especially when a relationship goes south. Their emotions go to extremes of paranoia and jealousy, and the potential for healing is lost. There’s also a high likelihood of self-destructiveness, too, with this placement, which can undermine the foundations of their external and internal relationships.

Their compulsive need to control the world around them. Venus in Scorpio people can have a lot of insecurities, and they usually try to cope by subtly controlling or dominating others. This is common both in personal relationships, marriages, or business partnerships. They can have a tendency to use others as a means to fulfill their own desires and might experience a lot of tensions as they work to sustain masked control over those around them. Although they may express their dominating tendencies in minor ways, there’s little doubt that they’re working to pull the strings.

They can be overly-extravagant spenders. This placement can make a lot of money, but they also tend to spend it excessively and might struggle to save.

They can rely too much on extreme emotions. Venus in Scorpio people are magnetized by intensity and can’t stand blandness. It’s not uncommon to see them in relationships that tilt between shared romantic ecstasy and clawing at each other’s throats. Their dependence on the intensity that crisis brings can leave them feeling alone and exasperated.

How to Attract a Scorpio Venus

If you’re looking to catch one of these people, here are some traits that will magnetize Venus in Scorpio to you:

Reveal a dark and mysterious persona. Scorpio Venus loves the beguiling temptress and darkly handsome types. Catch his attention by being a bit of an enigma with sexual and primal undertones. Emanate intensity and psychological depth with your gaze. Have a powerful, even morbid tinge to your energy. Signal interest in the occult and the dark sides of human nature.

Display a deep, intense, and passionate nature. These are essential traits that Scorpio Venus craves. Scorpio Venus craves a partner that’s not afraid to plunge into their emotional depths.  Show that you throw yourself into experiences with total abandon. That you’re willing to do whatever it takes to get deeply connected to people and experiences. And that you’re open to new, transformative experiences that claim body and soul.

Confide in them. Scorpio Venus has a compulsive need to know their lover’s innermost secrets. So be willing to open up your psyche to them, and don’t bristle when they get a bit probing around some of your wounds. It might feel uneven at first, as Scorpio likes to learn the other before revealing themself, but eventually, they will share their dark secrets and fears, too.

Make sure they know that you’re worth confiding in, too. Trust is so important to Scorpio Venus. They are very secretive and do not like many people knowing about any emotions that could make them feel vulnerable. So assure them that you can be a safe haven for them to confide in.

Show them that you take love seriously. Scorpio Venus wants an all-or-nothing kind of love. They won’t waste time with superficiality. So let them know that love to you is intense, that you won’t run from emotionally cathartic experiences, that that you’re open to having your soul bared to your lover.

If you, or the Scorpio Venus you love, want to learn to grow more deeply into this placement, check out my post on healing and evolving the Venus in Scorpio placement (coming soon).

In closing, remember that there’s a whole lot more to the chart than the Venus placement. Always try to look at your placements in context.

Learn more about the Venus Signs...

6 thoughts on “Natal Venus in Scorpio: Everything You Wanted to Know”