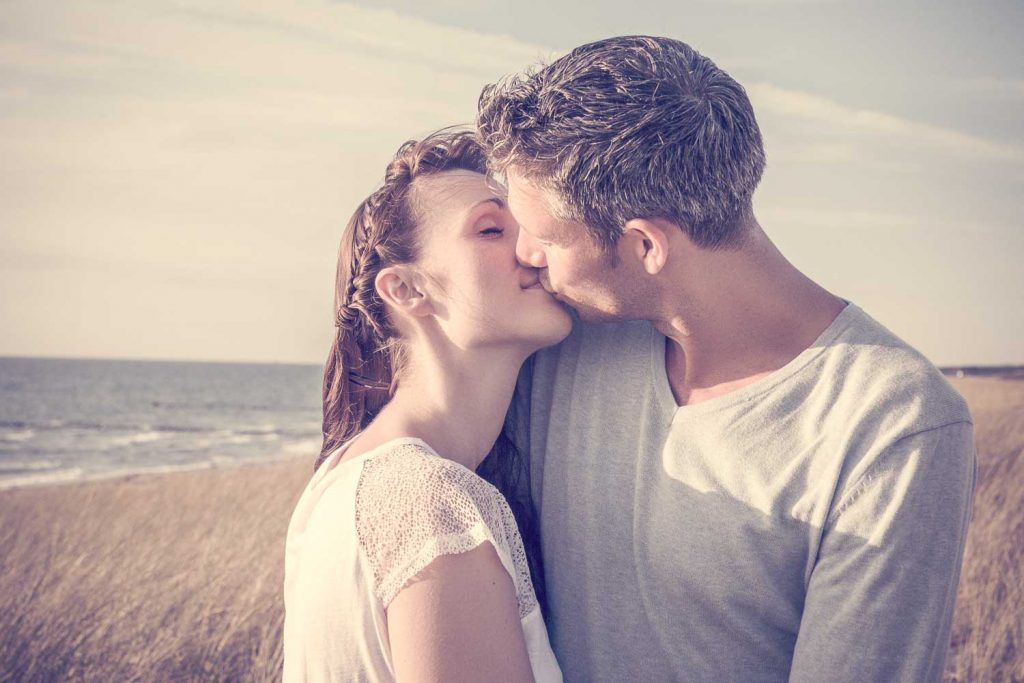 Taurus and Scorpio are opposite signs, so this pairing can be a tough one to call. On the one hand, we all know that opposite attract, but on the other, these two can be like oil and water. Taurus women are known for being bull-headed and bossy, and the sign of the Scorpion is the ruler of power and control, so when you put the two together you can get two hotheads who are hell-bent on exerting their version of events. On the other hand, both of these two are incredibly loyal and will persevere in a relationship long after others would have given up, so if they can find a balance to their power games, this can actually turn into a steady and long-lasting union that would make many other couples wildly jealous.

Scorpio men are, it has to be said, rather emotional creatures, Water signs that have a whole boatload of emotions that they can’t wait to unleash. Taurus women, at the opposite end of the spectrum, are Earth signs, grounded and reliable, and can often act as exactly the kind of foil that the Scorpio man needs in order to give him a bit of emotional stability. Scorpio men can also tend towards depression more than other signs, simply because he spends so much time in his own head examining all his thoughts and feelings at close quarters, and here the Taurus woman can also use her natural practical sensibilities to help him see the light when things get a bit too dark. On the other hand, Taurus women often tend to take things at face value, being so upfront themselves, and the Scorpio man can help his partner to examine all the facets of a problem or dilemma and to see the true picture behind certain perplexing issues.

When it comes to sex, this is an excellent match, which should be good news for both partners. The Taurus woman and the Scorpio man both consider sex to be a highly important factor in a relationship, and it will provide them with a shared bond and activity to explore together. Certainly, this an area in their relationship that they will want to dedicate a lot of time to, and is something that will bring them closer emotionally as well as physically.

Both of these signs love good food, good music, and other earthly pleasures, so the Scorpio man will most likely plan a date with these things in mind. He is not a natural at romance, however, which he doesn’t really understand, or appears to be unable to master, so don’t expect flowers, chocolates, and lots of handholding from him. It just isn’t his scene, and he is a rather slow burner on the relationship front, taking his time to get to know his partner before introducing her to his wider social circle, for example.

Taurus women are great listeners, which is good when it comes to Scorpio men, who have so many thoughts and feelings to process that it can all get a bit intense on a first date without a practical Bull to bring things back to reality. Nothing about a Taurus woman is fast, so expect her to sit back, as she focuses her big beautiful eyes on you, and takes in all that you have to say and offer. She certainly won’t be making any sudden moves, so if you want the relationship to progress then it will be up to you to get things started.

Taurus women and Scorpio men may have their faults, but the inability to commit certainly isn’t one of them. They are also both possessive, but this will usually work in their favor, as long as both of them are faithful, and Scorpio men, in particular, have a long-held desire to mate for life, something that a steadfast Taurus woman will be absolutely delighted by. Emotionally this will create a deep bond between the two, and they are also both quite private people, who will enjoy reveling in the intimacy of the relationship without the need for a wide social circle of friends at the same time.

The Taurus woman and the Scorpio man are fixed signs, so they excel at persevering through hardships, and refusing to back down from a fight they believe in. This means that, individually and together, they are capable of moving mountains, however, it also means that they are complete disasters when it comes to adapting to the needs of others. Both can be seriously inflexible when it comes to giving ground to a partner with a different viewpoint, and power struggles between the two can crop up with increasing frequency if they can’t agree to disagree on things. Is the relationship likely to last?

Very likely indeed – that is if this pair can agree to respect each other’s turf and viewpoints. Both the Taurus woman and the Scorpio man believe deeply in love and marriage, and as such they take any union extremely seriously, not entering into it in haste, and not giving up on it quickly either. Any kind of unfaithful behavior, however, even being too friendly with a member of the opposite sex, can result in a showdown from either one of these famously possessive signs

How to attract a Taurus woman as a Scorpio man:

Taurus women are notorious for being intrigued by complex characters, at least at first, for they themselves are so upfront and grounded that they are simply fascinated by a more complicated mindset. As a Scorpio man, you have layer upon layer of intrigue lurking within you, and this will be sure to draw the Taurus woman to you, for she will want to figure you out and get to know the real you. Having said that, you will also need to be open with her if you want to keep her attention, so answer her questions and let her get to see at least a bit of that famous Scorpio psyche.

How to attract a Scorpio man as a Taurus woman:

Scorpio men really love the thrill of the chase and like nothing more than being able to successfully seduce a new love interest. With that in mind, it often doesn’t hurt for the Taurus woman to adopt something of a doe-eyed and innocent persona, giving him the impression that you have no idea that he is even trying to woo you. When he does make a move, act as if you can’t resist his charms (which may be true!) and he will be absolutely delighted at his own efforts.

1 thought on “Scorpio Man & Taurus Woman Compatibility – Can it Work?”