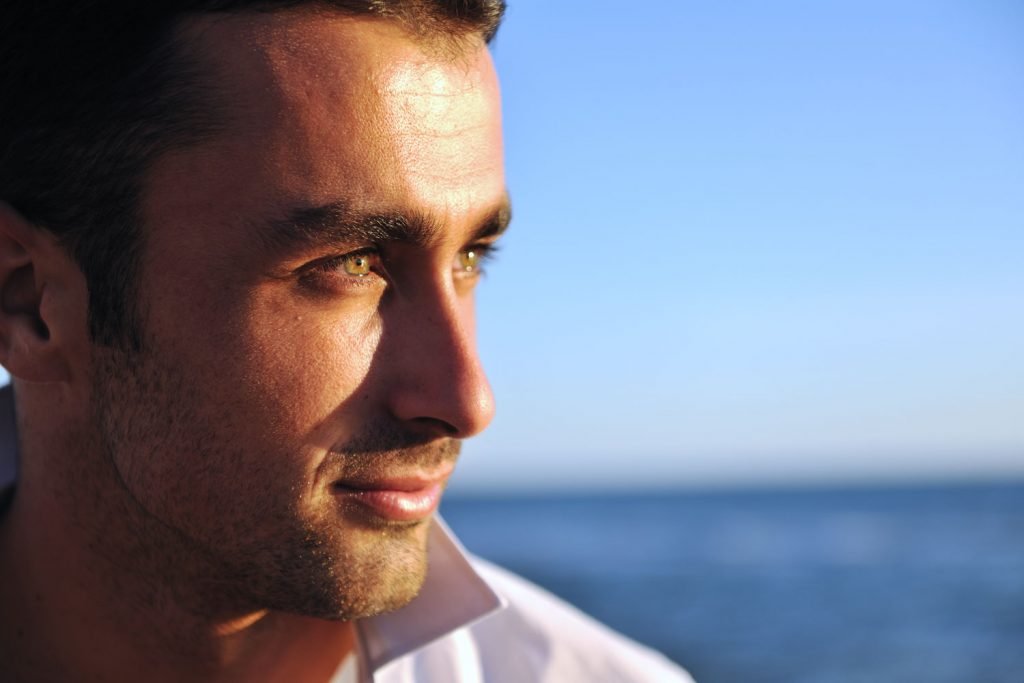 Sagittarius is one of the least jealous signs in the zodiac. It’s just not really in his makeup. His carefree, freedom-loving, live-and-let-live personality means that jealousy just doesn’t come up that often.

When he does get jealous, it’s not something he enjoys or revels in. Mostly because he’s forced to confront the fact that he’s become dependent and reliant on the affections of another person, which he hates.

While jealous feelings are rare for this man, they do occur from time to time.

Below you can read the most common ways he acts when jealous, plus how you can navigate his jealous emotions.

Related: The Sagittarius Man: Everything You’ve Wanted to Know

5 Signs that a Sagittarius Man is Jealous

Let’s take a look at the important signals he can’t help but give off when jealous.

1. He jokes about it

When a Sagittarian guy starts to feel jealous he probably won’t even recognize it initially. It’s not a trait he likes to see in others, and especially not in himself, so he blocks it out of his awareness.

But you will be able to recognize it in certain ways. His humor, for example.

Sagittarius men rely on humor a lot in life. His charm and light-heartedness endear him as the jokester or jester of the group.

Since he uses humor so much, you’ll likely catch his jealousy show up there first in subtle, casual ways. He might start making jokes or poking fun at you or the target of his jealousy that comes across as mildly passive-aggressive.

Just read between the lines and it shouldn’t be too hard to tell when true feelings come through in his jokes.

Related: How to Get a Sagittarius Man to Chase You

The Sag man prizes freedom, especially in his personal life and within relationships.

He hates it when partners become possessive over him and prides himself on his live-and-let-live nonchalant attitude in relationships.

Because he’s so averse to possessive emotions, it’s a big deal if he starts acting territorial or overprotective with a lover. You can bet it’s likely stemming from unconscious feelings of jealousy, even if he tries to play it off as protectiveness.

Related: 7 Key Things to Know about the Sagittarius Man in Bed

The Sagittarius man is usually the happy-go-lucky guy that’s always ready to cheer his friends up.

He’s quite resilient when it comes to maintaining a good attitude. There aren’t that many things that can knock him off balance and put him in a bad mood.

So, if he’s acting a little irritated, broody, or overall emotional with you then there’s a good chance his feelings are being caused by jealous thoughts swimming through his head.

Sagittarius men are rarely passive-aggression. He resents passive aggression when he sees it in others, and will often call it out directly. When angry himself he’ll usually be blunt and direct about it.

But everyone, especially under the spell of jealousy, can act in ways that aren’t typical to their nature.

Even though it’s not his MO, the Sagittarius man (like every person) can fall into passive-aggressive behavior when he starts feeling jealous or possessive over a partner. He does this because he doesn’t really want to admit that he’s jealous. And passive-aggression (sort of) masks his true reason for being upset.

So if you sense him becoming passive-aggressive, know something is likely up.

Related: How to Build a Sagittarius Man’s Attraction through Text

5. He gets openly angry

As a fire sign, it’s not too uncommon for an upset Sagittarius man to fall into eruptive bouts of anger. And when he’s overwhelmed by jealous feelings he might erupt about it directly to his partner.

This can be upsetting, but at least his displeasure is open and brings clarity to the situation.

How to Make a Sagittarius Man Jealous

If you want to make this guy jealous it’s not going to be easy.

Even if you succeed, you might not get the exact results that you’re looking for.

If you still want to try, my recommendation would be to go out on adventures with other men and share photos or videos so he can see. This triggers two things in the Sag man: his fear of missing out and his innate competitiveness.

If you do succeed in making him jealous, he might want to work to court you again, which would be great.

On the other hand, there’s a good chance he’d the opposite route and decide to move on entirely. He’s pragmatic and might assume that you’ve moved on yourself.

Or, he could become angry and explosive (this man can have a temper). And the resulting fight could cause him to want to end things with you entirely.

Related: 5 Essential Things to Know About Dating a Sagittarius Man

How to Calm his Jealousy

If your Sag man is acting jealous you’ll want to make him remember that he’s acting out of alignment with his natural self. Sagittarius men usually don’t fall into jealous bouts due to their lack of possessiveness.

There’s a chance that by letting him know he will snap right out of it then and there.

If he does have good reason to be jealous, be upfront about it. He hates dishonesty more than infidelity, so be truthful and let him assess the situation from there. He might get mad, but he can also be quite forgiving.

Related: 5 Ways to Know if a Sagittarius Man is Serious About You

So try making him jealous if you want, be beware that you’re playing with fire. I have much better advice on making him miss and want you in my course on attracting Sagittarian guys.

What have your experiences been with jealous Sagittarian men? Let us know in the comment section below!