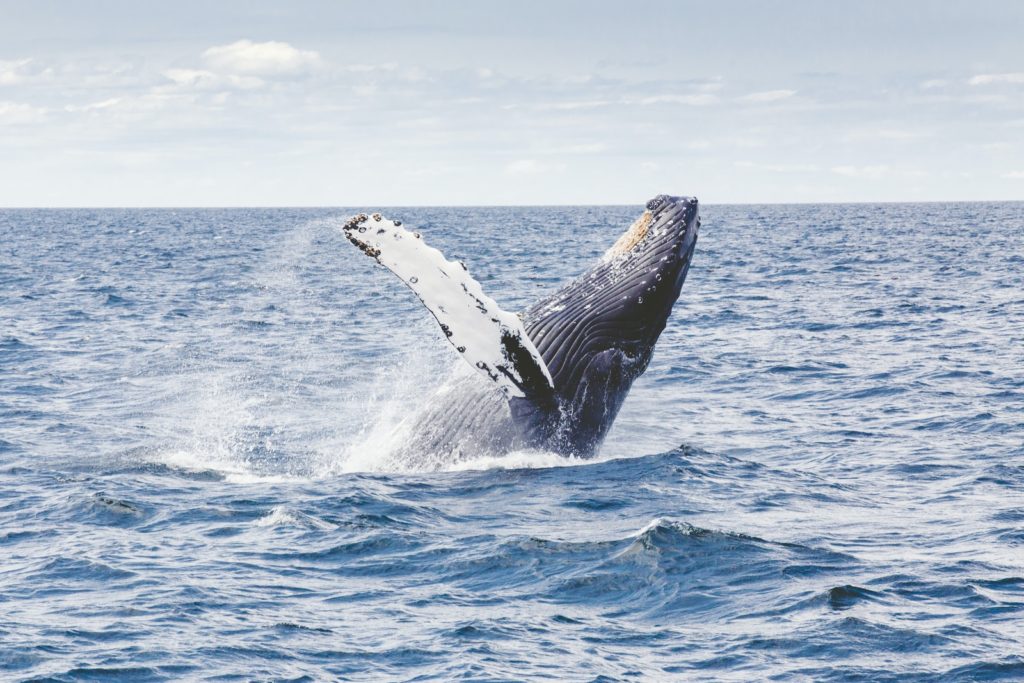 Today we’re culminating our spirit animal zodiac posts with the last sign of the zodiac, Pisces.

And what a sign to end things with – Pisces is the most exciting sign to write about spirit-animal associations because Pisces is so connected to the animal and spirit realms. There’s a lot of karma and wisdom with Pisces. More so than any other sign.

In this post, we’ll explore five animals that match spiritually with Pisces and have a lot to teach the sign and derive inspiration.

If you’re a Pisces, learning about your spirit animals below can help you understand your own personality better. Or, if you’re not a Pisces but are connected with one, you’ll be left better understand them by reading about their animal kin.

Related: Why are Pisces People So Good in Bed? 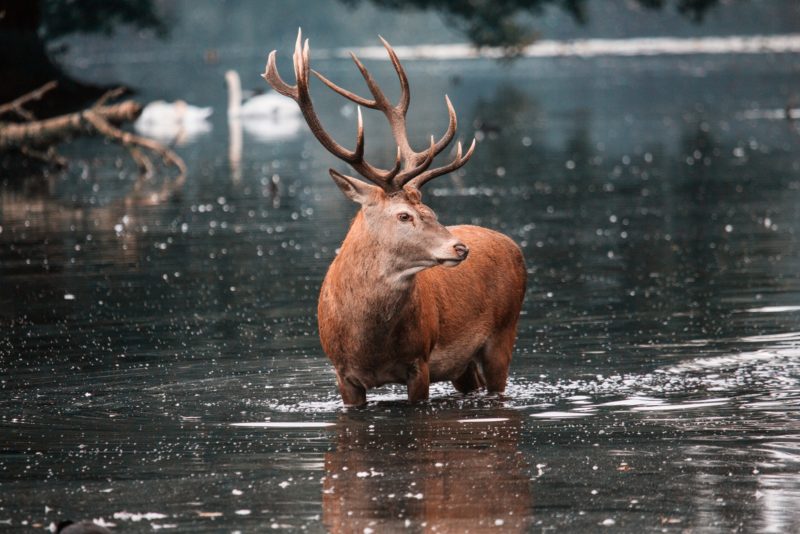 First up on our list of Pisces spirit animals we have the majestic deer.

Here are some of the most prominent shared traits that link the deer to the sign of Pisces:

Shy-sensitivity. Deer are linked with Pisces due to their shared sense of vulnerability in the world. Pisces and deer are both shy, withdrawn, and highly sensitive to physical and psychic threats.

They both prefer to avoid people with abrupt or unsettled energy and open up to only those with a quiet, calm, and gentle approach. Pisces people, in particular, can feel overwhelmed by the discord in the world.

Compassionate. With all of that sensitivity comes strong intuition and empathic ability. The deer and Pisces live in the in-between, more energetic than physical.

They radiate goodness, warmth, an instinctual sense of healing, and well-timed acts of nurturance. A deep feeling of safety resonates through you in the presence of a deer or Piscean person.

The ability to navigate challenges with grace. In an ideal world, the deer and Pisces could remain fully immersed in their hyper-sensitive Beings and not have to face the harsher state of the world around them.

But, like all animals, we must adapt to the rawness of the world. Luckily for both Pisces and the deer, they know how to leverage their sensitivity and intuition in a way that enables them to confront life’s challenges artfully and with grace.

They’re both highly vigilant, adaptable, and able to trust their keen instincts to avoid even the most tricky situations.

Family-mindedness. As just living their life can feel painfully exposing at times, both the deer and Pisces know to rely on safe familial and group connections to keep safe and feel nurtured. They’re highly prosocial and know how to foster strong bonds, which helps them nurture their souls and feel protected.

Ungraspable. Deers and Pisceans radiate this mystical and unattainable quality. There’s a sense of them being in touch with life’s mysteries in a way that most other beings in nature don’t have access to.

There’s this inner warmth and innocence in them that feels both deeply calming and incomprehensible at the same time for most people.

Related: 7 Clear Signs that a Pisces Man Likes You 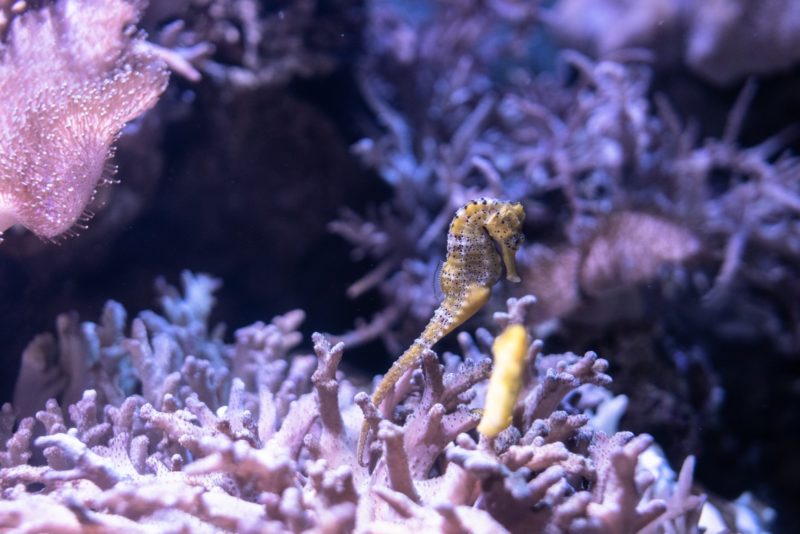 Next up on our list is the rare and seemingly otherworldy sea-faring seahorse.

Here are some of the traits shared by Pisces and the seahorse which make them the perfect spirit animal pair:

Protectiveness. Pisces and seahorses both put a lot of care and attention into protecting those who are vulnerable, especially when it comes to family or those that matter to them the most. As a spirit totem, the seahorse appears in people’s lives when they are confused or lost. This animal bridges the physical and spiritual realm gap and brings harmonizing protection. Pisces is very similar, as their nurturance is deeply protective on a soul level.

Self-paced living. Seahorses and Pisces people bring the power of patience and calmness to a busy world. These beings show that it’s possible (even ideal) to lead a quiet life despite all the chaos in the world. Through them, it’s possible to see that we don’t need to succumb to worldly pressures and can instead tap into our own intuitive pace. They teach us that following our own paces instead of appealing to others’ demands brings emotional clarity, sharper decision-making, and a groundedness that can hold all of life’s energies.

Persistence. Pisces and seahorses might seem like oddities to the rest of the world, but they are persistent and focused in their own unique ways. They’re flexible and know how to adapt and pivot their approach whenever the circumstances require it.

Vulnerable. There’s potential for a deep sense of insecurity in each of their hearts. They are both fragile and live in harsh environments that require them to always be on guard. In response, they both work hard to take advantage of safe harbors, which allow them to tap into their soulful, dreamy insides.

Related: 5 Ways to Get a Pisces Man to Chase You 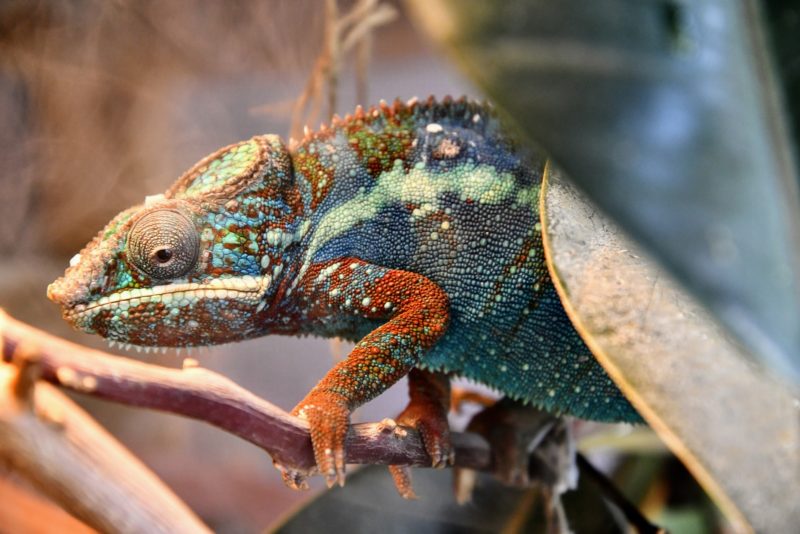 Next up on the list we have the metamorphic chameleon.

There are several associations that this animal has with Pisces, below are the most prominent links these two share:

Transformative. Both Pisces and chameleons activate awareness around intuition and psychic phenomena. They tap into new abilities to adapt, transmute and apply their adaptations ingeniously.

They’re both hyper-attuned to their environments and leverage their unique forms of protective camouflage to remain safe and protected. They also transmute deeper tensions and frustrations in a way that allows them to be lifted and healed.

Elusive appearances. Pisces is the hardest to pin down out of all the zodiac signs. They’re the last sign of the zodiac and have a little piece of all the signs that came before them.

They can be masters at camouflaging themselves and concealing their true identities, just like the chameleon. Sometimes people can know exactly what a Pisces is up to, and other times they’re left entirely guessing.

Their ability to hide enables them to remain autonomous and avoid manipulations by others with manipulative wills.

The trouble is when people who Pisces wants to connect with overlook or ignore them, leading them to develop feelings of disappointment, unhappiness, and dissatisfaction.

The world is dynamic, and environments are rarely truly secure, but these two show the power needed to respond to changes appropriately.

The chameleon and Pisces show us how to avoid confrontations and conflict, all while creating peace and harmony in the community. 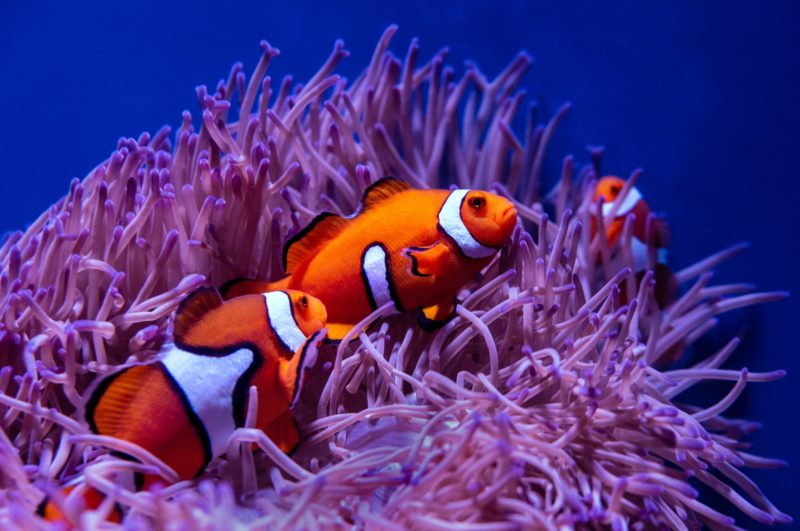 Next up, we have Pisces’ own zodiac symbol, the fish! This symbol shows two fish swimming in opposite directions, representing the duality and conflict that Pisces often feels as the last sign in the zodiac.

Here are the traits that make the fish and Pisces a perfect spirit match:

More than meets the eye. Like Pisces, fish can be beautiful on the surface. But there’s always much more to them inside their rich, oceanic depths. They hold big hearts, deep empathy, and gracefulness. Rarely, though, is one able to reach their depths.

Hard to grasp. Fish are, of course, difficult to get ahold of in the literal sense. Their wet, slick, and tough to hold onto. In comparison, Pisces is more slippery in the metaphorical sense. Both can disappear and reappear on a whim, both in the physical and metaphysical sense.

They can conceal things from the surface and step away from situations that don’t serve them with ease. Self-preservation is a crucial focus for both of these creatures.

Going with the flow. Life has powerful currents, which both Pisces and the fish know how to give into and ride into new chapters entirely. There’s a deep trust in these watery beings, which provides them with an enviable skill of adaptable easygoingness.

So long as they’re in a safe school of other fishies, these two will travel great distances and cover vast swaths of territory in search of sustenance.

Difficulty with assertion. The downside of going with the flow too much is that Pisces (and their fishy counterparts) can get pushed around in situations. There are a lot of people-pleasing tendencies in Pisces, as they fear confrontation and reflexively fawn to avoid conflict.

They can benefit greatly from learning to stick up for themselves and protect their energy by erecting boundaries and stopping others from taking advantage of them.

Related: 5 Tips to Get a Pisces Man to Miss You Like Crazy 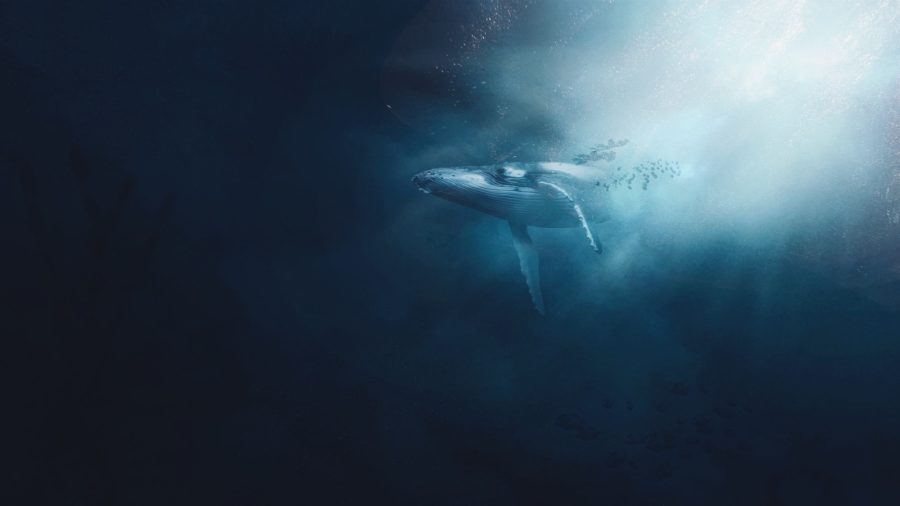 Last on our list; we have the seemingly timeless and spiritually potent whale.

These hulking yet peaceful oceanic leviathans represent many Piscean traits. Here are some of the most potent characteristics that they share with Pisces:

Self-isolating. Whales and Pisces both embrace solitude. Instead of conforming to the business of the animal worlds they live in, they choose to wander the depths of their internal landscapes and whatever isolated physical landscapes they’re able to find, as well.

While overall nurturing (whales are great parents, like Pisces), they can also get lost in the worlds of their own making and lose touch with what’s happening in the world at large.

Awe-inspiring. Even though whales are massive, their dominating stature doesn’t stop them from being shy and cautious. Pisces, too, possess depth and immense untapped power yet remain shy and easily overwhelmed much of the time.

They may choose to stay elusive and hidden. Still, both the Pisces and whales hold undeniable magic, which the rest of us can’t help but be amazed by when we witness even a glimpse of their soulful vastness and mastery of deep watery consciousness.

There you have it, five Pisces spirit animals that deeply connect to the sign.

Remember that this list is not exhaustive and that Pisces energy covers a wide gamut of expression. While the animals listed are generally more passive, some associate wolves with Pisces spirit animals.

There’s also a strength and tenacity to the Pisces that many don’t perceive unless they glimpse a Pisces feeling threatened and entirely in protective mode.

What do you think of the zodiac signs on this list? As a Pisces, do you find that these animals resonate with you? Or do you have another Pisces spirit animal we left off the list? Let us know in the comment section below!