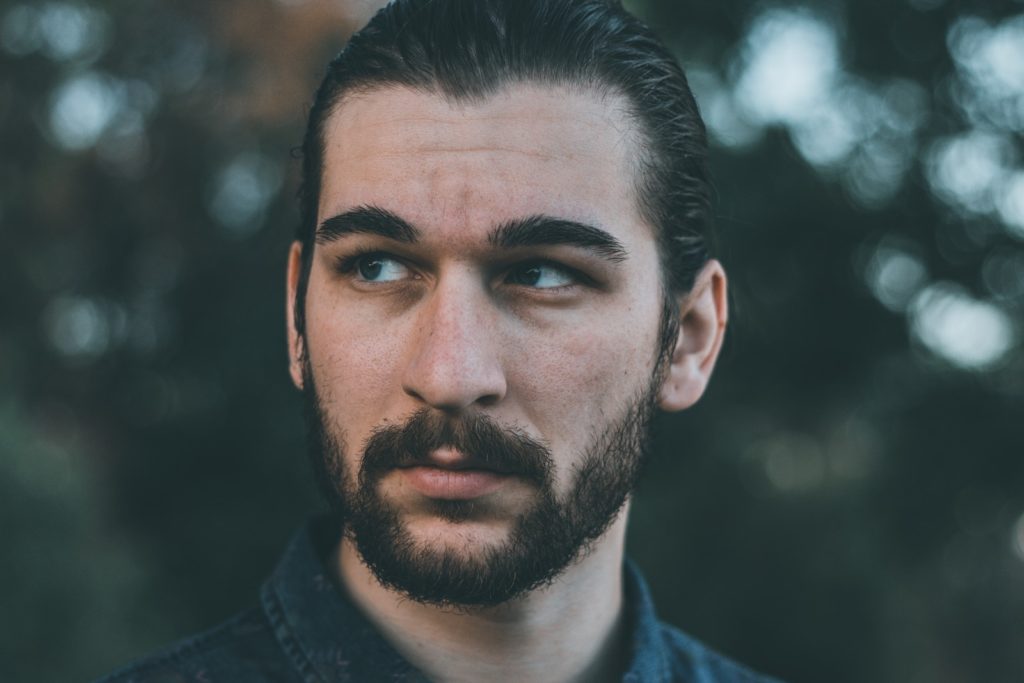 Are you enthralled with a new Aries crush and want him to miss you more so he chases after you? Or, did you and your Aries partner have a falling out and you want him pining for you again?

No matter your scenario, this post is for you. I’ll be deep-diving into the strategies you can use to capture an Aries man’s attention and get him thinking about you constantly.

Whether you’re looking to rekindle things or start a new flame, I’ve got your back.

Follow the steps below, and you’ll have that Mars-ruled man running in your direction in no time.

Aries is a man of action and he wants to be with a strong, self-driven woman.

To get him missing you, you want him to feel like he’s with a badass woman when he’s around you. Someone he looks up to and wants to soak in. Someone who shines brighter than those around them.

Here are some traits you should double up on that will drive him wild:

Practice deep, self-focused action-taking. Aries is turned on by people who take action in life and are a force to be recked with. So spend time taking care of yourself. Do things you like to do, be around the people you enjoy, and chase those desires that improve your mood and make you feel amazing. As an impulsive, self-focused sign, these are qualities that he aspires to embody. Seeing them in you will make him miss you whenever you’re not around. Yes, this is easier said than done. But you must avoid relying on his affections too much. Being self-driven guards against neediness and pulls him into you.

Dive headfirst into something you’re passionate about. Aries men love it when someone is motivated to accomplish their interests. These guys have are driven to compete and love to feel that competitive spirit with their partners. He loves people who excel at things and are better than those around him. It’s an instant turn-on for him to see you out-perform those around you at something. Just remember to focus on something you truly enjoy, not just something that you think would look good to him.

Be independent. You might miss him and are focused on wanting him to miss you, but it’s time to focus on yourself and what you want for yourself in life. Aries wants to be with a woman who has a clear sense of direction and shows some level of independence. This makes him feel assured that you’d give him the space he needs at times if you were in a relationship together. It also makes him excited to chase you. Remember, it’s hard for him to miss you if you’re clearly showing signs of neediness or dependence on his affections. He needs room to miss and chase you.

If you want your Aries guy to miss you, you’ll want to make him feel that being with you brings positivity to his life.

No one misses a person that makes them feel heavy, pressured, or down on themselves. Aries, especially, wants to be with action-oriented people that are playful and positive. People that like to spend quality time with themselves and with friends that share in good times together.

If you’re smiling a lot, being witty, and clearly having a good time while he’s around you, he’ll certainly be drawn to you and will start to miss you when you’re not around. Positivity is an aura that he can’t resist.

On the other hand, Aries men struggle to handle people with bad attitudes. He’ll quickly walk away from people and situations that he feels are dragging him down. If you’re constantly in a moody or needy mood around him, you can’t expect him to miss you or want to go on a date with you.

Neediness, in particular, is repelling and negative to him. He finds it pushy, and he dislikes feeling pressured. He wants to be intoxicated by an independent woman who he has to chase a bit. A woman who’s a playful, positive catch and never makes egregious demands for his affection.

To get him to miss you, you want to broadcast your humor and wit around him whenever you get the opportunity to.

Aries men are childlike and love to joke and play around. He wants to be with a woman who makes him laugh with witty banter and playful humor.

Fiesty Aries likes to infuse their play with healthy aggression. They want a partner who can challenge them on every level, and isn’t afraid to tease, prod, and even physically play-fight with them. This dynamic creates a thrilling roller coaster ride dynamic that these men pine for.

Related: The Aries Man in Bed: 8 Things to Know About His Sexual Side

4. Give him a lot of validation and appreciation

Aries men may seem extra rugged and tough, but underneath it all, they’re quite sensitive.

A woman who’s grateful for his efforts will stand out to him in a big way, and he’ll miss her presence when she’s not around.

They love to feel like a protector that’s making a large impact on their partner and friends. To get him missing you, it’s good to show him your appreciation whenever he helps you out or shows you that he cares in little ways.

The buzz you can give an Aries man through appreciation shouldn’t be underestimated. Make him feel stronger, more masculine, and in any way make his ego feel big, and he’ll miss you like crazy. Definitely complement his body, especially after a workout!

To take it to another level, help him grow his dreams. These men are ambitious and love embarking on new goals and journeys. Your encouragement fuels him. As a bonus, he’ll want to be your cheerleader, too.

Do this well, and he’ll want to make plans with you constantly.

5. Be as authentic as possible

With Aries, it pays to be as real as possible. Don’t put on a facade if you want him to miss your presence and do his best to keep you around.

The more genuine and honest you are, the better. You also don’t want him to catch you talking behind someone’s back. That’s never a good look to him.

He’s one of the few men that you can talk straight up with about your feelings. As long as you’re not needy, he’ll thoroughly appreciate your forthcoming nature. Honesty and directness really make him comfortable. He’ll reciprocate by sharing his feelings, too, which is great if you’ve felt unsure about where you stand with him. (Just don’t do this too early on!)

6. Keep him on his toes by being a bit mysterious

Aries men love a challenge. You can challenge him directly by being assertive and speaking up when he needs to be called out (he loves that stuff). But another potent strategy to attract him, particularly if you’re wanting him to miss you, is to play with some mystery.

The thrill of the trace invigorates these men, and your “come hither” mysterious side will have him champing at the bit if done right.

Aside from being a puzzle that he’ll have to figure out, being mysterious also gives him the space he needs to chase you. Men, of any sign, won’t be able to miss you if you’re constantly on their doorstep. How could they? They have no space to.

So, step back. Don’t feel in a rush to get him to miss you. You want to come across as calm and collected around him like you could take him or leave him. This will make him want to know what’s going on with you. Entertain his inquiries, but always keep a bit up your sleeve. Be vague when necessary. But again, never be fake or deceitful! Think playful above all else.

Do plenty of things without him. Weekends with friends, solo hobbies, etc. These guys really want to see you thrive as an individual. He’ll really feel the absence between you when you’re busy like this, and his heart will grow fonder.

You can be a little bit harder to reach, but don’t entirely ignore him for a long duration. He’ll feel like he’s being played or manipulated and will lose interest.

There you have it, six ways to get an Aries man to miss you and want more of you. Do them right, and he’ll be knocking on your doorstep in no time.

What did you think of the tips on this list? Do you have any others to share with us? Let us know in the comment section below.