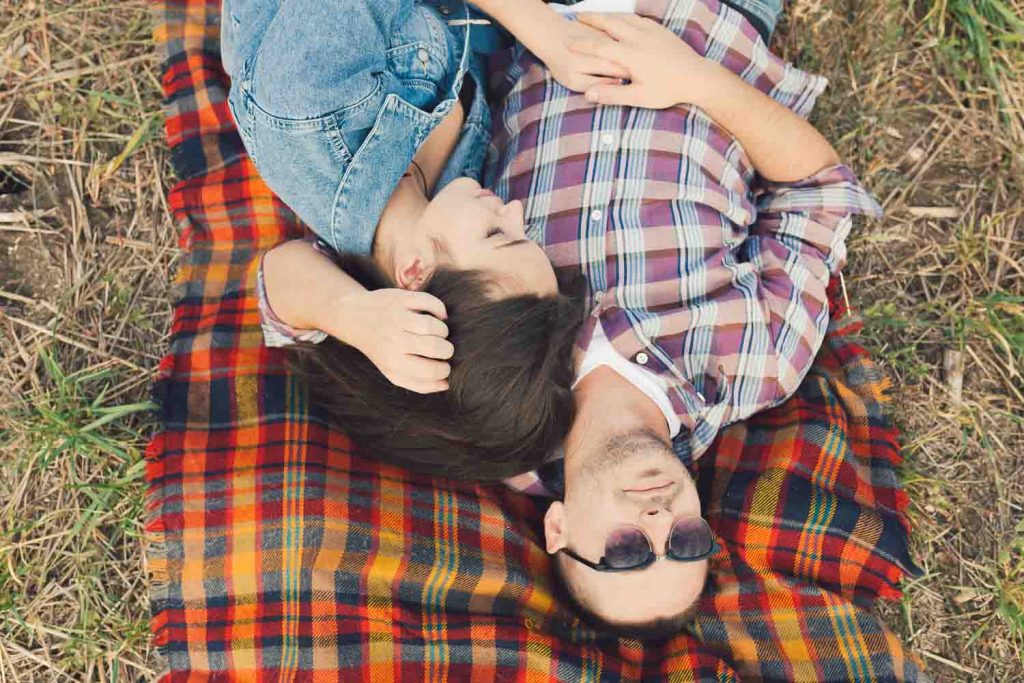 Both Taurus and Libra are ruled by the planet Venus, so you could be forgiven for thinking that this is a harmonious match made in heaven. To some extent, this is a great partnership, except that Taurus is a fixed Earth sign, valuing hard work and a certain dogged determination. Libra men, on the other hand, are a somewhat fluffy cardinal Air sign, their heads sometimes in the clouds, while Taurus women very much have their feet on the ground. That said, both Taurus women and Libra men love the finer things in life, like beautiful clothes, indulgent cuisine, and all the sensual pleasures that you would associate with two signs ruled by Venus. They are also both prone to a certain intellectual snobbery and like nothing more than setting the world to rights with long talks about politics, literature, and art and culture. Some other signs may find this deliberate show of intellect unappealing, but it is here that the Taurus woman and Libra man match excels. They won’t get tired of lofty conversation, even if the Libra man?s views tend to be more flighty than the deeply opinionated Taurus woman.

Libra men, ruled by Venus, believe in the value and sentiment of a great love story and will go some way to making this a reality for their mate. They like to spoil their partner on occasions such as holidays or birthdays, which the Taurus woman will enjoy, but they tend not to be the most spontaneous of lovers, so Taurus women should not expect great romantic gestures from their man completely out of the blue. That’s not really their thing. Still, Taurus women delight in a slow, steady, and reliable love match, so as long as he remembers important dates and lavishes her with affection accordingly, all will be well. Taurus women can also help to temper the Libra man?s tendency to have a wandering eye, providing him with deep affection and stability that will keep him devoted to the harmony of their union.

When it comes to the bedroom, this is a spectacular match, albeit not one given to wild nights of unbridled passion. Libra men can be predictable lovers which is fine for the Taurus woman, who is happy to explore her sensuality in a predictable way. Taurus women are naturally charming and sensual, and the Libra man will be memorized by her graceful presence and femininity. That said, it will be the Taurus woman who may want to spice things up on occasion as, for her, passion is an important part of a committed relationship and the Libra man?s rather staid approach to lovemaking may leave her wanting more. As long as he is prepared to turn up the heat a little bit, this will be a glorious time for both signs.

A Libra man will almost certainly have thought about the date and chosen the best location and activity, always in a beautiful setting. They are natural aesthetes, as are Taurus women, so flowers, candles, and great food and conversation will flow in abundance.

On a first date, a Taurus woman will almost always be immaculate and present herself well. Think witty anecdotes and intelligent conversation, which will go over well with the Libra man. Taurus women usually only work at one pace: their own, so the Libra man?s gentle temperament and lack of pushy behavior will woo her in a big way.

Taurus women are excellent at grounding a Libra man, whose head is often in clouds, as you would expect. He is an air sign after all.

Since they both appreciate aesthetics, this pair will love wandering hand and hand through art galleries or strolling in lush gardens taking in all the beauty of the natural world. They are also both keenly adept at social settings and are natural hosts, so entertaining together with good food and wine will be a wonderful shared activity.

Libra men can sometimes lean towards the superficial when it comes to money and shopping, and in this aspect the Taurus woman can prove an excellent mentor, reminding them of the value of hard work and of the importance of putting some money away for a rainy day. She will, however, encourage him to spend when it comes to her, so as long as the Libra man remembers to spoil her from time to time, the Taurus woman will overlook the majority of money matters.

Taurus women, for all their charm and grace, do also have an inclination towards stubbornness, and Libra men can find this lack of flexibility and often a rather robust voicing of opinions jarring. If they can find a way to compromise their views, then this is a match that can really go the distance.

Both signs also have a predilection to sweep differences under the rug, hoping to find a graceful and appropriate solution rather than confront issues head-on. Neither one likes confrontation, and while this can help avoid heated arguments over little things on the spur of the moment, both have a tendency to brood and allow things to fester, causing trivial matters to escalate, sometimes to the point of ending the relationship.

Jealousy is often an issue for a Taurus woman, and Libra men tend to be gregarious socializers who like to be on the move. As long as he can prove his commitment to her though, the Taurus woman will be a devoted and reliable partner that will help the Libra man find some much-needed balance. This is indeed a love match with potential, despite the slight issues that an Air and Earth sign duo can bring. The Taurus woman can do wonders for the Libra man by keeping him down to earth, and he, in turn, will inject a faster pace into her sometimes sedentary life. They will also have some great times in the bedroom, which will stimulate their emotional compatibility even further.

How to attract a Taurus woman as a Libra man:

Taurus women like stability, particularly in the form of financial security, so Libra men need to show they are serious and are up to the challenge of treating their partner like a princess. Taurus women are also not impressed by showy statements and unfulfilled promises but want a solid and reliable love match that is as grounded as they are.

How to attract a Libra man as a Taurus woman:

A Libra man will love to socialize, so the Taurus woman should find a way to embrace this as well. Taurus women have natural charisma in spades, but if they forget to turn on the charm it can lead to an overly brusque voicing of opinions that won’t go down well. Libra men appreciate the witty conversation, insightful comments, and diplomacy and tact, so make sure to dazzle him with your social skills.