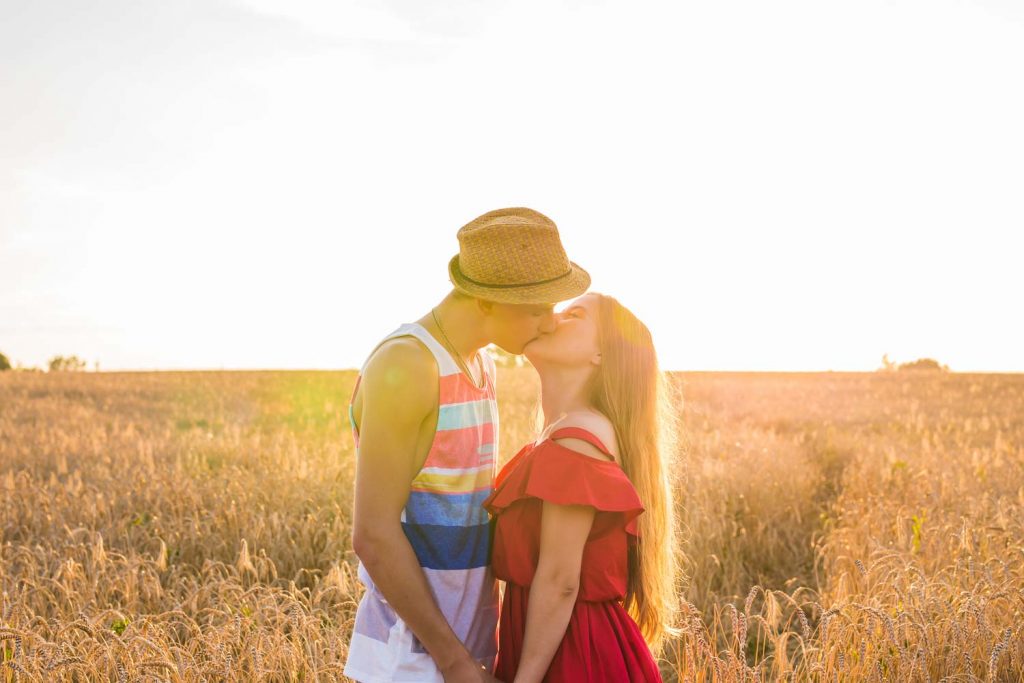 Stranger pairings have worked, perhaps, or perhaps this is simply one of the most difficult pairings of all the zodiac signs. Stability might not be this couple’s forte, and for a Taurus woman who craves this more than almost anything else in a relationship, it is not an auspicious start for the Bull and the Lion.

Despite this, the very fire that means that this relationship is often doomed to failure is also what first attracts the Taurus woman and the Leo man, but as ever with fire, this pair should be careful not to get burned. Mentally, both these signs are stubborn and hotheaded when pushed, and both will dig their heels in when they think they are right, which is usually most of the time.

Backing down is not a strong suit for either of them, and it’s important to remember that these are both fixed signs, so being set in their ways and in their way of doing things is a given. They can even be so unwilling to crack that neither one will want to be the one to break things off, leaving them in an unhappy union long after someone should have called time on the whole thing!

Related: What Sign is the Best Match for Leo?

These two are egotistical, stubborn, and belligerent when angry, but the fixed nature of their signs also means that they are both incredibly loyal individuals, and this will be something that emotionally binds them even when times are tough.

The Taurus woman and the Leo man are affectionate by nature which means that they will enjoy spoiling and doting on each other, so when things are going well they are often pretty sweet, until trouble brews and it’s time to stand well back.

The Leo man is known for being a spectacular lover, and for having a natural animal magnetism that one would expect from the King of the Jungle. When it comes to sex this is indeed a combination that works, as the Leo man is very eager to please his partner which will go over well with the Taurus woman who likes to be seduced.

Related: Why are Leo People So Good in Bed? The Leo man is well known for being showy, so expect him to take you somewhere impressive that feeds into his desire for luxury and success. In order to please him, the Taurus woman needs to wonder at the opulence of the date, and vocalize how impressed she is with his choice.

The Leo man is also something of a loudmouth and a show-off, so don’t expect him to hide his light under a bushel. It will be quite the opposite in fact, so prepare for long success stories as the night progresses.

The Taurus woman also has an egotistical side which can be prodded by the Leo man, meaning that a first date may become something of a performance. Both of these signs have a habit of painting the town red when they get on a roll, so it’s not presumptuous to imagine that the date will go on into the wee small hours as the party keeps on going.

To be honest there aren’t too many of these, or if there are they are things that can be found more deeply with other signs. The Taurus woman and Leo man are both family orientated which is a plus, and will be committed to raising children together and forming a cohesive unit.

They are also both stubborn which can transform itself into an amazing amount of sheer grit and willpower, so these two can move mountains when they want to, in a shared business for example, or taking on a shared problem like a troublesome landlord.

Related: 9 Clear Signs that a Leo Man Likes You

When it’s bad for the Taurus woman and the Leo man, it really is incredibly difficult, as the Leo man is proud and imagines he is in charge. Unfortunately, in picking a Taurus mate, he has chosen someone who won’t be bossed around under any circumstances, leading to instant and explosive stalemates when both partners want to get their own way or lead on a project or decision.

The Taurus woman is known for being placid, but this is up to a point, and once you cross that threshold and truly anger her she can be the most brutal opponent of all the zodiac signs. When things don’t go well, expect shouting matches, tantrums, and plenty of drama.

There is a strong romantic vibe that resonates in this duo meaning that things can work out well, at least for a while. This is especially true if the Taurus woman can manage to let the Leo man make some showy gestures and lead a little in the relationship, without which there is little hope of this lasting.

Whatever happens, this will not be smooth sailing, as the Leo man can be unpredictable and slightly erratic in nature, coming on strong and then retreating as the mood takes him, which will baffle the Taurus woman who is almost always on an even keel.

How to Attract a Taurus Woman as a Leo man:

If you are not truly interested in pursuing a relationship with a Taurus woman then you had best give up now, because she is only looking for someone serious who is going to go the distance.

If you are looking to make this a long-term commitment, then make sure to tell her that and make an effort to demonstrate that you are taking this seriously. Also try to appeal to her love of fine dining, fine wines, and generally all the finer things in life.

How to Attract a Leo Man as a Taurus woman:

Leo men love to be adored, so you need to put him on a pedestal and make sure he knows that he is up there. He is going to expect loyalty from you and is pedantic about losing face in front of others so make sure you have his back at all times and he will repay you in kind.

Also, make sure to be open and honest with him. What you see if what you get with a Leo, so don’t leave things unsaid assuming that he knows what you are thinking.