The Gemini Man in Bed: 11 Things to Know About His Sexual Side

Gemini men are the sly, seductive children of the planet Mercury. Their easeful style of romantic pursuit puts women at ease, and his playful roguishness and charm make her feel no qualms about giving herself over to him.

While it’s easy to recognize Gemini’s prowess in getting a woman to slip out of her dress for him, how does this man stack up in the sexual department overall?

Buckle up, and prepare yourself for an engrossing deep dive into the sexual nature of the Gemini man.

1. How important is sex for a Gemini man?

Gemini men are incredibly cerebral. They always have a million things zipping through their mind, and you can bet that many of them involve sex and seduction. The mind can be the most potent erogenous zone, after all, and Gemini’s mind is finely tuned.

Most of the time he would be quite happy to act on those sexual thoughts daily. He’s proud of his knowledge in all areas, sex included, and he’s eager to showcase what he knows.

Gemini can go without sex for long stretches if it’s not front and center in his mind. But if his current preoccupation is of a sexual nature, you can bet that he’ll want to dive into the act on a frequent basis.

2. How long do Gemini men prefer sex to last?

A lot of Gemini guys like sex to last for about an hour, plus 30 or so minutes of foreplay. They’re also open to quickies – especially when they happen spontaneously in out-of-the-way places.

Because Gemini men are built with a wirey nervous system, they often struggle with premature ejaculation. Sex can come to a quicker conclusion than they or their partner would like. This may be a common occurrence when he’s with someone new, as Gemini is prone to becoming hyper-stimulated.

If he’s able to calm down and take things slow, he should be able to find a rhythm and last longer. And if he’s unable still, Gemini is usually ready for a second round pretty quick after the first.

He’s also quite adept with his hands and fingers, so he should be able to leave his partner satisfied no matter where his stamina lands him on any given day.

He benefits from having a partner that can help him ground and relaxed his frenetic energy. Though it can be easier said than done.

These guys might not be the biggest kinksters in the zodiac, but you’ll never find a Gemini that’s flat-out bland, either. Geminis pride themselves on their adaptability and openness to trying anything new at least once.

The best descriptor for Gemini’s sexual range is experimental. He’s open to having sex in a wide variety of locations. He’s very tactile, so all sorts of sex toys and bondage tools may excite him. He is a master of sexual fantasy when his motor is revved up.

He loves getting overwhelmed by novelty. Group sex can have a huge appeal for him.

Dominating and occasionally being dominated appeals to him as well, though he’s not a huge power dynamic guy innately. But he loves to play out roles, and being dominant can help him compensate for any feelings of sexual inferiority he might have.

He’s very open to experimenting with his partner’s kinks. He’ll usually try to suss out yours quickly so you can explore them together. He’ll try anything once, as he loves to collect new experiences. He’s not one to bite on anything too depraved for very long, though. If he doesn’t find something interesting, he’s unlikely to repeat it again, unless his partner is really for it.

Note that Gemini is not big on being restrained himself. Gemini likes freedom of movement, so bondage that’s focused on him is usually not up his alley. Nor are other sexual acts that make him feel restricted or smothered.

Playfulness. These guys are the most sexually playful sign in the zodiac. Gemini is great at creating an atmosphere of excitement and he loves to play the trickster. Any sort of games between the sheets light him up. Lightheartedness is, of course, at the center of it. He loves mind games, but never in a coercive or power-hungry way.

Lighthearted, upbeat positivity. Yes, I’ve touched on this with the emphasis on playfulness. But it really must be expanded on. A woman with an intelligent wit combined with a positive, upbeat attitude is his Achilles heel. He melts for them.

A steady stream of racy digital communication. Using sexy dialogue as a prelude to hooking up is a perfect strategy for turning this man on. As long as your vibe is light and non-needy, feel free to barrage him with titillating DMs from a variety of platforms before you meet up. Get his imagination going as you preheat his arousal with the written word. He’ll love it.

Good bedside banter. Gemini won’t check his desire for engaging conversation and witty exchanges at the bedroom door. This is the sign of communication you’re dealing with, and he likes to bring his chatty nature right into the sheets.

A stimulating conversation can feel almost as good as being physically intimate for him, so he thinks; why not combine them? If you want to really get him going, drop into some talk-focused role-playing fantasies. Your voice can be a major turn-on for him.

Variety. It’s true that Gemini men bore easily. If you want to ensure his arousal, keep him guessing, waiting, and wondering a little. Spontaneous, unpredictable sex is his favorite kind. And is very important to sprinkle into a sex life that’s become slightly routine. If you feel his passion waning, take him on some adventurous sexcapades and he’ll start to feel reinvigorated.

Stimulation from all angles. While sex itself is stimulating enough for most people, Gemini likes to feel all octaves of his senses saturated during the act. All types of background noises appeal to him. Music, the sound of rain, or conversations from a street or nearby room will keep him mentally engaged the way he likes. Silent sex does not appeal to him. Taste and aroma excite him, too. And of course, visual stimulation, like a partner’s near-nude body draped with sexy lingerie.

A bland or overly serious disposition. To be turned on, he needs a partner who can hold up her end in conversation. She must have something to say, possess interests, and bring humor of her own to the dynamic. Being able to enjoy a good discussion is just too important for this man.

Heavy sexual inhibitions. He’s not into women who are sexually uptight. She must at least be willing to discuss her hang-ups and ideally possess a  willingness to try to move past some of her inhibitions.

Slowness. A quick mind, a quick body, and a quick tongue are essential qualities that he wants in a sexual partner. If someone speaks slow or takes a long time to heat up sexually, his interest will fade fast.

Inflexibility. A partner who’s fussy about plans and keeps a rigid schedule does not appeal to him. He’s all about taking advantage of the moment.

Clinginess. Gemini men are repelled by needy people. This type of insecurity spooks him, as he fears losing his autonomy. He’ll be relatively open with his sexual partners, but he doesn’t like to go too deep or get too enmeshed.

Lacking an edge. Gemini won’t be turned on by someone who’s excessively wholesome or naive. While sweetness attracts a lot of guys, Gemini prefers a bit more bite.

Neglecting physical appearances. Gemini guys can be a bit superficial with physical looks. He’s turned on by partners that eat well and take care of their bodies.

His attentiveness. He might be a bit of a space cadet at times and a distant lover. But sexually, he dials it in. His ingenuity and tactile prowess shine in bed.

His skills with his tongue and hands. Gemini rules the hands and mouth, and he derives massive pleasure from employing them in bed. You won’t be able to forget this fact after experiencing him having free reign over your body. Ask him to use your favorite sex toy on you, and you’ll fall in love with it all over again.

Gemini men can have nervous dispositions and are not the highly aggressive type. Nevertheless, he’s pretty suave at leading a relationship into the sexual arena. As soon as he recognizes your willingness, he’ll initiate sexual touch.

When he wants something, his impulsiveness carries him into action. Yet some Gemini men, upon initiating touch, will struggle to move past slow caresses. These men often rely on their partners to progress things further.

More so than a lot of other men. Gemini is a variety-loving sign. He loves to experience women from all walks of life. These men often like their bachelor status and can engage with a lot of women that they’re not that enamored with, in part so he can guard against falling in love.

And yes, for some Gemini men, he’ll have a hard time keeping it in his pants at even the slightest show of interest from a female, despite long-term commitments.

9. How important is the sexual environment for Gemini men?

He’s not hugely affected by the environment, but he’s well aware of how it can heighten his pleasure. He knows how to employ lighting, music, and mood.

If he is feeling picky, the soundscape is probably the most important aspect to him. He loves the hum and engaging element of background noises.

He’s pretty much down to have sex anywhere, though. Sometimes he’ll get off on the thrill of potentially being caught in public places.

10. How well do Gemini men communicate their sexual needs?

This is typically an area of strength for Gemini, as communication comes easy to him by nature.

Expect him to ask whether you like this or that, or if you have a better idea. He’s also good at gesturing as a communication device. He’s uninhibited with groans and moans, and will express pleasure when his partner is doing something satisfactory.

Sometimes he doesn’t know what he wants (he’s a mutable sign), and it’s good for him to have a partner that will take action and give him a break from the decision-making process.

11. Are Gemini men big on cuddling and sexual after-care?

In-depth feeling is not his strong suit, which is something more sensitive partners have to accept. For water signs that appreciate silence after lovemaking, Gemini can take some getting used to.

So, what do you think? If you’ve had sexual experiences with a Gemini man, how do they stack up to the descriptions in this article? We’d love to know! Let us know in the comments below.

The Gemini Man in Bed: 11 Things to Know About His Sexual Side 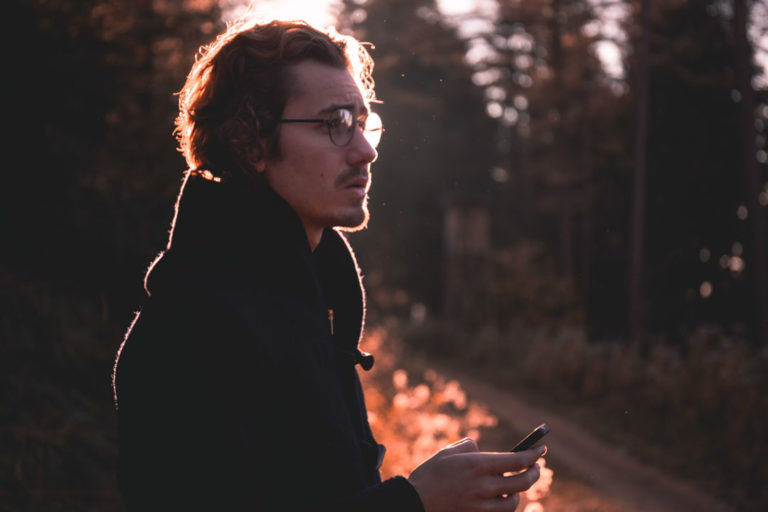 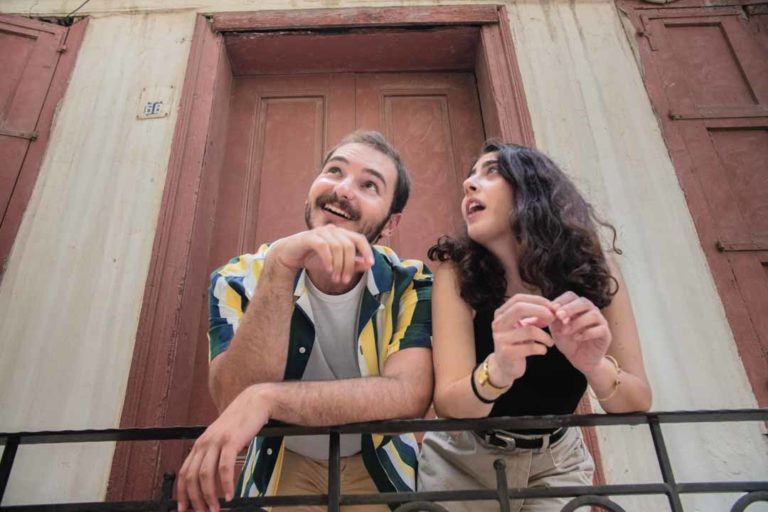 8 Clear Signs a Gemini Man Likes You (Is He Interested?) 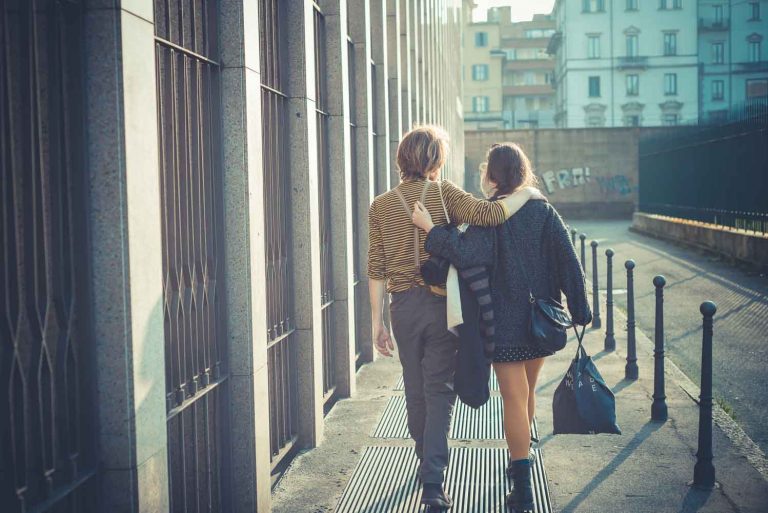