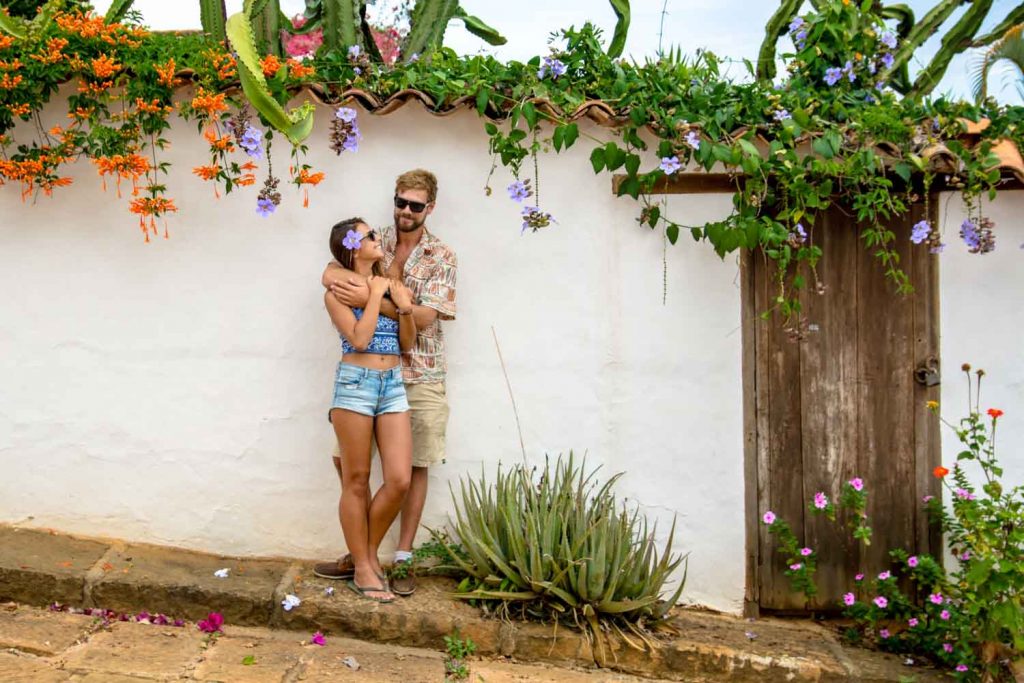 Dating the hard-to-read Aquarius can be challenging and confusing (unless you understand him well).

He leaves many potential suiters in the dust, scratching their head wondering what the hell just happened. Was that actually a date? Was he even into me at all? But he was so flirtatious…

He has a complex persona and it takes skill to understand him enough to successfully attract him.

But understand (and attract) him you will.

This guide will teach you all the ins and outs of dating an Aquarius Man.

Note: maybe you didn’t come here to seduce him and are just curious about what he’s like to date. No worries. You’ll still get the information you’re looking for:)

When it comes to dating the Aquarian man – friendship first always works.

He’s not a traditionally romantic sign, but real friendship is incredibly important to him in love. Establishing platonic compatibility should be your first priority when working to build a romantic connection with him.

Your bond should never be rooted exclusively on romantic feelings. Lust and romance without friendship will leave you on shaky ground with him. Your connection must be able to stand on its own with or without the romantic sentiments.

He doesn’t reveal his emotions easily and rarely jumps straight into doting affection like other signs. So don’t be in a rush to get the romantic juices flowing. Give the more lighthearted vibes room to breathe initially.

Start by basing your connection on friendly (but deeply involved) conversations and pleasant shared experiences. The structure of your relationship will build as you exchange ideas and intense conversation.

Over time he will build confidence in your relationship and it’ll be time to step up the heat. Then you can more easily turn companionship into passion.

Note: this doesn’t mean you should avoid getting physical or lusty with him early on. Follow your heart. Just be wary of relying exclusively on a sexual dynamic if you’re wanting to build something deeper.

2. Adjust to his romantic style

Dating and relationships are all about adjustment.

We’ve already established that friendship is the first key to the Aquarian man’s heart.

Here are some more key things to focus on to help you navigate his style of loving:

Avoid constant communication. This guy doesn’t need to talk all the time and he’s not the best at providing consistent attention. This is true even when things are going well. So don’t sweat if he’s not texting you back right away. And definitely don’t double text. He’s repelled by pressuring or needy behavior (more on that later).

Drop the drama. Aquarian men aren’t dramatic and don’t like to be around people who are. So check any melodramatic tendencies you have at the door. If you don’t, he might just tune you out.

Mirror his Romantic modesty. Aquarian men usually aren’t highly expressive or declarative in love. You won’t hear many I love you’s and deep romantic expressions early on. He’s also rarely into PDA. Though he may be romantic and affectionate behind closed doors.

Understand his emotional style. Aquarian men tend to hide their emotions under a cool, calm collected guise. He can come off a bit guarded at times, either being sarcastic or aloof. He can be offish or indirect when talking about emotions. He finds it overbearing when other people experience strong emotions, like tears, anger, frustration around him. He just doesn’t know how to handle them. When feeling strong emotions it’s best to try to approach it rationally with him if you have to talk about it. Then he can hang. Problem-solving through talking is the way to his heart.

Methodically work to earn his trust. Aquarians are big on trust and need it to open up romantically. Loyalty is big. Honesty is big. You must wait patiently until he’s ready to open up to you. Even if he does catch feelings fast he might hold back showing them to you. He takes a long time to say he likes or loves someone because he needs time to bring down his tall emotional walls.

3. Know and respect the things that he values

The Aquarian men of the world are individualistic and each one is uniquely themselves. Nonetheless, there are standards of values that are shared among most Aquarian men.

The following are important values he likely holds that you should be aware of as you date him:

He’s big on community & humanitarian efforts. Aquarian men are good-natured and strive to work for the greater good. He is particularly drawn to group causes. When dating an Aquarian man it’s a good idea to emphasize your own good-natured side. Working towards a greater good together will attract him and bond him to you.

He prizes alone time. Independence and solitude are important needs for the Aquarian guy. Allow him plenty of alone time. Even encourage it. Trust me, it will make him feel good and happy with you.

He prizes intelligence and mental pursuits. He’s all about learning, broadening his horizons and introducing novel and insightful wisdom into the collective mind. He loves a partner who can talk smart with him. So be as interesting as possible when you speak. Listen closely when he talks and explains things, then share your input. If he doesn’t feel mentally stimulated by you, he will grow bored. Constant small talk is the quickest way to create this effect.

Romance may not be his #1 thing. Personal relationships are rarely an Aquarian’s number one priority. He might prefer to not get caught up in the romance and avoid only focusing on you. His focus is broad by nature. It’s just how he is.

Needy/clingy vibes are the quickest way to get an Aquarian man to want to turn the other way on you. Codependence cramps his style and blocks his flow. There’s probably nothing more he dislikes.

I know, it can be hard at times to not grow frustrated and want him to be closer, especially when he’s aloof, drops plans, or chooses to spend time with other friends.

But try not to take it personally. He’s like that with everyone in his life. He’ll even ghost his best friends on occasion. He needs independence. He wants to be in a relationship that allows him to go off and do his own thing on a whim.

He’s a free bird, so treat him like one. Better yet, mirror his independence with some of your own. Ironically, he’ll probably like you more if you play aloof yourself some of the time. He wants an independent partner.

And remember, he doesn’t require constant communication. He probably won’t like it if you want to maintain a regular check-in schedule. He needs to be able to drop off the map from time to time.

5. Embrace your quirky side

The more fun and eccentric energy you throw at an Aquarius guy the more you’ll get back in return. Which is a good thing, because he’s hilarious, quirky, and fun when he feels free and accepted.

He might be a grown man, but he doesn’t want to grow up. He doesn’t want to be normal. He wants to be unusual, weird and visionary. And he wants a partner to play with in this carefree, life-loving way.

So emphasize any unique, uncontrived, imaginative, creative and eccentric qualities that you have. Not only will he accept you, he’ll deeply appreciate you.

6. Grip his attention with a mysterious and complex persona

It’s important to reveal yourself slowly when dating an Aquarius man. You always want to always keep him on his toes.

Because he needs to learn you slowly or he’ll grow bored. He’s complex and wants a partner of equal complexity. He wants to figure you out, but not all at once. There’s no fun in that.

He loves puzzles of any kind. And a romantic partner provides him with that perfect someone who’s an enjoyable puzzle to solve. So be that puzzle.

Enhance the effect by being intentionally mysterious. Be a bit aloof. A bit coquettish. Talk about grand things. Never banal. Something deeper and unknown.

Do this right and he will be absolutely hooked on you.

You’ll be in for more than a few surprises when dating an Aquarius man.

His ruling planet Uranus provides him with constant bursts of insight and a volatile flair to his emotional nature.

So do your best to prepare for the unexpected. Be ready to be kept on your toes. This won’t be like your standard dating process. Things might get weird. The more you prepare yourself for that, the more easily you’ll handle things.

Aquarians can be scared to love, but they love hard when they do.

If you play things right when dating him you might very well be one of the rare and lucky ones to crack open an Aquarian heart and enjoy all the stable bonding that a fixed-sign like him provides.

Let us know your opinion on this article, plus any experiences you’ve had of dating an Aquarian man in the comment section below!

2 thoughts on “Dating an Aquarius Man: 7 Essentials Things to Know”