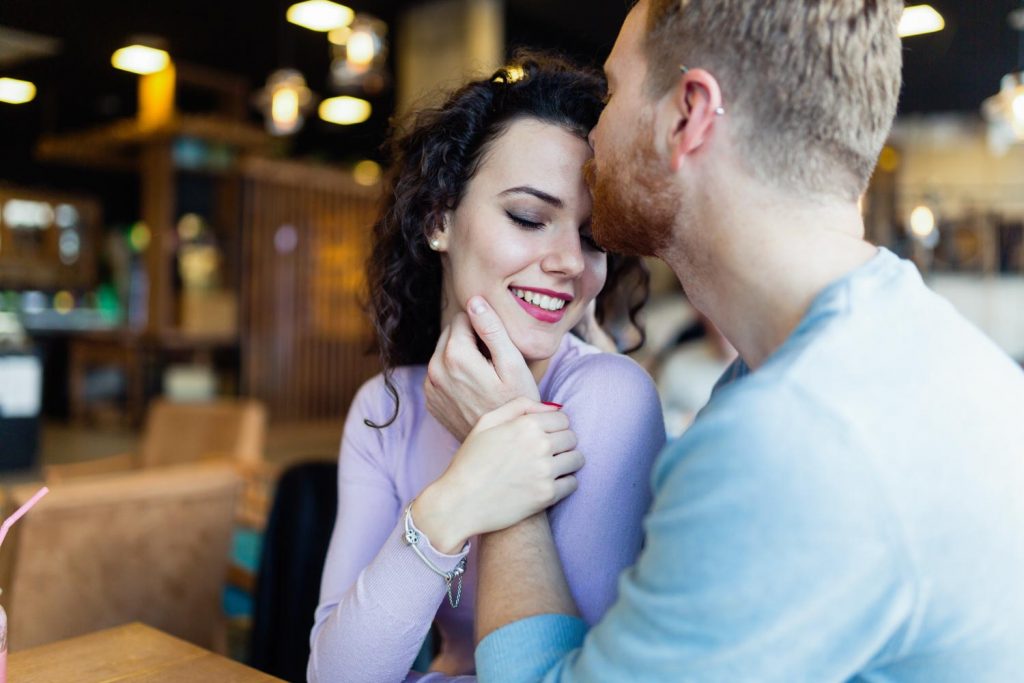 The Taurus woman and Cancer man are a delightful combination and are most compatible when it comes to finances and home life. Of all the possible zodiac combinations for a Taurus woman, this is perhaps the most classic, and this pair is reminiscent of childhood sweethearts who have stood the test of time and demonstrate a sweet, innocent, and rather classic form of love. Both the Taurus woman and the Cancer man adore tradition and can be sentimental in nature, which means that these two revels in sweet romance a belief in love, family, and a devoted union. Both signs also crave a harmonious family, and a big part of their staying power can be put down to their attention and devotion to their home life. The Taurus woman and the Cancer man are also known for their natural affection and nurturing nature, so the idea of a stable and long-term mate and home will thrill them, and they will put down roots with the intention of staying the distance. When it comes to money, both of these signs love to save for a rainy day, and a Taurus woman and Cancer man will have no problem sorting out joint savings plans and feathering their nest with the profits.

If the Taurus woman and the Cancer man embody anything it’s the notion of classic, old-fashioned sweetness. They adore nothing more than cuddling up under warm blankets together and watching a stunning sunset, and they revel in all shades of domestic bliss, be it decorating their shared home, to hosting parties for their mutual friends. This pair also works so well as they enjoy the same kinds of activities such as cultural events, music, and of course food, so there is much to keep them occupied together. They are both warm and engaging people who like affection and are not holding out for empty but grand gestures (the Taurus woman, in particular, is not attracted to this at all), and so they are very much on the same emotional wavelength, one focused on commitment and lasting love.

Both of these signs will get along well in the bedroom, as sex is an important aspect of a relationship between the Taurus woman and Cancer man. They are also both comfortable in their own skin and enjoy the sensual side of lovemaking without the need for fireworks, so while this may not be the most exciting of pairings, they will enjoy a stable and contented sexual relationship that will buoy up the rest of their shared interests. Aside from sex, this pair is also deeply affectionate so there will be an emphasis on hugging, kissing, holding hands on romantic walks, and gazing into each other’s eyes.

The Cancer man is well known for liking food, so it would be a pretty safe bet to expect him to take the Taurus woman somewhere nice for lunch or dinner, after all, she loves to eat too! Cancer men are sweet and sensitive, so expect him to be gazing into your eyes or wanting to hold hands and snuggle up on the sofa with you early on. If anything, the Cancer man is one of the most affectionate signs of the zodiac, so expect him to be a big sweetheart who will be endearingly earnest about getting to know you.

The Taurus woman is not at all attracted to fancy displays of affection, flashy gadgets, or empty gestures, so expect her to be interested in you on a first date only if you can prove to her that you are serious about a shared future. Taurus women are also usually warm and engaging, so first dates will go swimmingly as she will hold up her end of the conversation, as well as listening attentively to all that you have to say.

These two have a lot going for them and in many ways are a classic match, but the Cancer man is definitely more anxious and unsure of himself than the calm and assured Taurus woman, so when he starts to worry about the future, he will be glad of a mate who can pull him back down to earth and soothe his slightly frazzled exterior. Very little fazes the Taurus woman, which is one of the reasons she makes an excellent mother, and this caring and unruffled attitude will work wonders on the more fragile Cancer man. As he continues to dither about the future, she will be the one to sit down and write out a plan on how to move forward, something he will not soon forget. In turn, the Cancer man is reliable and solid, and the Taurus woman will appreciate a steady influence in her life who will fulfill her love of stability all the way.

Despite the fact that the Taurus woman does indeed soothe the tender Cancer man’s delicate nature, there are also times when the typical “bull in a china shop” adage holds true and the Bull tramples over the Crab’s feelings. In order to avoid this, the Taurus lady needs to reign in some of her more blunt comments and observations, and lower her tendency to be so direct. The Cancer man is a highly intuitive creature and he won’t need or thank anyone for forcing their point home with him when he is perfectly capable of getting there on his own. At the same time, if the Cancer man wants this union to work, he needs to learn to understand tough love. It is well-meant, after all. This is definitely a union that is likely to last as both the Taurus woman and Cancer man are family-orientated creatures who care about the same things in life and know the value of old-fashioned morals. This will be especially true if both want to start a family at the same time, as children and home life will be part of the glue that holds them together over time. This pair will also do well at managing shared home expenses, decorating together, and cooking up extravagant and possibly rather calorific meals. Both the Taurus woman and the Cancer man are natural homebodies, so staying in for the evening will suit both of them down to the ground, and each will take comfort in the other’s willingness to settle.

How to attract a Taurus woman as a Cancer man:

Of all the zodiac signs, Taureans love food the most, but Cancerians are not far behind, so whipping up a feast could well be the best way to win a Taurus woman’s heart. If that’s too much effort, then lots of long and luxurious lunches or dinners out will almost certainly do the trick. One thing for the Cancer man to remember though is that Taurus women favor practicality over dreamy promises, so make sure not to be too intense about your feelings without laying some solid groundwork with her first to prove to you are a serious potential mate.

How to attract a Cancer man as a Taurus woman:

A Cancer man will value a Taurus woman’s natural earth mother persona and will adore her well-formed domestic side, so as long as this is clearly on a show he will be instantly smitten. As the relationship progresses, little things like cooking for the Cancer man, or redecorating your home together will impress him no end. He will also respect the Taurus woman’s dedication to her home, family, and partner, so this is actually one of those pairings where the Taurus woman needs to do nothing other than be her natural charming self if she wants the Cancer man to come running!

6 thoughts on “Cancer Man & Taurus Woman Compatibility – Will it work?”