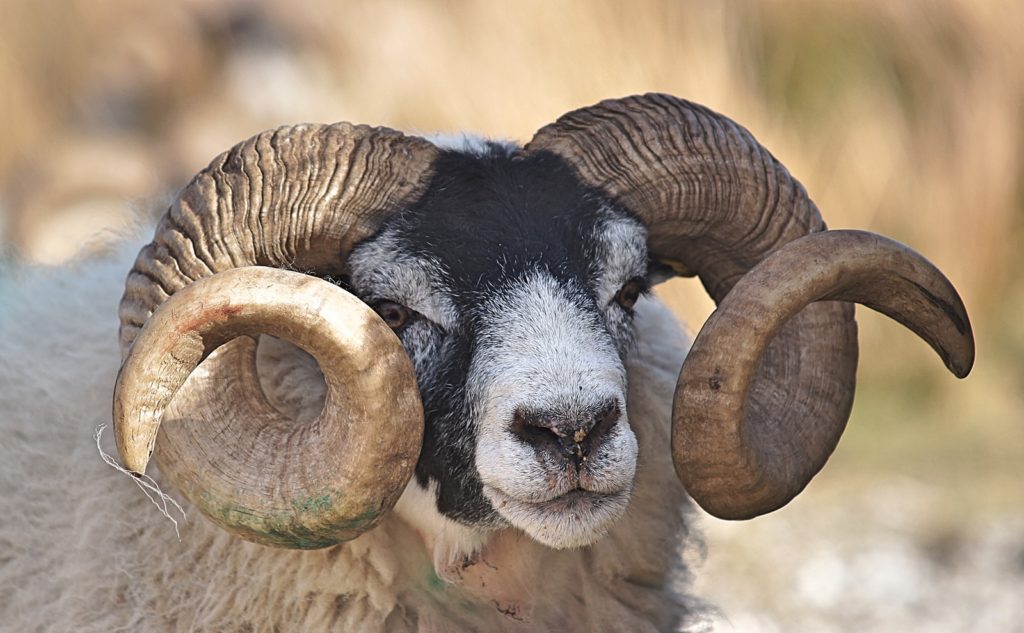 Aries is a Mars-ruled, cardinal sign that leads the zodiac wheel. As the first sign in the zodiac, it rules the first house, which represents the self, identity, and beginnings.

Aries is very self-focused and can be one of the most egocentric signs. You’ll notice that many of the animals on this list possess a degree of selfishness, as well.

But that’s not all bad. Aries and the spirit animals associated with it are also very self-reliant, pioneering, bold, and possess a great deal of inner strength.

Let’s dive deeper into Aries traits and the spirit animals that share them. 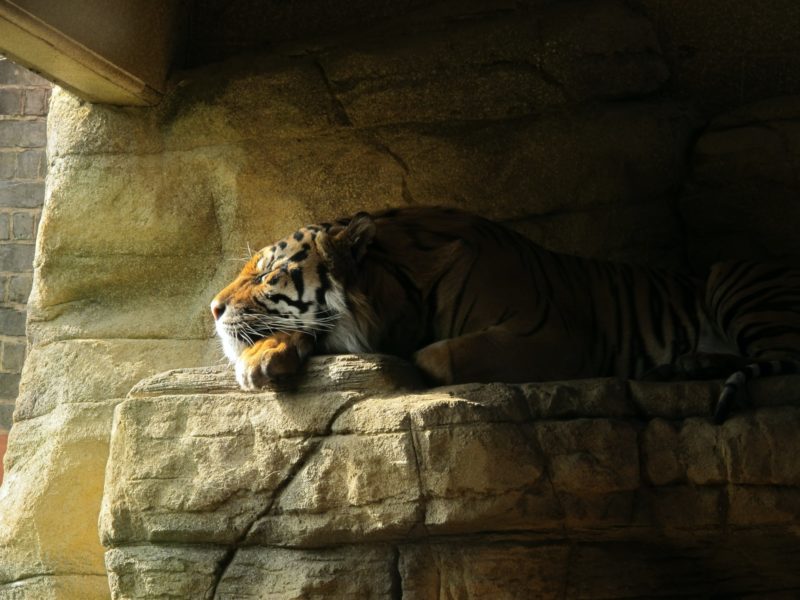 Each of the fire signs in the zodiac has a bit of big cat energy in them. Aries, in particular, is highly independent and clued into its own self-interest, just like a cat.

And while Leo gets the mantle of the Lion, Aries lays claim to his close kin, the tiger. Tigers are powerful beasts and potent predators. Their dominating presence and leadership energy are deeply akin to Aries’s own energetic approach to life.

Here are some of the defining traits that match the Tiger to Aries:

Clever and tactical. Aries people and tigers both possess a great deal of ingenuity. They leverage their primal instincts and impulsivity to dash out in life and get what they want.

Despite their ornate colorings and bright personalities, both Aries and the tiger can blend into the shadows when they need to, lying wait for the right opportunity to present itself.

They’re also both great at taking advantage of the opportunities in front of them. Neither the tiger nor Aries likes to plan far ahead in advance. They prefer to act according to their mood, and this unpredictability can bring them great opportunities.

Fierceness. Tigers and Aries both know how to show up with a ferocity and fervor that matches or outright intimidates those around them. They instinctually stand up for themselves and don’t tolerate being stepped on or interrupted.

Fearless. Aries and the tiger are always ready to tackle whatever challenge comes their way, no matter how daunting. It is in their blood to stand up and fight, not cower and run away. Their brave confidence inspires others to also be themselves and let their true colors shine.

A strong personality. Tigers and Aries both have hearty dispositions. Their personalities are grand, graceful, and royal. They always have a determination to control their own circumstances. They’re natural apex predators and are usually unintimidated by their peers and dangerous to their foes. All while also being gentle and nurturing to their loved ones.

Flashy and exciting. Aries and the tiger can both inspire awe. The tiger has bold stripes and vibrant coloring, while the Aries man stands strong with his flashy personality and high energy. Their speed and unpredictability make for an exciting spectacle.

Adventurousness. Tigers and Aries both possess an intrepid disposition. They’re unafraid to explore the outer reaches of their kingdoms and discover new things, people, and places.

Physicality. These two are both highly physical and possess an impressive amount of raw strength and energetic vigor to back up their dominating animalistic presence. 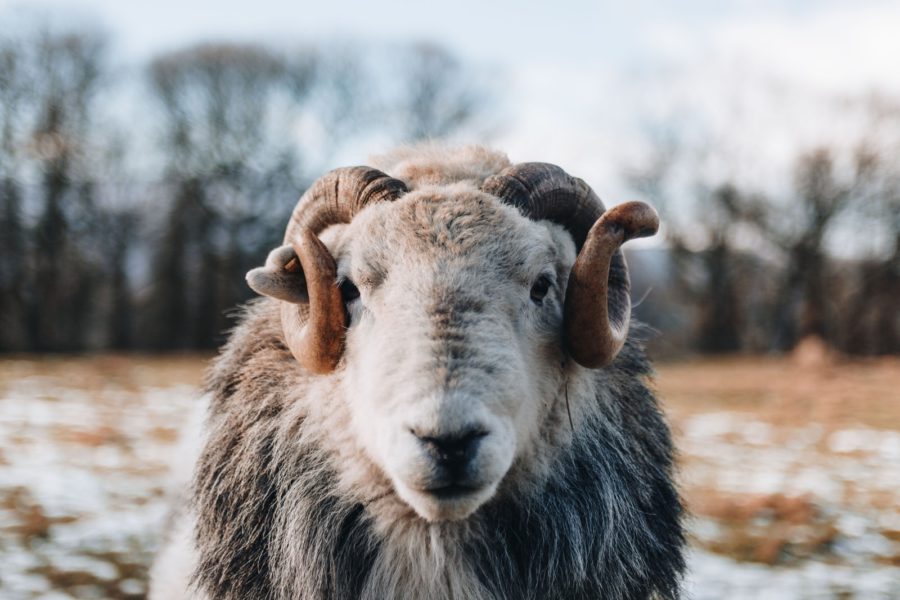 The ram shares a lot of similarities with Aries, which is why it’s the traditional symbol for the Aries zodiac sign.

Here are some traits that Aries and the ram share:

An aggressive and combative personality. Rams and Aries can both be testy and combative in the face of opposition. They won’t hold back when something stands in their way. Their courage and temper can make them overly confrontational at times.

Stubborn and willful. Good luck trying to persuade either a ram or Aries to change their mind. They have a tendency to be very stubborn towards opinions that stand against their own. They need to develop passion and a deep involvement if they’re going to be persuaded to make a change.

Protective. Like Aries, the ram is incredibly protective of his herd. Both of them will fight tooth and nail to protect their tribe. 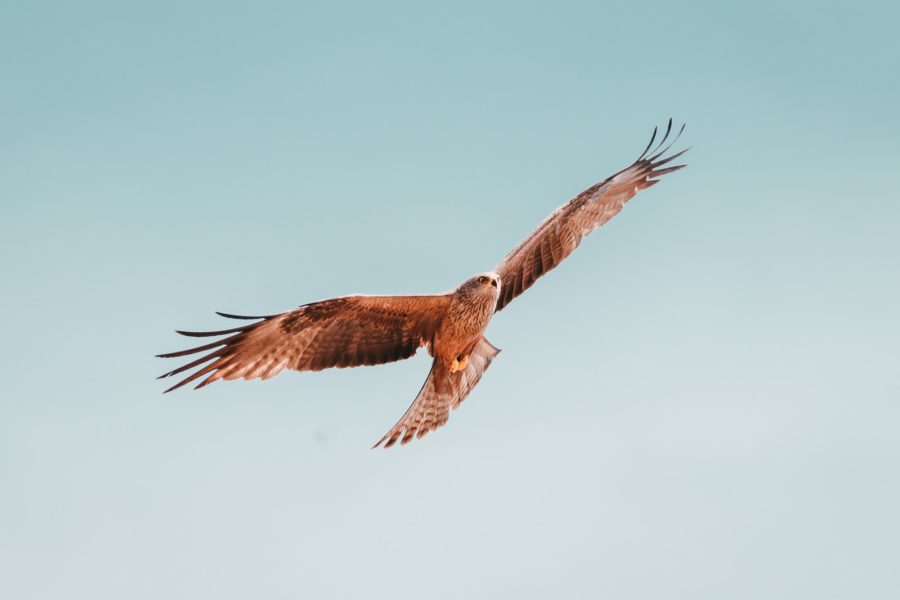 While the Ram is the official zodiac symbol for Aries, some might argue that the hawk is more closely related to Aries in the spiritual sense. Here are traits that Aries and the hawk share:

Leadership. Like Aries, the hawk is a natural-born leader that takes the initiative to works as a messenger for their group. They’re incredibly sharp, alert, and hypervigilant as leaders.

Independence. Like Aries, the hawks work well in groups. But they can perform especially well when working independently. Independence allows them the freedom to follow their instinctual spontaneity and impulsivity.

Confidence. Hawks are apex predators and are super confident when executing their fast-paced and potent hunting style. Because of their innate prowess and superiority in the sky, they can also be seen as arrogant and egotistical, just like Aries.

Adaptability. Like Aries, hawks are highly adaptable to circumstances and open to new ideas (when they want to be). Their sharp vision allows them to be observant, and their quick, dextrous reflexes allow them to execute split-second decisions.

Power and strength. Like the animals listed before it, the Hawk has incredible power in its domain. Their claws, beak, and cognition are sharp and penetrating. But they have another power that parallels Aries, one of spiritual connotations. They rule the sky. There are all sorts of spiritual interpretations around birds of prey like the hawk.

Their vision and foresight can be unparalleled. Aries, too, has the potential to develop great vision and spiritual prowess as they evolve and mature. 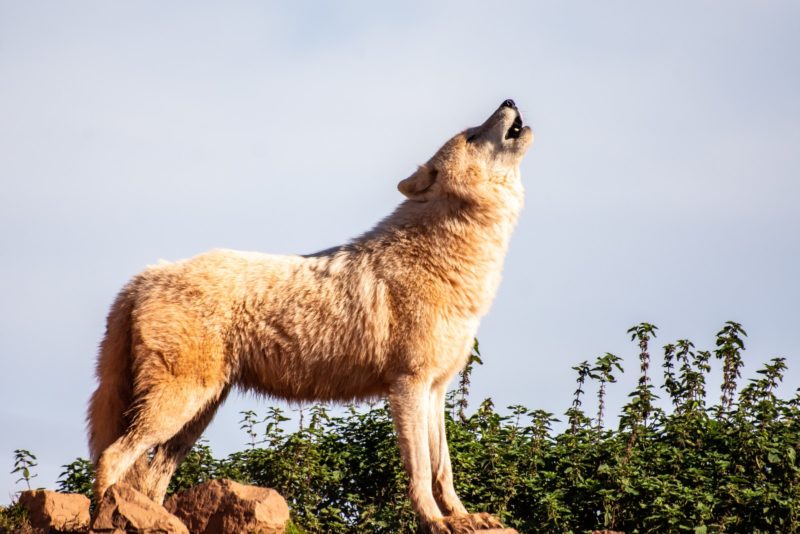 The wolf is another prime example of an Aries spirit animal. Here are some traits that match wolves to Aries:

Leadership. Aries energy matches the pack leadership of an alpha wolf. Just as Aries leads the zodiac signs as the first of 12, the alpha wolf leads and provides the vision for their pack.

Social intelligence. Both Aries and the wolf are strong and entirely capable of navigating independently (the lone wolf). But they’re also both social creates that work within a pack dynamic. They like to have a deep connection to others for a sense of safety and security, and they’re savvy and adaptable when dealing with their contemporaries.

Aggression. Wolves can be incredibly aggressive and combative when provoked, and so can Aries. They’re both true fighters and defenders, and they won’t back down when confronted by danger.

Loyalty. Aries and wolves alike live and die by their pack. They will protect their kin with ferocious veracity. Those close to them can always rely on a wolf or an Aries willingness to show up and support or defend them.

Instinctiveness. Like Aries, the wolf is a highly instinctual animal. She navigates life on pure instinct with her primal senses engaged at every corner. Aries, too, operates on impulse and follows the calls of her intuitive senses. 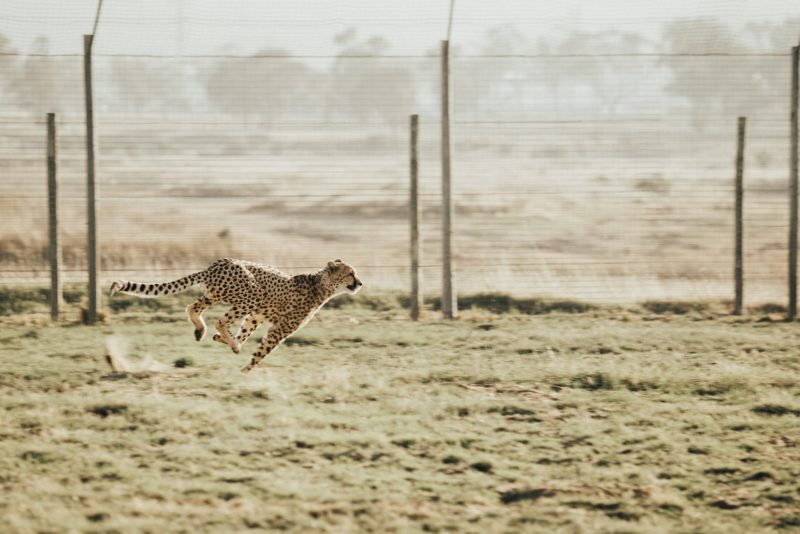 The next Aries spirit animal is another feline predator – the cheetah. Here are some traits that link Aries and the cheetah together.

Ferocity and speed. Like the cheetah, you’re full of energy that demands to be let free, not pent-up or tamed. Being able to embrace your ferocity and speed is what makes you inimitably you. its need for speed matches that of an Aries. Impulsive

Majesty. While not as regal as the lion (Leo’s spirit animal), the cheetah Aries spirit animal is this exotic yet beautiful animal.

Focus. Born under the Aries sign, you embody the cheetah in your hyper-focus. When you lock eyes on your prey — or a goal you’re determined to achieve, in your case — you don’t let up until you get what you want. As long as it’s in a quick burst. Not as consistent with long hunts, like Taurus and Capricorn. Competitive.

Authority. You’re a force to be reckoned with, and people listen when you speak. Unwilling to back down regardless of what life may bring you. You won’t allow yourself to become repressed or domesticated.

If anyone is crazy enough to challenge you, they’re going to feel the full force of your undeniable temper reigning down upon them – and that is a sight frightening enough to send anyone that is running for the hills. 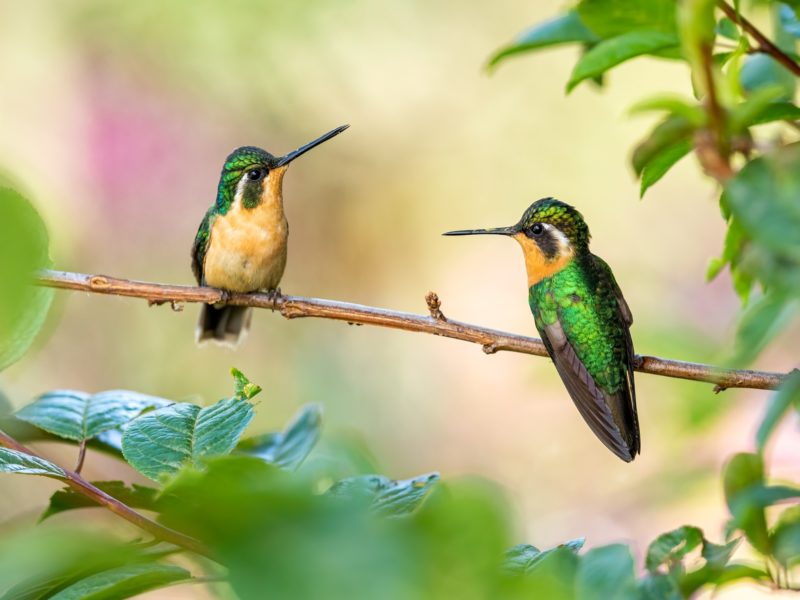 The first five spirit animals in this article were bold, natural fighters. Aries is a masculine, Mars-ruled sign, after all. But there are more facets to the Aries man that are reflected in another type of animal – the hummingbird.

Here are some of their shared qualities:

Vulnerability. So much of this article and the spirit animals discussed relate to the (well deserved) Martian prowess of Aries. We’ve shown hunters and defenders. And while Aries certainly has a tough persona, there’s a ton of raw emotion beneath Aries’s gruff exterior. These are surprisingly sensitive souls who can be high-strung and hyperalert, just like the hummingbird.

Positivity and lightness of being. This cute, special bird conveys the playfulness and enthusiasm of the typical Aries man. Aries are notoriously playful and lighthearted. Even when they get upset, they don’t hold onto it for long. They like to maintain a level of childlike adventure and awe as much as possible.

Innocence. As the first zodiac sign, Aries is the youngest and tends to be the most naive in many circumstances. They usually have a lot to learn in life and, fortunately, are willing to venture forth and explore. Their curiosity matches that of the surprisingly wide-spanning migratory patterns of the hummingbird.

Boundless energy. Hummingbirds and Aries both brim with electric energy. They can go hard and fast all day before crashing hard at night.

Maneuverability. Hummingbirds possess very unique flight pattern abilities. Their wings enable them to fly in every direction, like the elevators in Willy Wonka. The frenetic Aries guy is similarly always in motion and moves in unexpected directions.

There you have it – six spirit animal familiars for the sign of Aries.

What do you think about the animals listed? Do you think any important ones were left out? Let us know in the comments below.