10 Potent Tips to Make an Aquarius Man Obsessed with You 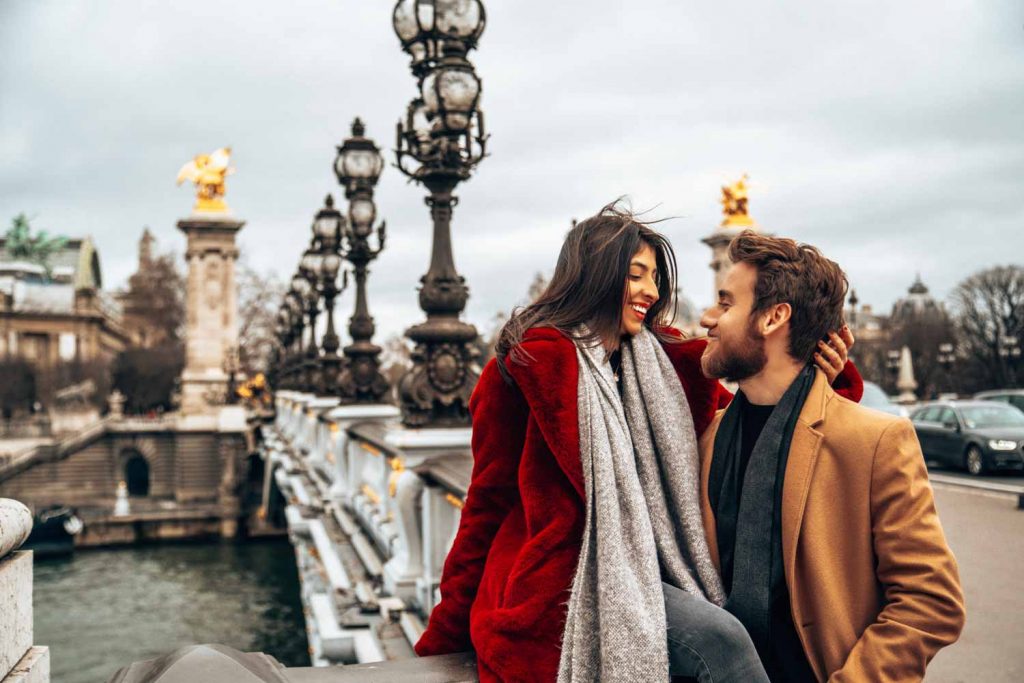 Have you found yourself falling for an Aquarius man?

Do you want to make him completely obsessed with you?

Good. You’re in the right place.

In this article, I’ll reveal all the little quirks that he can’t resist in a romantic partner, plus all the broader character qualities that he secretly yearns for.

By the end of the article, you’ll feel confidently equipped to blow his socks off and get him obsessed with you.

Alright, let’s get to it.

1. Be unique and unapologetically you

When building attraction with an Aquarius man, every action you take should stem from your unique, individual truth.

The worst thing you can do with an Aquarian man is to change who you are just to try to please him.

Yes, it’s good to adapt to a partner. That’s healthy and mature. But you shouldn’t put on a mask and try to be someone you’re not. After all, he’s the most genuinely unique character in the zodiac, and he will see right through it.

So don’t try too hard to impress. Don’t change your entire style of expression just to appeal to him.

This means showing all of your colors, even the potentially unflattering ones. Even quirks that you don’t like about yourself can have a paradoxical effect on him. He’ll likely see them as endearing and raw and will appreciate your willingness to put everything on the table.

Even if he doesn’t like you for who you are, that’s good to know. You weren’t going to be able to pretend forever to be something that you’re not.

One caveat: jealousy and possessiveness will not endear him. Try to limit those emotions.

When you’re happy and confident, you’ll naturally attract an Aquarian man and make him obsess over you.

But self-confidence is key to capturing this man’s heart. It may be scary to focus on any internal issues blocking your self-worth but it’s worth the work. You can’t truly accomplish tip #1 (be yourself) if you’re not confident.

Sure, you can attract a man even when your confidence is low. But you can’t make him obsessed with you. To create obsession you must be able to emanate a core sense of self-worth.

You can display self-confidence by showing self-respect, creating solid boundaries, and stepping up for what’s important to you.

3. Be boatloads of fun

It’s simple: if you’re boring or unexciting he won’t become obsessed with you.

Aquarian men want fun and levity in a partner. Overly serious or melancholic people turn him off.

If you want him obsessed with you, you need to be a riot. You need to be overflowing with enthusiasm and enjoyable energy.

Relying on purely sultry, sexy or romantically charged feelings won’t be enough to obsess this guy – because a fun-filled friendship always comes first in Aquarian romance.

A romantic partner who he’s obsessed with will be his best friend first and foremost. Unlike other guys, he won’t get obsessed with someone who just turns him on.

So initiate fun activities. Get his heart pumping, not just with romantic or sexual feelings, but with adventurous experiences. Mix things up. Goof off. Playfully wrestle together like kids.

All of these sensory experiences will bond him to you and make him obsessed. The more adrenaline-inducing the experience, the better.

4. Be cool as a cucumber

Aquarian men are detached and emotionally cool. If you want him to be obsessed with you, you can’t scare him off with emotional volatility.

So be laid back. Don’t be in a rush to get him feeling hot and heavy emotions. Don’t get mad. Don’t get needy. You want your emotions to be relaxed, fun and lighthearted.

Your nonchalant attitude will drive him crazy and make him want to pursue you.

There’s a lot of push-pull energy in dating and romance.

To get a man obsessed with you, it’s best to not seem to need him. Leaning into yourself creates room for him to lean into you.

This is especially relevant for attracting the Aquarian man. He’s the most independent and self-sufficient sign in the zodiac (along with Sagittarius), and he seeks a partner who also has a capacity for self-sufficiency.

It is important that you don’t lean too heavily into him. Avoid trying to get him obsessed with you by fanatically getting him to notice you. Trying too hard denotes neediness, which is the opposite of self-sufficiency.

So be receptive and make him feel important, but don’t lay it on thick. Display that you’re comfortable in life, with or without him. This will provoke him and make him want to prove himself to you.

6. Showcase that big brain of yours

Aquarian men are obsessed with mental pursuits and turned on by intelligent minds.

So to make him obsessed, highlight your intellectual prowess. You don’t have to be a know it all, but you should display mental agility and competency.

Find out what interests him and catch yourself up to speed on the topic. If you can engage in deep conversation about a topic and challenge his own intellect he will be floored.

7. Envelop yourself in mystery

Aquarian men love the thrill of the chase. And that thrill only exists when there’s something new to be explored.

If you lay everything on the table and keep no secrets, he will grow bored of you fast. Good luck getting him obsessed with you when there’s nothing left to learn about you.

So be a mystery. Tease little secrets. Shoot him intense yet vague gazes. Allude that there’s much more to you than what meets the eye.

Do this well and he won’t be able to stop thinking about you. The more he obsesses, the more he’ll fall under your spell.

To build on your mysterious persona, it’s good to keep him guessing.

Aquarian men love novelty and hate too much routine. Change things up by varying your behavior. Don’t let any tendencies or rituals you share solidify into a routine.

Keep him guessing and wondering what’s going to happen next, and he won’t be able to help himself from growing obsessed.

9. Be benevolent and kindhearted

Aquarian men are idealistic and goodhearted. They chase grand humanitarian dreams and want to live in a utopian world.

Benevolence and good-heartedness are relationship aphrodisiacs. If you cast yourself as high-minded and ethereal he will instantly be drawn to you.

Above all, avoid being selfish and full of ulterior motives. Show that you care for yourself, for him, and for the world. Surround yourself with positivity and expansion (like his ruler Jupiter), emanate truth and inner beauty, and he won’t be able to help himself from becoming infatuated with you.

When you apply the tactics above, he won’t be able to resist developing an interest in you.

But don’t give in right away to his inevitable advances. Remember, you don’t just want him to be interested in you – you want him obsessed.

When he tries to escalate things physically, make him wait. Give in for just a moment, and then take a small step backward. Pause things for a bit. Let his lust build.

Don’t go cold when you do this. You still want the sexual tension to grow. Just be a little coy. Suddenly a little reserved. Depending on how far you want to push him, you can tease him with your body language or words. Lean into him, touch him incidentally. Gaze into his eyes.

All of this will make him crave you far more than if you were to give in to his touches right away. It will make him grow obsessed with you.

Getting an Aquarius man obsessed with you is no easy task. It’s hard enough keeping this man’s interest! But with the tips you’ve just learned, you’ll have a major advantage.

Now go out there and get him:)