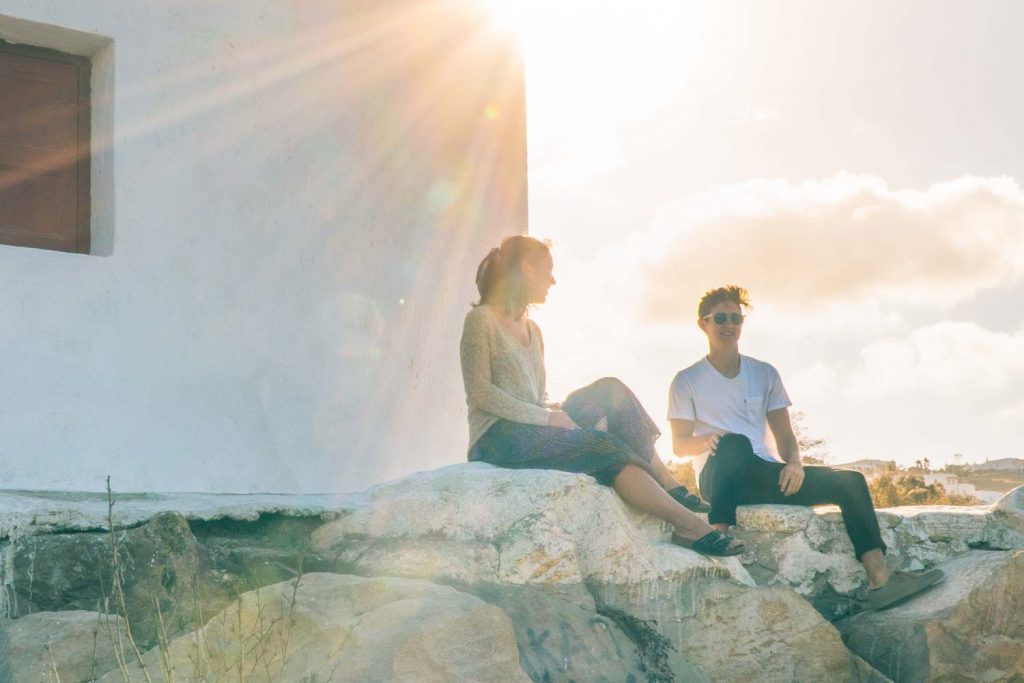 What the Aquarius Man Likes about the Libra Woman

Her social skills. Libra is people-oriented like Aquarius and has a knack for cultivating harmonious group environments.

She’s kind, understanding, and accommodating to others. She always goes out of her way to make the person she’s talking to feel good. Her social skills impress Aquarius.

Her accepting, non-critical nature. Aquarius tires of people of critical and judgmental people. Libra tries her best to be non-judgemental in life.

She tends towards feelings of admiration and appreciation for her partner and the people in her life rather than criticism.

How much she cares for him. Her entire world revolves around her lover, and she always puts them first and foremost in her life above all else. She’s focused and invested in her relationships.

These are traits that can turn Aquarian men flighty, but Libra has a soft touch that doesn’t trigger her Aquarian’s independence urges.

Her lighthearted emotionality. Aquarius appreciates how Libra approaches emotions in a light way as he does. They’re both Air signs, after all, and Air doesn’t place a huge emphasis on deep-feeling emotions.

Her playful emotionality doesn’t make him feel claustrophobic like many other signs do.

What the Aquarius Man Dislikes about the Libra Woman

Her indecision. Libra women have a tendency to back and forth on decisions big and small. She can start a bunch of things but can second and struggle to find success.

She wants to do everything correctly but gets paralyzed by fears that she’s not doing it right. Her indecision can be painful to the Aquarian guy.

How much emphasis she puts on beauty. Libra is ruled by Venus and this woman is drawn to all things fair, beautiful, and lovely. She’s repelled by ugly, unharmonious things.

She accepts and supports everyone, but occasionally it’s from a desire to please rather than from honest interest. Aquarius, on the other hand, loves all kinds of people – warts and all, especially the quirky misfits and unglamorous outcasts.

That she cares so much about what people think of her. Libra is easily hurt by offhand remarks from family, friends, and strangers. She’s hypersensitive to others’ opinions because she hates friction and wants to be universally well-liked.

Aquarius is more internally validated and can struggle to empathize with Libra because other people’s opinions don’t mean that much to him. He’ll be sympathetic to her pains but will think and believe she’s overreacting.

When she’s an overly obliging people-pleaser. Libra can find it paralyzingly difficult to hurt another’s feelings and rarely stands up for herself or says no when tough a situation calls for it. Her attempts to avoid problems by becoming a doormat frustrate Aquarius.

He has no difficulty in going his own way, regardless of other people’s feelings or opinions, and Libra’s overly kind impulses can create complications that he’d rather not deal with.

Her needs around connection and emotion. Libra is the sentimental type, which can clash with Aquarius’s independent, logical nature. He may get confused with how much she’s affected by what he feels is a normal level of detachment and independence.

Her lack of self-sufficiency. Libran women, being partner-oriented, can sometimes have a hard time navigating life and finding their true expression in an independent way. This is at odds with the Aquarian approach of steadfast independence and finding his own way in the world.

What the Libra Woman Likes about the Aquarius Man

That he’s friends with everyone. Aquarius men are social enigmas that draws people to them. He treats everyone with equal amounts of respect, curiosity, and ease. People who typically feel uncomfortable with strangers may respond to him like a long lost friend.

How much he enjoys friendships and community. Aquarius is ruled by the 11th astrological house, which is the house of community and collective consciousness. He’s all about coming together, connecting, sharing, and community building.

Platonic friendships are important to him and he flourishes when in regular contact with various friends and associates. Libra is a people person and socialite as well and is impressed by how he seems to know everybody.

His good-natured humanitarianism. Libra loves things to be balanced and admires the Aquarius man’s drive to make the world a better, more equal place.

His utopian visions might seem unrealistic to some people, but Libra appreciates his grand ideas and will be right there with him working to help him make them a reality.

That he’s unafraid to stand out and be his own person. Librans can struggle to stand out because they don’t like the idea of being judged or thought of poorly by anyone.

Aquarius is self-validated and unafraid to offend others by being himself. He has no issue with being wild and quirky and unique. Libra respects his unabashed originality and authenticity.

What the Libra Woman Dislikes about the Aquarius Man

That he can struggle to provide the sentimentality she craves. Libra is a heart-centered lover through and through, while Aquarius is mostly cerebral and will at times seem unsentimental.

Libra women who are looking for an epic love affair may find themselves disappointed by their Aquarian man who feels more like a closely bonded friend than a true lover.

His freedom-loving nature. Aquarian men are compulsive rebels who push back against any limitations or confining influences in his life. Relationships, even loving ones, can trigger an impulse in him to break away if things feel overbearing.

Libra feel hurt by his withdrawals because in her mind (and quite possibly in reality) she hasn’t acted reliant on him or overbearing.

When he’s inconstant and erratic. Libra appreciates Aqua’s cool, calm demeanor, but dislikes his detached and erratic behaviors. She likes balance, harmony, and reliability – too much frenetic energy makes her feel out of control and uneasy.

There’s a good chance that Aquarius’s hot and cold moods will keep her up at night feeling uncomfortable and unstable.

Sex can be stimulating and harmonious for them. As Air signs, they have complimentary energies and sexual tendencies. They shouldn’t have a hard time bringing novelty and excitement to their sexual relationship.

Libra has an enthusiasm for sex and possesses a spontaneity that charms Aquarius. Her love of sex and sensuality might catch him off guard at first, but he’ll rise to the occasion and match her warmth.

With his active mind and her encouragement, they should have plenty of imaginative, exciting, and playful sex. He’ll help her be more decisive and clear about what she likes and wants sexually.

This pairing can be really fun. They’re both easy to get along with, kind, caring, and wish the best for others.

They’ll have an easy time building rapport with one another. In the early stages of the relationship, any time spent together is likely to feel like a whimsical blur of pleasantness, romanticism, and idealism. They both know how to let loose like children and enter a world of make-believe.

Libra grows to appreciate his independence and assertiveness. Being timidly natured herself, she finds his outspokenness and sense of self entirely motivating (and attractive).

She must be careful not to be too easily swayed by his opinions and plans, for she is entirely sympathetic and impressionable. Friction will develop if she doesn’t always see eye to eye yet goes along with his every whim regardless.

After this initial spark, they could find that they have different interests. Libra is at first excited by his various intellectual pursuits but might lose interest. And Aquarius might grow bored of her focus on fashion and beauty.

If this relationship does result in marriage it’s unlikely to happen before they’ve spent a good deal of time together. Neither is quick to commit to a lifelong union.

This is because Aquarius is naturally commitment-phobic (he fears losing his cherished freedoms), and because Libra is fundamentally indecisive and tends to take a wait and see approach to most decisions of consequence.

There’s always a chance with Aquarius that he will grow restless and seek to return to life on his own, and as a result, will crush the Libran girl’s heart as he leaves her in the cold. Libra should always pay close attention to where Aquarius is at in terms of his devotion to her.

To be happy in partnership, she needs a partner who’s as devoted as her. If she senses that Aquarius is not happy to play this role as a doting partner, it could be best for both of them if she cuts him loose.

Aquarius needs to open up enough for one-on-one intimacy. Aquarius tends to be drawn to the levity of group dynamics for the same reason that he avoids close, intimate relationships: he doesn’t like to be emotionally vulnerable with another person.

But if he’s going to succeed with Libra, he will need to drop into his emotions more and be vulnerable with her.

They need to keep the spark alive and interesting. Aquarius is drawn to novelty and constant change, while Libra is more drawn to steady, consistent energy.

She must accept that he is this way, and adapt by helping to keep things exciting between them and not growing too fussy when he wants to spend a lot of time on his own or with friends.

She might feel a sting of neglect when he’s out on the town with friends for a few nights in a row, but this is part of his nature, and she must accept it.