11 Signature Signs an Aquarius Man is in Love (Is he Serious About You?) 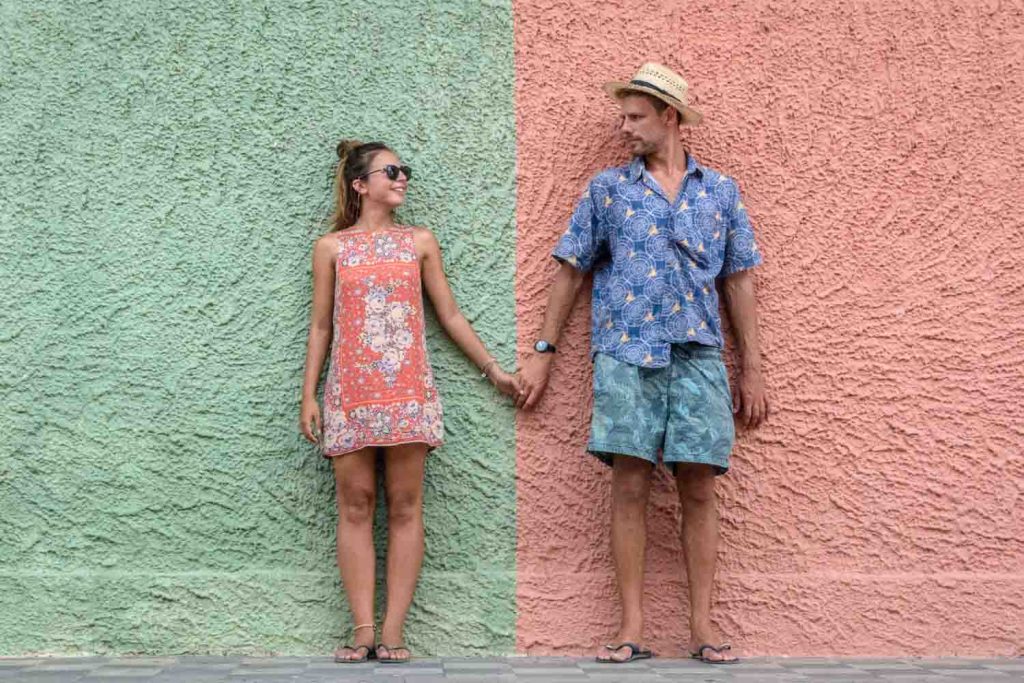 Are you struggling to find out if your Aquarian man is in love with you?

Are his signals confusing and driving you crazy?

It takes a particular person to make the Aquarian man feel real love. He doesn’t fall in love easily or often.

The conditions have to be just right for an Aquarian man to feel vulnerable enough to allow love to sink in. But when he does let true love develop, his fixed sign nature makes him go all in.

Once you learn what to look for, it becomes easy to tell whether he’s become serious about you and fallen in love.

We’ll cover all of his essential love signals in this article. The secrets to understanding the Aqua man’s love signals are only a few scrolls away.

By the end, you’ll be able to tell if your Aquarian guy is in love with you (or if he’s not).

1.) You have become incredibly close friends and lovers

It might seem like he knows everybody around him. He’s cordial and friendly with just about everyone in his life. But in reality, he only has a small handful of genuinely close relationships.

Aquarius is the sign most associated with platonic friendship. For him to fall in love, it is an absolute requirement that he builds a deep, intimate friendship with his lover. He simply won’t fall in love with someone if they haven’t become his best friend first.

Some signs that he considers you a close enough friend worthy of falling in love with:

He wants to be around you a lot. The Aqua man values his alone time and rarely spends too much time with anyone in particular. If he’s spending more and more time with you, it’s a sign that he considers you an important friend.

He’s deeply connected to you. Even in romantic relationships, the Aqua man can avoid connecting. He’s detached from most people in his life, family included. Since he rarely opens up and connects deeply with anyone, it’s a sign he values you as a true friend if he’s making himself available for a deeper connection.

He’s consistently happy around you. The Aqua man is typically an energetic and positive friend and lover. But he can grow bored of people and experiences. If you’ve noticed that his energy and positivity within your relationship have only been rising, it’s a sign that he’s become invested in you.

The Aquarius man has a curious and analytical mind and can’t help but analyze everyone around him.

And when he’s in love? His curiosity kicks into overdrive, and he becomes passionately interested in everything about his lover.

When he’s love-struck fascinated by you, he’ll want to learn all of your opinions. So, if your Aquarius man is in love with you, he’ll ask for your take on pretty much everything. From philosophy to psychology, religion to spirituality, If he loves you, he’ll want what you think about everything.

Note that an infatuated Aquarius man will be deeply curious, too. This in-love fascination I’m referring to reflects a deeper kind of interest that’s been established over time.

3.) His affection for you remains constant

The Aquarian man is naturally cold, aloof, and sometimes inconsistent in relationships.

Because his nature is typically wavering and hot and cold, it’s a massive indicator of love when his attention and affections for his partner become constant.

He’s erratic, but remember, he’s also a fixed sign. And his fixed, steady nature comes out when he’s found a partner whom he loves.

So, If your Aquarian partner has stopped being aloof with you and is tuned in to your energy without shutting down or off himself, then he’s probably in love with you.

Aquarius men aren’t the most outwardly affectionate people. Many don’t even like to kiss their partner when people are around.

While he can be pretty lovey-dovey behind closed doors with someone that he’s really into, that rarely translates to passionate displays in public.

When he’s genuinely in love, though, all caution goes out the window.

So if he’s become highly receptive to public displays of affection, even instigating them himself at times, there’s a good chance that he’s feeling in love with you and isn’t afraid for others to see it.

5.) He expresses hypersensitive or intense emotions around you

Many people assume that Aquarius men are relatively unemotional because of their aloofness.

In reality, he’s full of emotions, but he conceals them deeply and operates from his mind to keep them at a distance.

If he’s showing this kind of vulnerability, particularly when it’s about your relationship, it means that he cares a lot about your connection and that feels safe with you, which is a huge deal for this man.

This is a rare and valuable experience for both of you. It’s essential to handle him with care when he’s opening up to this degree. Be gentle, encouraging, and loving, or you’ll run the risk of making him close off to you.

6.) He talks about the purpose and meaning of your relationship

The Aquarian man is typically so detached that you might assume he doesn’t care for non-surface relationships.

It is true that he typically keeps a broad level of detachment in his relationships, both platonic and romantic. Nonetheless, the Aqua man yearns for a partner with whom he can change the world with.

You’ll know love is involved when he starts talking about your relationship in terms of purposefulness, meaning, and revolution. About what you two can do together to change the world.

7.) He’s become a much warmer and softer version of himself around you

Most Aquarian men strongly dislike being vulnerable or sharing their emotions with people. He’s an air sign, and air signs prefer navigating the world cerebrally rather than through their feelings and emotions.

This is part of why Aquarius men are so distant, erratic, and independent. Being aloof to others protects them from the emotional vulnerability they avoid feeling daily.

Once in love, though, those protective barriers start to fall away, and you’re left with a tender, warm and attentive man who’s brimming with affection and loving energy.

Few people see this compassionate, caring, and sentimental side to the Aqua man. It is powerful to see this oft disillusioned Air sign open up to love.

It’s important to note that he won’t magically turn into an emotional water sign. Even though this man is way softer in love, he still possesses his signature self-detachment. It’s just no longer protectively blocking him from being open-hearted.

8.) He shows signs of wanting commitment

A yearning for commitment is a significant indicator of love for this man.

Aquarius men are notoriously non-committal in relationships. He prizes his independence too much to be flippant about commitment.

Many people think he’s a non-committal lover, through and through. And even though he can be pretty variable and sporadic in love, it’s not the whole truth. He is a fixed sign, after all. And fixed sign people crave solid, substantial, and devoted partnerships.

When he’s finally found someone who he truly loves and has deeply connected with them, he will commit to them wholeheartedly.

Note that commitment doesn’t necessarily equal a desire for exclusivity for this man. He is typically open to various types of relationships. For example, he might want to commit to being polyamorous and have you as his primary life partner.

Related; The 5 Biggest Signs that an Aquarius Man isn’t into You

9.) He makes an effort to get to know the people close to you

Is your Aquarius man going out of his way to familiarize himself and develop bonds with your friends and family?

This is a sign that he’s developing deeper feelings, perhaps love.

He won’t be over the top about this, so pay close attention. Read how he interacts with your group, and notice if he’s being more revealing or inquisitive than he typically is in everyday social situations.

Related: How to Get an Aquarius Man to Chase You

To be happy in a relationship, the Aquarian man needs plenty of independent time apart from his lover.

It doesn’t matter if you’re new acquaintances or have been dating for years. He needs his alone time, period.

One way to tell that he’s in love with you is how he acts about taking his alone time.

If he’s confident and self-assured about your relationship, even when you spend a week or more without seeing each other, it’s a sign that he’s very relaxed and comfortable with your partnership.

Related: 5 Subtle Signs that an Aquarius Man is Jealous

The Aquarius man won’t typically wear his emotions on his sleeve as an air sign.

But this is primarily due to him not knowing what his emotions mean.

When he’s sure about his emotions, he won’t usually want to hide them. So when he’s in love, he won’t be shy to share his feelings with you.

If you’ve determined that he’s most likely fallen in love with you, don’t be shy to bring it up. You might be surprised at how easily he will declare his love for you. (But If you’re not so sure, I’d advise not bringing it up, as it could scare a less committed Aqua man off).

Related: Will an Aquarius Man Come Back after a Breakup?

I hope this article has been helpful for you in determining your Aquarius man’s level of love for you.

And if he does love you? Well, consider yourself lucky! As a reliable fixed sign, this guy is your rock, and you’ll learn to love how he’s always able to be there for you when you need it.

Do you think your Aquarius man is in love with you? What signals has he been showing you?

How to Impress an Aquarian Man in Bed

5 Potent Ways to Make an Aquarian Man Obsessed with You

7 Essential Things to Know about Dating an Aquarius Man

4 thoughts on “11 Signature Signs an Aquarius Man is in Love (Is he Serious About You?)”