The Aquarius Man in Bed: 5 Sultry Tips to Impress him Sexually 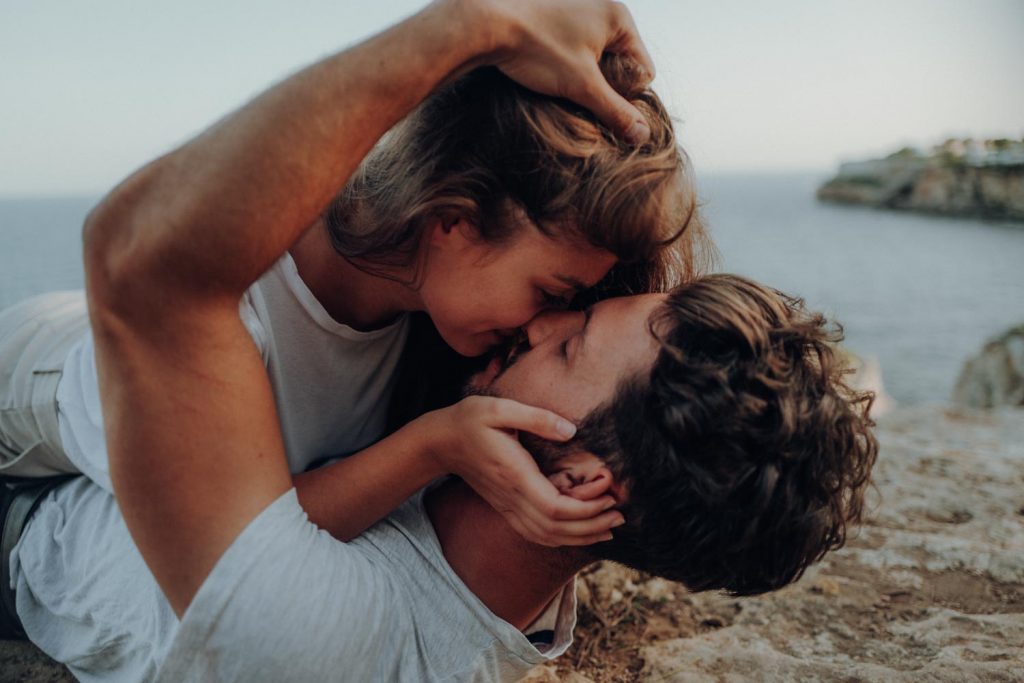 So, you’re wanting to get an Aquarius man all hot and bothered between the sheets?

Sex with an Aquarius man can be quite the adventure. In this article, I’ll prepare you with everything you need to know to press his arousal buttons in just the right way.

There’s a lot to unpack here, so let’s get straight to the tips! (Don’t worry, I’ll lay everything out clear as day for you).

Note that this post applies primarily to Aquarius Sun men, but it also hints at qualities that an Aquarius Mars, Moon, Ascendent man will have, too.

1.) Inflame his desire with intellectuality and intelligence

To get him yearning for you sexually you must first and foremost appeal to his mind.

Like all men, Aquarian men love the physicality of sex. But to be truly sexually wowed he must experience a meeting of the minds before the meeting of the bodies occur. Sex for him starts before you’ve hit the sheets.

So appeal to his mind first and treat it like the powerful erogenous zone that it is.

Here are some ideas for appealing to his sexuality through his mind:

2.) Be sexually spontaneous and experimental

The quickest way to ruin sexual chemistry with an Aquarius man is by being routine and inflexible in bed.

While consistency can be considered romantic and sexual gold to some partners (looking at you, Taurus), it’s one of the quickest ways to compel the Aquarius man to discard you as a lover.

Aquarian men are open-minded, restless, and experimental across the board in life. This includes between the sheets. So appeal directly to his inclinations by taking the initiative and introducing unexpected intrigue into your sexual experiences.

Here are some ideas to surprise him and keep things fresh:

Related: How to Get an Aquarius Man to Chase You

3.) Nurture your kinky side

The Aquarian man may come off cool and detached, but this guy can be super kinky. He’s up there with Scorpio, Capricorn, and Cancer.

It makes sense in a way. He’s a lover of novelty and anything different. So sexual taboos – anything considered alternative, dirty, taboo, weird or strange – intrigue the hell out of him.

So tap into every unique, strange, and kinky cell in your body and get freaky with him.

Related: 11 Signs That an Aquarius Man is in Love

He’s the perfect guy to go all out on the sex toys with.

He’s gadgety and techie. So there are all kinds of combinations you could play with (if that’s something you’re keen on, of course).

You might be getting super freaky, hot and heavy, but always try to stay light and playful.

Remember, you’re dealing with an air sign here. He craves an intelligent mind in bed, but rarely an overflowing emotional heart.

He can be complicated, but he wants his sexual life uncomplicated. Wide spanning feelings of independence and freedom are essential.

So there you have it, some key ways to turn this man on sexually and enjoy your time in bed together.

Other Aquas, Sags, Aries & Geminis are his best sexual matches. Taurus, Cancers & Scorps, not so much.

Remember, most importantly, don’t try to control or change him. Don’t try to fit him into a mold. He’s a free bird (and a fixed sign), so you’ll always have to accept him the way he is.

Note that he can be unpredictable with his sex habits. He’s open-minded and liberated to the idea of sex, but might not be super sexual himself. He may want sex a lot sometimes and very little other times. This sporadic and erratic behavior can be hard for Taurus, Capricorns, Virgos, and Cancers, who like consistency.

But know that he is a selfless lover. He’ll give lots and notice the details of what you like and don’t like.

Pro-tip. Wear Turquoise lingerie or underwear for him. The mix of creative green and rational blue mysteriously draws him in like a magnet.

3 thoughts on “The Aquarius Man in Bed: 5 Sultry Tips to Impress him Sexually”