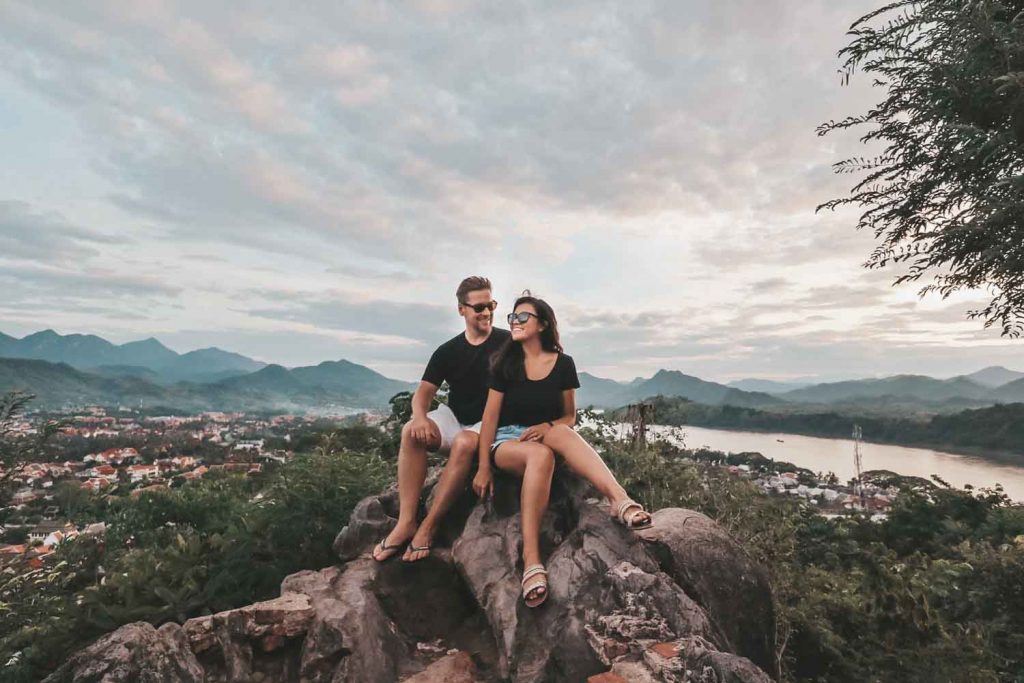 What the Aquarius Man Likes about the Capricorn Woman

Her ability to concentrate and be single-minded. The Aquarius man has a very active mind and struggles with scattered thinking. His mind goes in every direction and it often exhausts him. The Capricorn woman, on the other hand, keeps her mind steady and she knows how to orchestrate her thinking for maximum effect. She has a knack for remaining focused and driving tasks straight to completion. Aquarius admires and respects this.

Her leadership qualities. Capricorn occupies the pinnacle place on the Zodiac wheel (the 10th house) and naturally dominates in an administrative capacity. Her willingness to lead paired with her self-control and organizational capacities make her a powerful boss that Aquarius respects.

Her independent character. The Aquarius man is repelled by women who are clingy and dependent in a relationship. The Capricorn woman is the opposite of clingy. She’s entirely self-contained and knows how to take care of herself. She doesn’t need constant affirmations and validations from her Aquarius man, which is just the way he likes it.

Her devotion. Once committed, the Capricorn woman is a thoroughly devoted partner and her ambitious nature channels directly into her partnership. She’ll work hard to grow the relationship with her Aquarius man into a successful venture.

What the Aquarius Man Dislikes about Capricorn Woman

Her tendency to be pessimistic and depressive. Capricorn women are ruled by the planet Saturn, which is a cold and melancholic planetary influence. Life can feel heavy and oppressive to her at times. She can get stuck in despair and let it drag her down for weeks at a time. The Aquarius man (whose traditional ruler is also Saturn) could see her low moods as a challenge, as he loves to offer help and assistance, but he may find that his optimism and enthusiasm aren’t enough to lift this woman’s moods.

Her obsession with routine, stability, and security. Aquarius men enjoy novelty and variance in their lifestyles and routines. Capricorn, on the other hand, thrives with steady, consistent routines and environments. While their shared routines might bring her joy, Aquarius may start to flounder when routines stay static for long stretches. If she’s too routine for him he’ll struggle to find enjoyment in the relationship.

Her desire to control him. Capricorn is embraced by Saturn’s restrictive energy, and she learns early on what it’s like to feel weak and out of control. With work, she learns how to control the world around her; manipulating people and situations to her liking. Aquarius might respect how strong, independent, and capable this makes her, but he bristles when she aims her controlling influence on him in an attempt to regulate his life. He appreciates that her desire to organize his is in good faith, but he can’t help but resist.

Her conservative approaches to life and her attachment to tradition. Aquarius respects Capricorn’s fierce independence and finds it disappointing to see her place more importance on tradition and familial expectations than on her own interests and desires, which stems from Saturn’s strong influence over her. He’ll try to talk down the fears that root her to conventional expectations, but he’ll likely discover that this thread runs deep into the fabric of her being.

What the Capricorn Woman Likes about the Aquarius Man

How genuine and original he is. She may not agree with all of his unconventional ideas, but Capricorn is sure to appreciate how distinctive the Aquarius man is. She finds his uniqueness and authenticity compelling.

How honest and faithful he is. As a Fixed sign who prides himself on his views, the Aquarian man is solid in his core beliefs and convictions. He genuinely wants the world to be a better place, and this propels him to leave behind manipulations like lying and deceiving. Being honest is what feels right to him.

That he rarely freaks out or loses his cool. Aquarian men aren’t prone to overreaction and tend to be stoic and even-keeled in tough situations. Saturn (his co-ruler) makes him objective and emotionally controlled. This trait, paired with his intelligence and objectivity, makes him a great fit as a judge or lawyer. Similarly controlled Capricorn appreciates his kindred resolve.

That he’s not needy. Aquarius values autonomy in relationships and doesn’t put a lot of emotional demands on his partner. He doesn’t want to have to rely on anyone. Capable Capricorn surely appreciates this, though she might wish he was just a little bit more territorial over her.

His compassionate stance toward society. Aquarius men care about helping people, and their professions often reflect this, either directly or indirectly. His compassionate nature can help Capricorn soften out her rough edges.

What the Capricorn Woman Dislikes about Aquarius Man

His flippancy and lack of concentrated focus. Sometimes Aquarius’s broad-mindedness becomes a little too far-flung for Capricorn’s liking – especially if she senses that it’s leading him to inefficiency. Distraction and a lack of concentration on his part can irritate her to no end.

His strong interest in other people’s problems outside of the relationship. Capricorn is very focused on her relationships and ceaselessly works to improve them. She grows frustrated when Aquarius seems to pay more attention to the problems of the community than the ones in his own relationship. She may lament that he’s always offering open arms to support a friend in need, but ducks opportunities to tend to more pressing matters within their relationship.

His spontaneity, unpredictability, and free-spiritedness. At first, Capricorn admires how inspiration leads her Aquarius in all sorts of interesting directions. But after a while, her penchant for routine and consistency starts to kick in and her admiration for his antics begins to wear thin.

His lack of resource-mindedness. One of the first areas that she may sense the signature Aquarian irresponsibility is in his approach to finances. He’s good at making money for himself, but beyond that his skills around fiscal responsibility tend to diminish rapidly. This can drive fiscally conservative Capricorn crazy.

His constant challenging of authority and tradition. Capricorn appreciates Aquarians resolve to live by his own standards and ethics, but she grows weary of his constant thwarting of society’s rules and expectations. She may see that he’s ahead of his times on many issues, but on some topics, she resoundingly disagrees with him.

The Capricorn woman will typically have a bigger sexual appetite than her Aquarius. She gets a thrill out of sex and is down for it pretty much anytime. Aquarius is not as enthused as she is, and can have a hard time keeping up with her libido.

The pace of sex itself can be a bit off-kilter, too. Capricorn is earthly, slow, and sensuous, while Aquarius is a bit jerky, more in his mind, and likes a fast, spontaneous rendezvous. She might find his approach to sex relaxed and playful, but lacking in sensuality.

If they can click, there’s great potential for passion here. A good base of friendship and understanding, paired with attention to balancing scheduling with spontaneity can go a long way in their shared sexual lives.

The score may be low, but these two do have some things going for them, as neither is needy and both are on the low end of emotional expression. It’s easy for them to exist together, as they won’t find themselves juggling the other’s messy emotions often.

Communication should flow pretty easily between them. They both have practical minds, are capable of high-level thinking, and aren’t shy about speaking their truths.

Still, it can be hard for Capricorn and Aquarius to make things work long-term. Capricorn’s conventional qualities vs Aquarius’s unconventional ones can create rifts that they find difficult to resolve.

Even when their relationship feels firm, if a conflict about differences comes up, they may struggle to address it with enough liveliness to find a solution. Both can be cold, and they run the risk of letting larger differences linger and cool their affection for each other.

There’s certainly staying power if they choose to commit to one another. They both value consistency and loyalty in long-term committed relationships. So long as their values don’t clash too much, they should find success.